« Argentina to Miami, a bridge worth building | Main | MDLIVE makes change at the top; new CEO at helm » 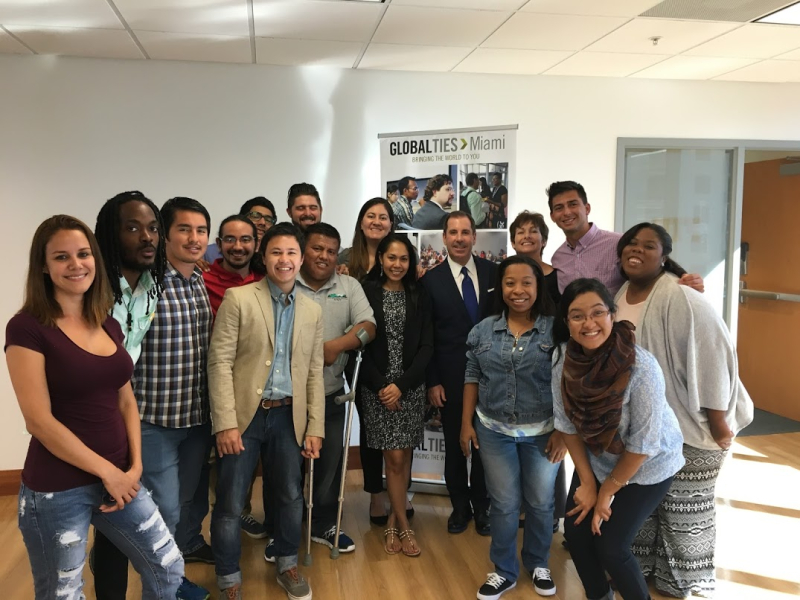 On Friday, November 4, young entrepreneurs from Latin America and the Caribbean pitched their business plans to a panel of local judges at Florida International University’s Brickell campus. The pitch session was the final event in the month-long Young Leaders of the Americas Initiative (YLAI), a fellowship program initiated by President Obama and funded by the U.S. Department of State, Bureau of Educational and Cultural Affairs. The program matched 250 emerging social and business leaders from Latin America and the Caribbean with local mentors in 21 city hubs across the U.S.; 14 of them did their residency in Miami with the help of Global Ties Miami, a non-profit that has been facilitating citizen diplomacy through cultural, educational and professional exchange tours since the 1950s.

YLAI set out to establish networks between young leaders and business mentors across the hemisphere. While in Miami, the fellows worked with their mentors for take-aways they could apply to their existing startup ventures back home.

The mentors and hosts were as diverse as Miami’s international business community. Fellows ranged from a cacao farmer in Belize to an Augmented Reality app developer from Trinidad and Tobago, to an environmentally conscious shoe manufacturer from Peru and a bespoke seamstress from Costa Rica, among others.

Some of the hosts were themselves Miami startups that have moved beyond the alpha phase: a biscuit manufacturer from Guyana worked with Lemon City Tea; the owner of a brand management company in Paraguay received mentorship from The New Tropic; and an e-commerce businessman from Nicaragua learned about tech business models from Tesser Health.

All of the fellows have founded businesses that are poised for next-level growth. They came to the U.S. to learn best practices from their mentors and to explore ways of developing their homegrown ideas within an international network.

“We were thrilled to host this group of inspiring young entrepreneurs in Miami,” said Emilie Baird, Director of Programs for Global Ties Miami. “The YLAI program contributed to deeper community connections and collaborations, both internationally and locally.

Nomad Tribe Shop and Lemon City Tea, who were both hosts and have since partnered, or the partnership that has developed between David Medina, founder of Qubo (Queer Bogotá, a non-profit that works to build self-esteem in the LGBT community through sports) and his host organization, the World Out Games, a major olympics-like event that will be coming to Miami in 2017.”

During the pitch session on November 4, each fellow had four minutes to present their business models to a panel of judges for the opportunity to compete in a national competition in Washington, D.C. with other fellows chosen from the 21 host cities. The final winner is set to win a cash prize to use for business development at home.

The third place winner, Guillermo Jimenez worked with mentor Humberto Lee of Tesser Health and is the founder of Eleganza Boutique, an e-commerce platform in Nicaragua. E-commerce giants E Bay and Amazon don’t sell products in the country of six million where most people are wary of online shopping -- only 20% are active, according to Jimenez. The entrepreneur seeks to build trust and to “become the Amazon for Central America.” He currently sells imported merchandise via the Facebook marketplace but the business will grow with a proprietary website.

Second place went to Bahamian entrepreneur Ashleigh Rolle, who saw room for improvement in travel options to connect the 700 islands that make up the nation. “It’s Uber for boat travel,” she said as she explained Skipper, an online platform that connects local commuters and travelers to boat captains operating in the Bahamas. Rolle’s mentor was Nicholas Scherb of 26 North Yachts, a brokerage based in Fort Lauderdale.

The current YLAI program will continue into Spring of 2017, when some of the mentors will travel to their fellows’ countries for continued professional learning exchanges. 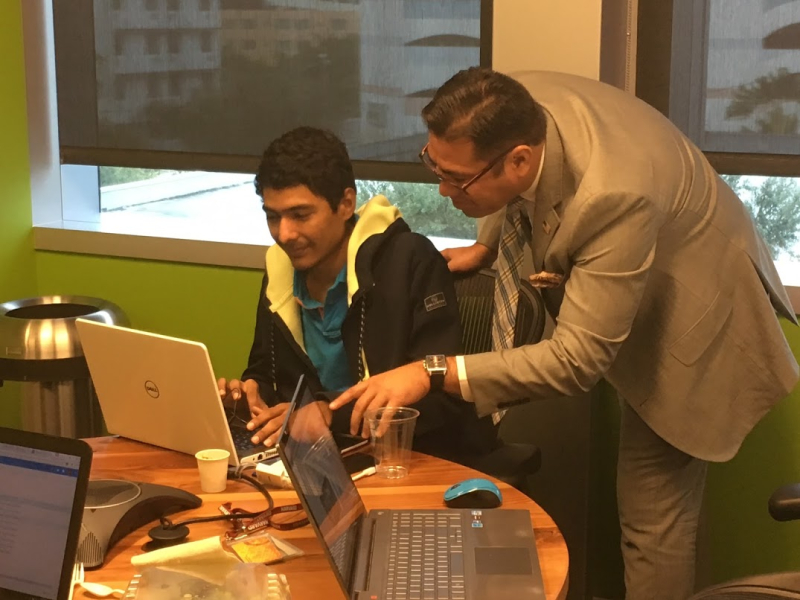