Why mobile payment tech is leap-frogging in Latin America 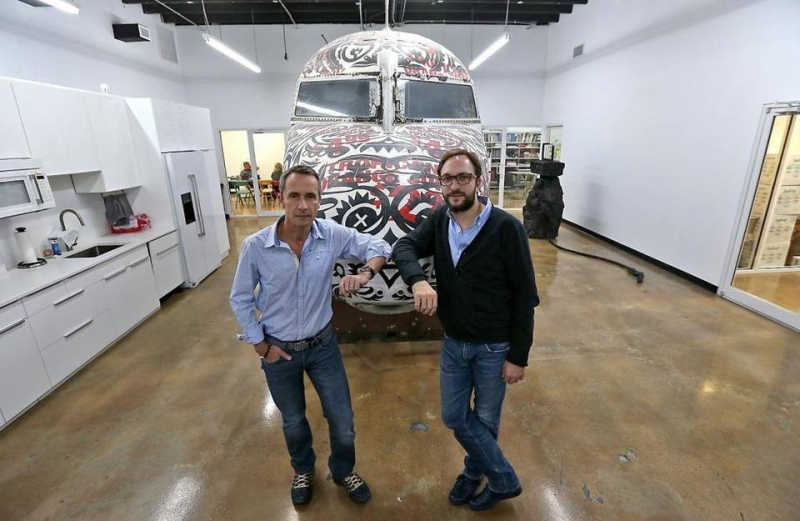 YellowPepper, a Miami-based tech company, is undergoing a growth spurt, recently deploying its mobile payments technology in Colombia, Ecuador and Mexico and looking to expand to other Latin American countries. To further power that growth, Volta Global, run by emerging markets specialist Marko Dimitrijević (pictured above at right), recently became an investor in YellowPepper, run by Serge Elkiner (pictured above, left).

YellowPepper has done this before. Years ago, the YellowPepper team targeted the untapped Latin American mobile banking market and developed a state-of-the-art platform to enhance the overall consumer experience. While continuing to grow the mobile banking side of the business, YellowPepper is now focused on another untapped opportunity: mobile payment solutions for consumers in the region. The company, founded in 2004 in Boston, provides financial institutions with the latest technology that alters the way in which consumers and retailers transact.

YellowPepper is undergoing a growth spurt, recently deploying its mobile payments technology in Colombia, Ecuador and Mexico and looking to expand to other Latin American countries. To further power that growth, Volta Global, run by emerging markets specialist Marko Dimitrijević, recently became an investor in YellowPepper. The terms of the investment weren’t disclosed, but Miami-based YellowPepper has raised more than $40 million in venture capital to date, making it one of the highest funded early-stage fintech companies in Miami.

With such a large market opportunity, mobile payments continues to attract attention in the venture capital community. The global mobile wallet market is expected to reach $635 billion by 2020 from $113.5 billion in 2015, increasing 41 percent annually between 2015 and 2020, according to Research and Markets. The turning point, many experts cite, is the growing availability and use of mobile phones. With the mobile and financial expertise of CEO and co-founder Serge Elkiner coupled with the emerging markets and investment experience of Volta, YellowPepper is poised to exceed its expansion goals in the coming months, the company said.

On the heels of YellowPepper’s success in the Latin American mobile banking space, the Belgian-born Elkiner moved the headquarters to Miami, where offices of U.S. and Latin American financial institutions are based and a growing number of fintech companies have set up operations. YellowPepper, now with a team of 68, currently partners with top financial groups and institutions, including FIS and MasterCard, in the region and is poised to launch in Peru and the Dominican Republic shortly. After years of heavily investing in research and development, YellowPepper turned profitable last year.

The tech company is hiring, too. It is looking to add up to a dozen engineers to its Miami headquarters, located in art-adorned offices in Wynwood. YellowPepper now has about 16 employees in Miami.

Dimitrijević, who has been investing in emerging markets for more than 25 years, has recently focused on frontier markets, or smaller emerging markets beginning to take off, and recently authored a book, “FRONTIER INVESTOR: How to Prosper in the Next Emerging Markets.” Prior to founding Volta, the Stanford MBA graduate ran hedge fund company Everest Capital, which managed more than $3 billion in assets at its height, but a single bad bet in January 2015 wiped out one of its funds after the Swiss National Bank unexpectedly removed the franc’s exchange-rate cap against the euro, sending the currency surging, media reports said. He returned investors’ capital, later started Volta and now invests with his own funds, making strategic investments. “I set up Volta Global as a private investment group and we do both public and private investments, and that’s how we got to meet YellowPepper,” Dimitrijević said.

To get the view from both sides of the table, the Miami Herald met with Elkiner and Dimitrijević before the holidays and asked about YellowPepper’s growth, recent developments and the future, as well as about frontier investing and why YellowPepper falls into Dimitrijević’s investment wheelhouse. Here are excerpts from that conversation.

Q. I know you are actively hiring in Miami. How will you use the new funding, Serge?

A. To support our growth. We’ve been able to grow internally in markets where we were growing very fast, Colombia, Ecuador and Mexico, and we are launching our mobile payments in the Dominican Republic and Peru. We already had a strong presence in Peru in mobile banking for the past 10 years. We are also in Bolivia with mobile banking.

Yepex is our mobile payments platform and we develop separate white label products with financial institutions from the platform.

For our mobile payments solution, we have more than 100,000 users in Colombia and it is growing every day, Today it is our biggest market.

In Colombia, Ecuador and Mexico, 220,000 merchants are currently enabled with our mobile payments technology. In the next four to six months, there will be 365,000 merchants coming on board.

Q. Marko, you have a new book on investing in frontier markets and mobile payments is one of the themes of investments that is growing in Latin America. Why do you believe in mobile payments?

A. We’ve seen the story before. We have been early investors before in several frontier markets and we saw a leap-frogging in some of those countries. For example, in some countries only a fortunate few had a fixed-line phone and basically [the countries] skipped directly to mobile and everyone has a mobile five years later. We see that in payments in countries like Kenya, where very few people had a bank account but went directly to apps and mobile and we think the same story is happening in Latin America, particularly in Ecuador and Colombia, which are frontier countries. And we believe YellowPepper is really at the forefront in Central and Latin America and that is really exciting.

Q. What is a frontier market?

A. Frontier markets are smaller emerging markets. Think emerging markets of the future. Twenty years ago few people focused on India, few people focused on Russia and even fewer focused on China — they were all novelties. Few people today focus on Ecuador or Colombia or the DR or Vietnam or Bangladesh, but those will be the markets of the future. You catch them at their inflection points, right before the hockey stick starts to turn up. That is what is so exciting about those markets.

In Latin America, that is everything but Brazil, Mexico and Chile — it’s a very, very large market.

The frontier markets — that’s where the growth is in the world. In the large emerging markets, Russia, Brazil, China, all are slowing or have slowed over the past five to 10 years. If you look at the top 75 fastest-growing economies in the world, 71 are in the frontier markets. They are starting at a much lower base and are going to be growing much faster over the next 10 to 20 years.

Q. Marko, what attracted you to YellowPepper?

A. The people, and obviously they have been at it for a number of years. They have built a cohesive and attractive team and created something we think is a very powerful mousetrap and building it in our backyard. It’s exciting for Miami to have a company of this caliber here.

The potential growth for YellowPepper is much higher than a company doing a similar thing in the U.S. or a more developed emerging market.

Most people don’t realize how attractive the frontier markets are because they are all individually small. But when you take them all together as a group they are larger than the U.S. or China. That’s why it is remarkable when companies like YellowPepper get on our radar screen because they have taken advantage of this very powerful force and the fact that the demographics go in favor of those markets. YellowPepper focuses on the most attractive segment, 15- to 34-year-olds, the early adopters, and those are massively located in frontier markets.

Q. What’s next for YellowPepper, Serge?

A. One thing is consolidating the markets where we are right now. By the end of the second quarter [2017] in Colombia you will be able to make mobile payments in 100 percent of the shops that take credit card or debit cards. That’s 250,000 merchants, and 100 percent of that is based on our technology.

And expansion. In the last 18 months, we have built the second generation of our platform. It’s an inhouse platform that connects to international platforms, like Mastercard, Visa, American Express and other institutions in those countries. We are also integrating with Facebook messenger for our clients. Given that we are connected to these global platforms, the technology we built is fully deployable globally. This changes the story for us.

Right now we can pitch a bank in Vietnam, for instance. … What we learned and have done in Latin America is totally applicable to other markets that are similar, such as Southeast Asia. We could in the future do a distribution deal to push our technology outside of Latin America and this was not possible 18 months ago. Now it’s completely viable.

The potential is huge. But Latin America is still virgin territory for us. … We’ve built the highway and any cars that want to use it are welcome to come and pay the toll and use it. It cost us a fortune to build it, but now the value is there.

Q. And what is your biggest challenge?

A. People still don’t understand that it is more secure to do things with your mobile phones. There is a lot of work still ahead of us in the markets we have been strong.

Tokenization of the transaction means the credit card or account number of the debit card is no longer part of the transaction. What goes through is a one-time generated number used for that transaction. If someone steals your token, they can’t do anything with it. There is a lot of security around that and so far we have had no problems.

Q. Who are your users?

A. In Colombia, I can tell you there are almost twice as many millennials using our product … than the traditional credit card and debit card. … We have 63 percent in the 18-35 segment. Another statistic that is very interesting: 65 percent of our users have used [our product] twice already meaning they are becoming repeat users. The challenge is breaking that barrier with the consumer so they use it the first time, but the first time they use it, they are likely repeat users.

Title: CEO and co-founder of YellowPepper, a Miami-based company that provides mobile banking and payment solutions across Latin America.

Education: Bachelor of science in accounting from Boston University.

Title: Founder and chairman of Volta Global, a private investment group. Author of “FRONTIER INVESTOR: How to Prosper in the Next Emerging Markets” (Columbia University Press, 2016).

Crowdfunding for all: What it means for entrepreneurship and economy

Q&A with EcoTech Visions’ Padwe Gibson: Going green from the ground up