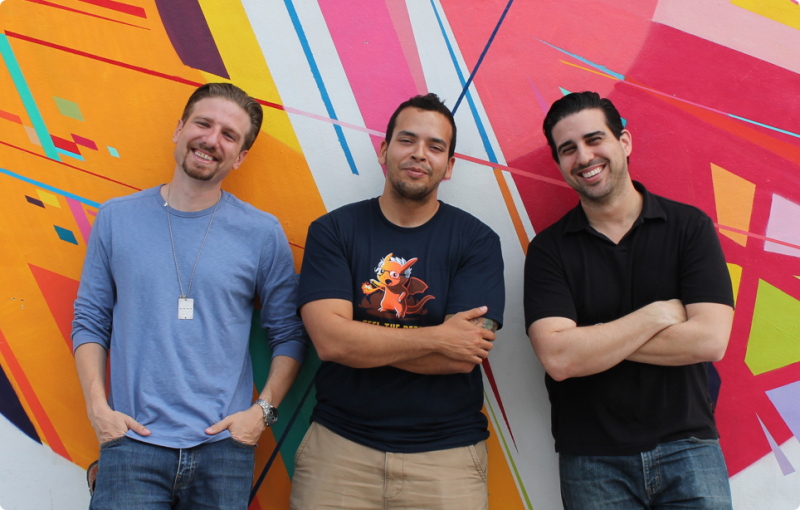 Net2Phone, based in New Jersey, will be integrating LiveNinja’s messaging technology into its new product now in development, called PicuP, a self-service communications platform that gives small and medium sized businesses tools to professionally answer, route and manage their inbound calls at an affordable price. LiveNinja, a team of 14, will stay in Wynwood, and will immediately add employees to enhance and support PicuP. Terms of the transaction weren’t disclosed.

“This is a big deal for us because we are joining a company that is just as bullish about the future of our product as we are,” said LiveNinja CEO Will Weinraub, who founded the company with Emilio Cueto and Alfonso Martinez (pictured above). “It just became clear that if we were going to scale this thing and reach the audience we were trying to reach, we needed additional resources and someone who believed in it to take it further. The two platforms complement each other well, and we can get the product out to market faster and reach a bigger audience.”

Was it the team or was it the tech? Net2Phone, founded in 1990 to pioneer VoIP communications, was attracted by both, said Zali Ritholtz, Net2Phone’s chief operating officer, who met Weinraub through a mutual acquaintance. Net2Phone had already built the extensive telecom components to its PicuP product and was planning to add live text messaging, but changed course after seeing what LiveNinja had built and what hundreds of LiveNinja’s business customers were already using.

“I took a look at [LiveNinja’s technology] and in my head said wow, this is the missing piece we were about to build for PicuP and these guys have done a phenomenal job and are such an energetic and amazing team,” Ritholtz said. With LiveNinja, PicuP will become a multi-channel platform that spans phone, messaging, SMS and live chat, he added. “Now we will have a super powerful tool to provide to small and medium-sized businesses so they can communicate with their customers however they like.”

LiveNinja, founded in 2012 as a video-chat platform, changed its own course and last year unveiled its messaging application that lets companies and their customers have seamless conversations across multiple messaging and chat channels, including live chat, SMS and Facebook Messenger – the messaging channels that businesses most often use to meet, convert and serve their customers. Over the years, LiveNinja raised more than $3 million in venture funding and is also well known for serving up innovative waffles at the lively community networkers the company hosts every week in its Wynwood office.

For LiveNinja, the new owner brings resources it needed to market and scale its technology. Weinraub said he will be posting eight software engineer jobs right away, doubling the engineering team in Miami. “Everybody’s staying, we’ll still be based in Miami,” he said. “[Net2Phone] came down and saw the space, saw the energy and felt the vibe of the community and wanted to be part of the community. There will still be #WaffleWednesdays with LiveNinja. It’s a big win all around for us.”

PicuP will be launched shortly and LiveNinja will continue to offer its messaging platform as a standalone product until the full integration of the two companies’ services has been completed later this year, Ritholtz said. At that point LiveNinja’s customers will be transitioned to PicuP.

In A Facebook posting Wednesday morning, Weintraub said: "We're absolutely thrilled to be joining forces with IDT and Net2Phone to not only scale our team, but to create a one-of-a-kind product that we truly believe in. We couldn't be more excited about this next chapter. It’s been a long ride, but it feels like we’re just getting started."

Is it the team or is it the waffles -- we can't be 100 percent sure -- but congratulatory messages flowed in by the dozens on Twitter and Facebook. 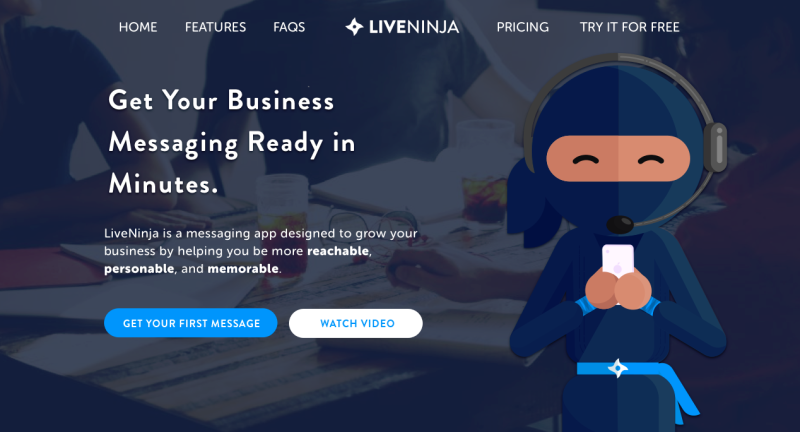 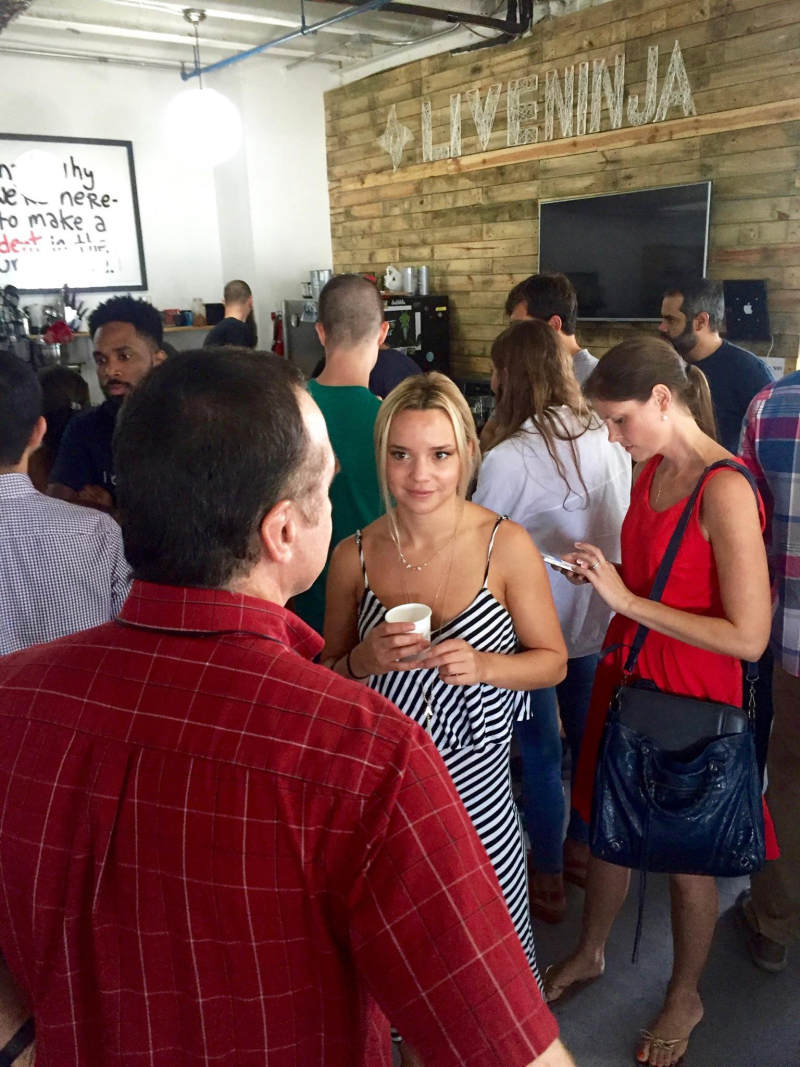