Why the Maker Movement can help bridge the social, economic and digital divides of our community 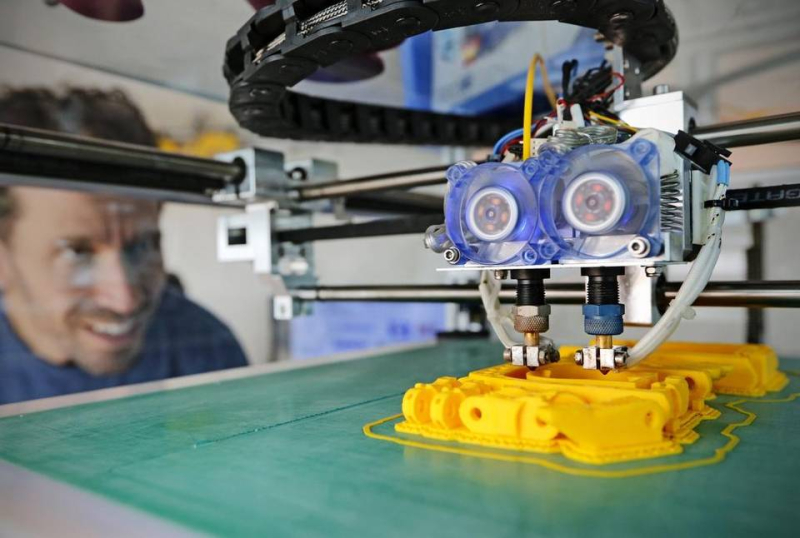 By RIC HERRERO and DALE DOUGHERTY

Makers are a global community of talented innovators — designers, fabricators, artists, engineers, educators, entrepreneurs and civic leaders — driven by personal passions and a spirit of lifelong learning and creative hacking.

You will find them from Silicon Valley start-up founders and Burning Man artisans to Havana’s cuentapropistas and Barcelona’s urban hackers. They see objects and systems not as finished things, but as collections of components that can be remixed, repurposed and reimagined to shape worlds around them.

Some are entrepreneurs like Rodolfo Saccoman. He develops innovative products in Miami Beach such as the MATRIX Creator, an Internet-of-Things development board that enables software developers to build hardware applications regardless of their skill level. Others are educators like Willie Avendano and Nelson Milian of the 01 education lab in Wynwood. They foster a sense of agency and creative confidence in young students through hands-on STEAM-based learning.

Others are using tools for social good. For instance, architects Tony Garcia and Sherryl Muriente’s wonderful Biscayne Green public space project has shown us the power of urban prototyping and open collaboration to promote public transit and strengthen communal bonds in Downtown Miami.

The act of making is rooted in play, collaboration and curiosity. It develops a mindset that enables us to see ourselves as more than just consumers, but as creators with a bias toward action. Makers love to tinker with hardware and technology, but mostly see these as a means to an end. They combine domain expertise and traditional craftsmanship with modern tools such as digital fabrication, micro-controllers and data analytics to innovate solutions for themselves and their communities.

The maker mindset helps people better bridge the social, economic and digital divides in an era of technological acceleration and dislocation. When so many of today’s jobs are expected to disappear in coming years because of advances in artificial intelligence and automation, few skills become as important as collaboration, resourcefulness, communication and creative problem-solving. The maker movement helps nurture those skills, letting us look closely at the things around us, explore their complexity and identify opportunities to add value.

For makers to prosper in a community, they require physical spaces with access to tools and expertise that foster local productivity. In Miami, the Moonlighter makerspace makes fabrication tools available to people of all ages. The Discovery Lab at FIU’s School of Computing and Information Sciences has introduced vertically integrated programs to foster cross-disciplinary collaboration. And Miami Dade College hosts the Design for Miami and Make1 programs through its Idea Center, which teach students how to apply design thinking and prototyping practices to solve problems, along with Maker Faire Miami, the region’s largest showcase of maker talent and one of almost 200 such Maker Faires around the globe.

But that’s not all cities need to be productive. They also require community organizers who can leverage resources among the city’s schools and universities, libraries, museums and large and small businesses, in order to build a well-connected ecosystem of creative and learning environments where makers can thrive. They require business associations that recognize the need for vocational programs that prepare the local labor force for the current and future job market. They require city officials who embrace open data and work with civic hacking groups like Code for Miami to improve municipal services and address challenges such as affordable housing, homelessness and adapting to climate change. Finally, they need planning and zoning boards that minimize red tape and create more favorable conditions for urban production and entrepreneurship to flourish.

We want to grow the Maker Movement to include everyone, helping them become innovators in their own lives and communities. We also seek to expand the opportunities that makers have to innovate, defining shared missions that makers can join. We’re happy to see Miami off to such a promising start and are eager to help all who want to see it go further.

Today (Jan. 20) at 4 pm: Join Make: Magazine founder Dale Dougherty and the international network of Maker Faire producers at Miami Dade College - Wolfson Campus to explore how the maker mindset is revitalizing our cities. Co-hosted by MANO, Miami Dade College and Maker Faire with the support of Knight Foundation, this event is open to the public and tickets are available via Eventbrite: https://www.eventbrite.com/e/making-the-maker-city-opening-plenary-for-the-2017-maker-faire-global-summit-registration-30470654548

Ric Herrero is the co-founder and president of MANO Americas; reach him at ric@manaamericas.org. Dale Dougherty is the founder of Maker Faire and author of “Free to Make”; reach him @dalepd. This column was first published on the Miami Herald op-ed page Friday.