University of Miami School of Business awards nearly $50K in Business Plan Competition. And the winners are...

Ventures producing a high-performance computer with a water cooling system and an online portal to help high school student athletes obtain college scholarships have taken top honors in the 2017 University of Miami Business Plan Competition, hosted by the University’s School of Business Administration. The competition winners, who took home a combined total of nearly $50,000 in first, second, third and other prizes, were announced March 30 following the final round of competition the same day. 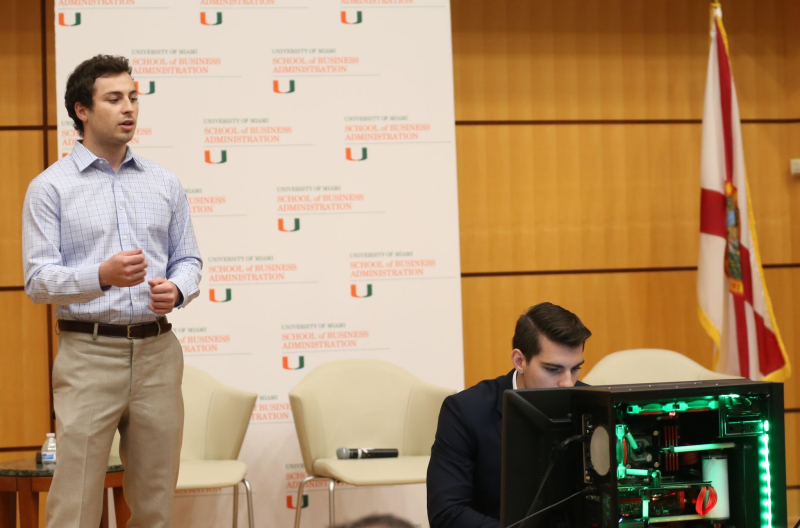 David Gantt, pictured above, an international finance and marketing major at the School of Business and Chester Montefering, an industrial engineering major, won the Grand Prize and $10,000 in the undergraduate student category for XIX Computing. Their venture aims to produce a computer system with a water cooling system to better address the high-performance computing needs of the computer gaming industry. 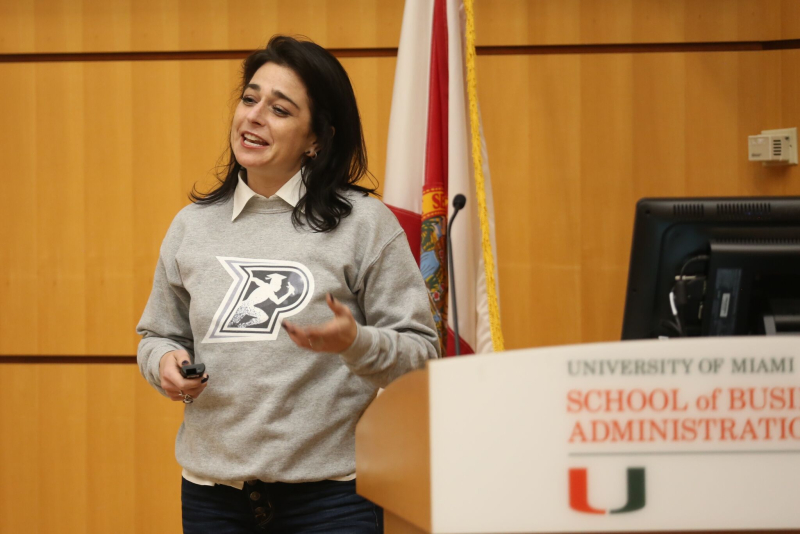 In the graduate student and alumni category, Kelly Pierce, pictured above, who graduated in 2012 as a community and social change major, took home the Grand Prize and $10,000 for her venture, Pierce Plan. It’s billed as the first SAAS LMS licensing and delivery model to automatically track academic requirements in real time to help high school student athletes more easily obtain scholarships to pay for college. Pierce also won the People’s Choice Award and $1,000. 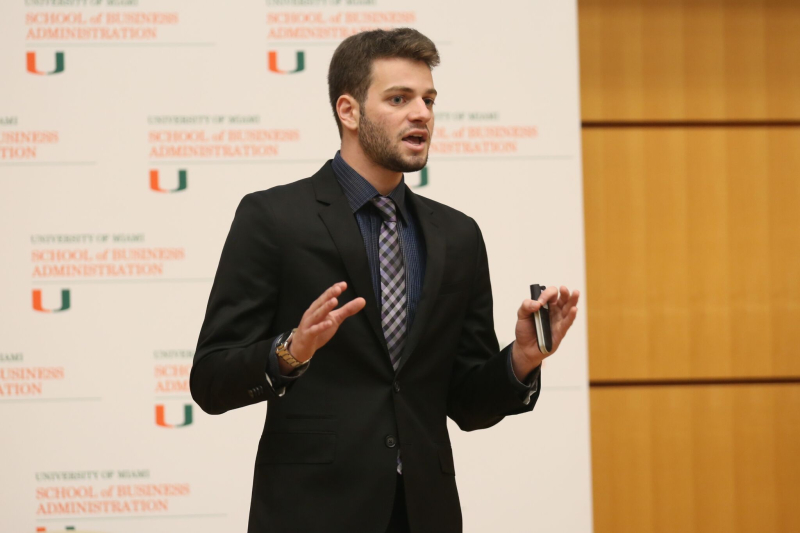 Second Place in the undergraduate student category and $6,000 went to Dylan Cohen (pictured above), a biology major, for Frest, a hand-held device and mobile application that facilitates contact information exchange. 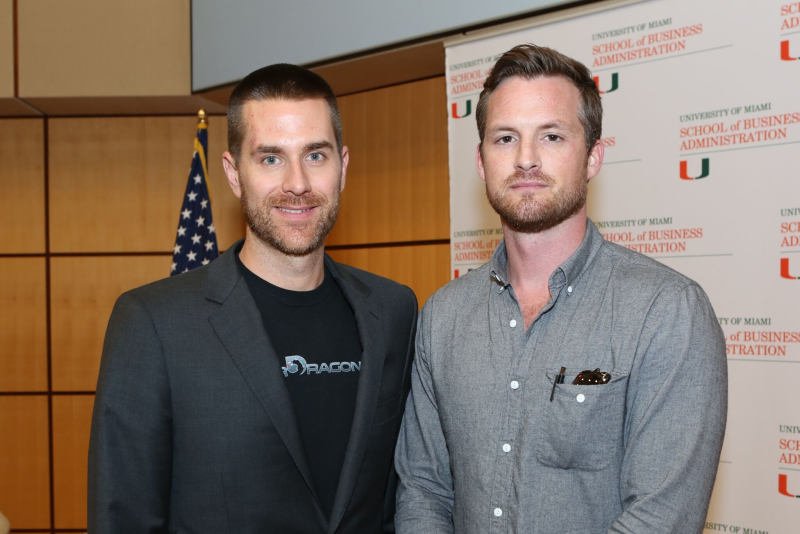 Second Place in the graduate student and alumni category and $6,000 went to Thomas R. Byrd Jr. and Jason S. Keasler (pictured above), both 2016 MBA graduates from the School of Business, along with Joe Rjeili, for VarDragons, a reality mobile game that turns airplanes into dragons through mobile devices. 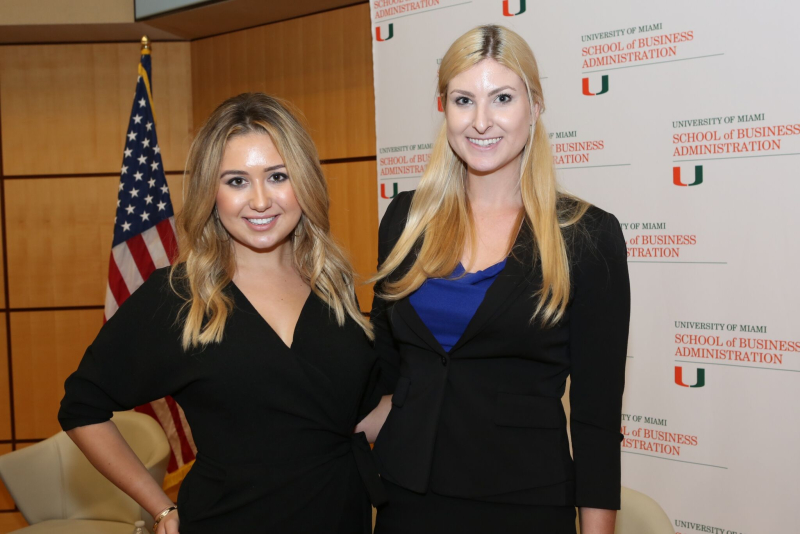 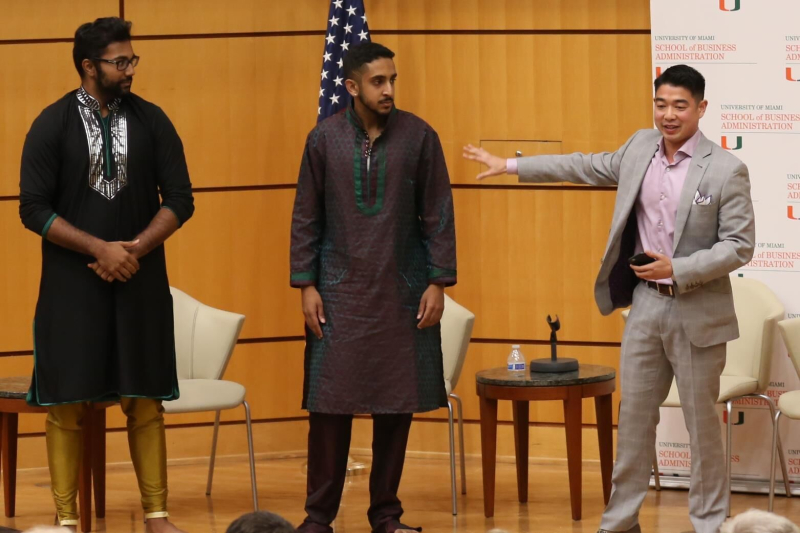 Third Place in the graduate student and alumni category and $4,000 went to Josh Fu, who graduated from the School of Business in 2010 as an international finance and marketing major, for Haathi Cloth (pictured above). The venture aims to produce modern, comfortable and machine-washable kurtas, an outfit worn at Indian weddings and dance competitions.

An honorable mention and $1,000 was presented in the undergraduate student category to Don Sirivat, an engineering major, and Kevin Fich, a computer science major, for Cleanswipe, a mobile payment platform for scheduling laundry appointments. The honorable mention in the graduate student and alumni category went to Marcella McCarthy, who graduated in 2005 as an English major, for Skillied, a web platform where schools and other institutions can list their local classes and people can book a seat.

The 2017 Business Plan Competition started last fall when 81 concept papers were submitted to the judging committee. From those submissions, 31 semifinalist teams prepared business plans and were then presented to the judges on March 29. Four winners in each of the two categories were then named to compete in the final round on March 30, with the winners named shortly afterward.

This year’s competition sponsors included Sean Goldstein, The Gomberg Family, The Heffner Family, JES Global Capital Partners, The Nunez Family, and Oscar Callejas. Now in its 15th year, the Business Plan Competition is open to all University of Miami students and alumni.

Past winners in the competition have gone on to build their ventures into businesses that have garnered national attention. They include such companies College Hunks Hauling Junk and My Therapy Journal.com, both of which have been featured on ABC Television's “Shark Tank.”

In addition to the three top prizes and honorable mentions in each category, the Paul K. Sugrue Entrepreneurial Spirit Award and $2,000 was presented to Benjamin Leis, who graduated in 2004 as a broadcast journalism major, for Comic Cure. The venture uses the unifying power of laughter to uplift and engage communities around important causes.

In the lead-up to the competition finals, UM alumni Omar Soliman, co-founder and CEO of College Hunks Hauling Junk, Jamie Rosenberg, founder and CEO of ClassWallet and Albert Santalo, founder and former CEO of CareCloud, offered their ideas, advice and insights to students at the half-day Entrepreneurship Symposium, which also included panel discussions on Miami’s entrepreneurial ecosystem and venture capital opportunities.

“Starting a business is like running a marathon,” said Rosenberg. “You have to take micro steps one at a time. But the most important thing is understanding what’s driving your heart.”

“It has never been easier to become an entrepreneur,” added Santalo. “There are many great platforms to help you launch a business with very little outside funding. If you are serious about your idea and willing to work hard every day, I encourage you to jump in. Otherwise, you’ll be watching from the sidelines.”

- Submitted by University of Miami