« Linda McMahon, from WWE to now heading the SBA: ‘I’ve walked in their shoes’ | Main | You be the judge: Vote in the Business Plan Challenge People's Pick »

What would a venture capitalist say about that? Startups get chance to find out 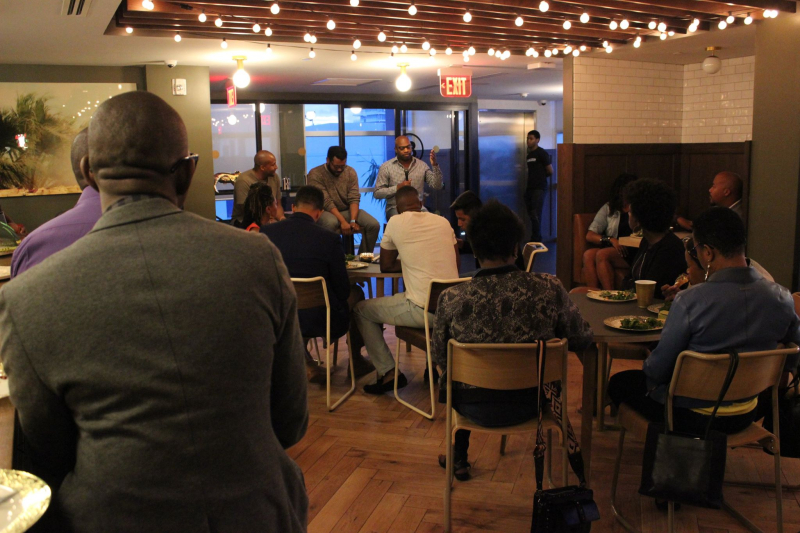 At a recent conference Pearson talked Marlon Nichols, co-founder and managing partner at Cross Culture Ventures and former investment director at Intel Capital, into agreeing to be Code Fever and Blacktech Week’s first VC in Residence. As part of the program, thought to be one of the first of its kind, top venture capitalists will spend a month in Miami advising and guiding black, Latinx and Caribbean entrepreneurs. Nichols, who generally splits his time between offices in L.A. and Silicon Valley, took up residence at WeWork earlier this month and has been holding office hours, fireside chats and lunch and learns that will continue throughout the month to help sharp founders think through the businesses that they are building.

It wasn’t a hard sell and the arrangement is benefiting both sides of the table.

“You can’t beat coming to Miami in April, but more importantly, Miami is rich in culture and our investment thesis is about understanding global culture to try to predict where consumers are going to spend their dollars,” said the Jamaican-born Nichols, who leads one of the relative few black-led venture capital funds in the U.S. “Black and Latinx cultures have been known for early adopters, so for understanding what is going on in those communities as well as the Caribbean community, Miami is a melting pot. For me it is a lot of learning.”

The new VC in Residence program is one of a number of Code Fever initiatives, which include producing Blacktech Week and Weekend, and it recently received $1.2 million in Knight funding. Entrepreneur-in-residence programs are commonly hosted at universities and accelerators to support entrepreneurs, solve problems and help innovate. Code Fever believes that borrowing from this model and inviting VCs to spend a month in residence in communities where there’s little access to funding can help reshape the way black communities are valued in the innovation sector.

It’s a big challenge. Only about 1 percent venture capital funding goes to black founders, and only 13 black women founders in the entire nation have raised a million dollars or more in venture capital.

In the half-hour office hour visits so far, Nichols has met with tech startups developing products or services for student debt, media content, cloud-based secure storage, educating inmates, dentistry and others. Most of the entrepreneurs are not yet at the stage for venture capital or do not have appropriate businesses for that kind of funding, but the door is still open.

Some were interested in advice for preparing themselves for investment, others wanted mentorship on starting up or just wanted to talk strategy. And it hasn’t been all tech — Nichols met with a cupcake entrepreneur who wanted to talk about the best way to grow her business.

And when companies are ready for investment, he wants to know about them. “I think gone are the days when all investments happen in Silicon Valley. ... Amazing companies can be created any where in the world and I want to keep my finger on the pulse of that. ... The biggest thing I will get out of this is developing a network here – with entrepreneurs I will keep in touch with, with angels here and organizations. They will help be eyes and ears for great investment opportunities here.”

Last week, Nichols hosted entrepreneurs Brian Brackeen of Miami-based Kairos and Chris Bennett of Wonderschool and Soldsie.com for a fireside chat, dinner and networking. Bennett grew up in Miami but moved to San Francisco in 2009. While both entrepreneurs have raised millions in venture capital and angel funding and gave advice on that, they also dished on the realities of startup life — including 180-degree pivots, botched pitches with important VCs, building and overbuilding without reaching product-market fit and somehow keeping a team focused through the toughest months. We also learned that Brackeen wakes himself up at 3 a.m. because he does his best work then, but don’t bother him at 3 p.m. — that’s nap time.

Bennett is a big proponent of accelerators – he participated in NewME and 500 Startups — and he said he would do another one today. He also said the benefit to Silicon Valley is there are so many entrepreneurs, engineers and investors to learn from. “Talk to as many VCs as you can, because you learn what they care about. ... The best way to get ready for talking to VCs is to join an accelerator. The next best way is to surround yourself with entrepreneurs who have been successful and learn from them,” he said.

Brackeen is bullish on the 305, including on the number of angels in South Florida and the growing infrastructure such as co-working spaces and accelerators — and maybe soon, innovation districts. “You can have the same success as a San Francisco company if you find the right people, find the right lawyer, find the right investors. There is not one model for the result,” he said.

Coming up on Tuesday is a lunch and learn with Silicon Valley startup attorney Brian Patterson and a fireside chat with Diishan Imira, CEO and co-founder of Mayvenn. Pearson and Hatcher plan to bring more VCs down. Find more information about the VC in Residence program at blacktechweek.com/funding.

For his part, Nichols said he has been impressed so far with the potential of Miami.

“Successful ecosystems have universities spinning out technologies and talent, investors and angel groups, accelerators and co-working spaces — and challenges unique to those communities, that is the biggest thing. I don’t want to invest in the next Uber or the next Lyft. I want new market creators. What are big pain points for people in Miami that haven’t been met? Let’s figure out what those are and go solve them.” 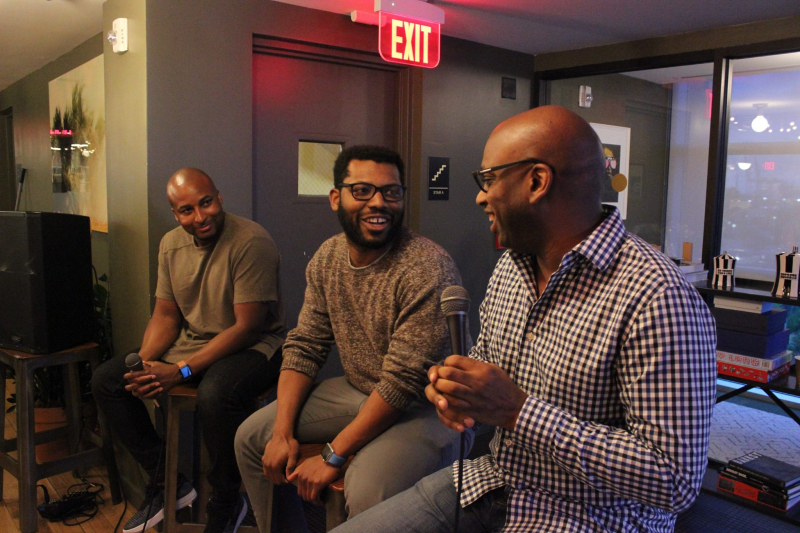 Marlon Nichols, co-founder of Cross Culture Ventures, Chris Bennett, founder of Soldsie.com and Wonderschool, and Brian Brackeen, founder of Miami-based startup Kairos, talk about startup life at a VC in Residence fireside chat at WeWork in this photo and above.