In the battle of incumbents and insurgents, collaboration and inclusion will set Miami innovators apart 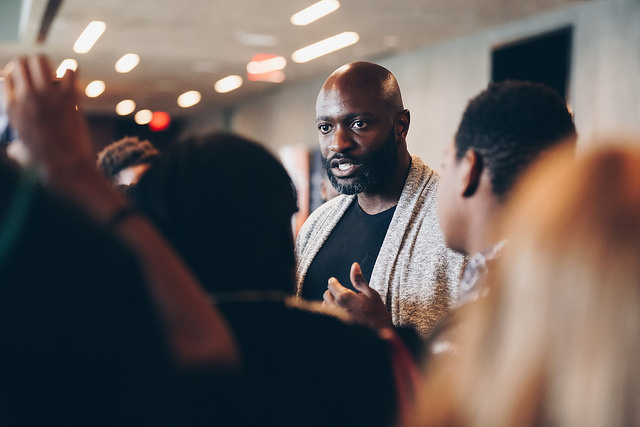 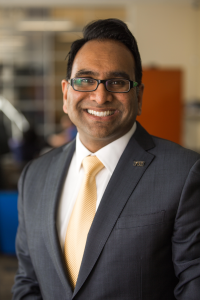 "Social infrastructure enables Innovation & Disruption"---Ime Archibong, vice president, Partnerships, Facebook. This was the resounding message and charge from our opening keynote at Innovate Miami (pictured above).

Startup companies are known as the insurgents, competing against established incumbents that include corporations, government and institutions. A battle of institutions versus innovators becomes a zero-sum game.

We know that the forces of Disruption don't have to be negative; collaboration and inclusion can bring benefits to our economy as a whole. We can make this happen in the 305.

That was the theme of the first ever “Innovate Miami: A Catalyst for Disruption Summit” hosted by the Greater Miami Chamber of Commerce Disruption Workgroup.  The Disruption Workgroup was created as part of the vision of GMCC chair and president of FIU, Mark B. Rosenberg, to create collisions between established businesses and the innovators that call Miami home: across a wide range of sectors represented by our Technology, Resilience, Innovation/Entrepreneurship & Sharing Economy committees.

Our convening provided a space for connections to evolve between innovators, legacy businesses, startups, students, and civic leaders, and allowed experts and upstarts to share their knowledge and insight.

The objective:  To prompt people to think about what market forces are driving disruption across a wide range of sectors and to harness the winds of disruption to drive impact in their respective sectors.

The main attraction of the event was Ime Archibong, the vice president for Partnerships at the king disruptor, Facebook. Archibong touched upon several points: using technology as a means to creating higher quality human interactions and not a mere end, in and of itself; how Facebook (now an incumbent) is working with local developers across the world to help develop their products; and some of Facebook’s newest endeavors including global connectivity, Oculus, artificial intelligence and Facebook at Work.

Afterwards, Archibong sat down with a group of 30 students from Miami Edison Senior High School, to talk about the work Facebook is doing with preparing the younger generation for tech, and how they could use the platform for their benefit. Some students asked about opportunities to be involved with Facebook, and others asked how they could use the platform for some of the initiatives they had formed, including a nonprofit that one student has already launched.

Our lunch was keynoted by one of Miami’s greatest innovators, Felecia Hatcher, founder of Black Tech Week and Code Fever. Hatcher has made it her mission to include historically under-represented communities in the innovation ecosystem. Her talk was centered around the idea that Miami can set itself apart as a mecca for innovators if it finds a way to authentically bring together the incumbents and insurgents. This will allow innovation accelerators to thrive here. The hard part: finding ways to include our entire population in our efforts and making sure that all of Miami has the same opportunities to participate.

Overall, the message that resonated throughout the entire day was that collaboration is essential for the rise of Miami as a global and forward thinking city.

In Hatcher’s own words: “If your dream doesn’t include anyone else, it isn’t big enough.”

Saif Y. Ishoof is Chair of the Greater Miami Chamber of Commerce Disruption Workgroup and Vice President for Engagement for Florida International University. 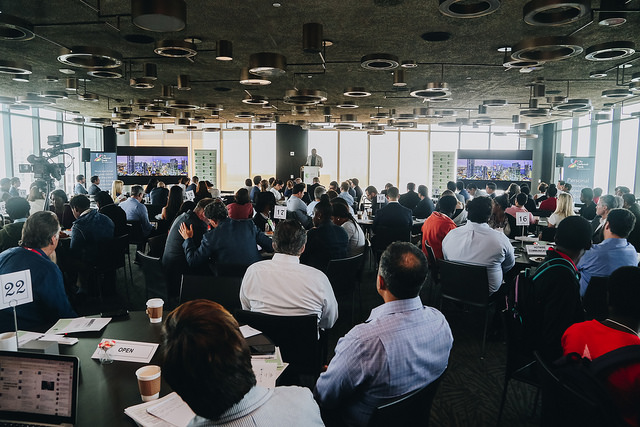 The inaugural Innovate Miami: A Catalyst for Disruption Summit was hosted by the Greater Miami Chamber of Commerce Disruption Workgroup. Photos were provided by the chamber workgroup.

In connection with the Summit, the Chamber announced its Technology Companies of the Year awards. Here are the winners:

Best Use of Technology: Tesser Health