« Argentina to Miami, a bridge worth building (Part 7) | Main | How to apply for next cohort of 10,000 Small Businesses program » 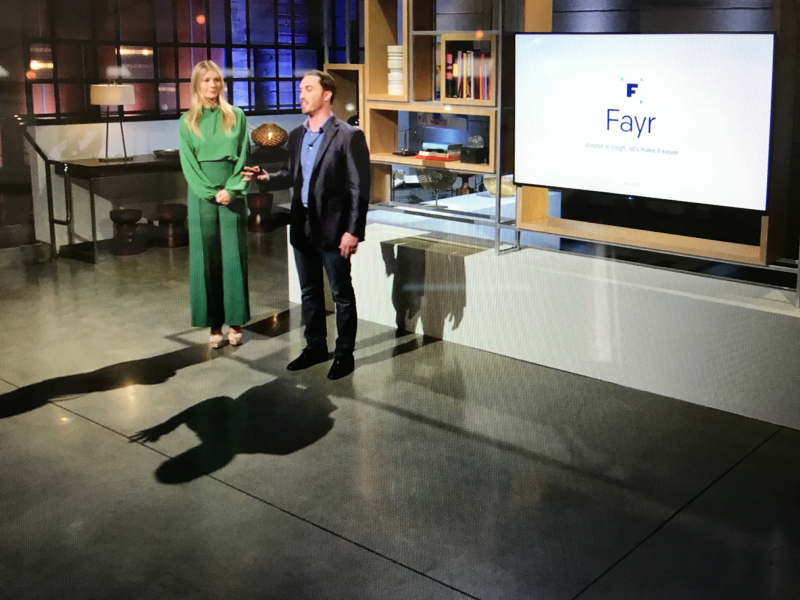 Michael Daniels, with Gwyneth Paltrow, making his presentation for "Planet of the Apps."

Fayr app was created by a divorced dad in Weston

Weston resident Michael Daniels and his new iTunes app, Fayr, were featured on  Apple Music’s “Planet of the Apps” this week. Daniels, a divorced dad with two young children, created Fayr to help divorced parents streamline family management, such as scheduling and budgeting.

The app won the support of “Planet of the Apps” judges and Daniels secured a partnership with Academy Award-winning actress and “conscious uncoupling” advocate Gwyneth Paltrow, who's now an advisor for Fayr. This week, Fayr was the featured app on the iTunes store.

Daniels, 37, a custom home builder, says he was inspired to create Fayr when the challenges of co-parenting began to overwhelm him. The app creates a joint family calendar to track activities and time-sharing, and generates digital records of expenses and real-time location check-ins. It also offers in-app texting to simplify communication between parents.

“My favorite thing about Fayr is that it was created with the whole family in mind. Separating is a challenging transition for any couple. When children are involved, it’s especially tender and worrisome,” Paltrow said, in a news release. “Fayr removes unnecessary stresses and tension so parents can collaborate to create calm and stability for their children.”

Fayr is available on iOS with a monthly subscription of $4.99. An Android version is planned by year's end. More information:  www.fayr.com.