« Singularity U's Salim Ismail to be honoree, speaker at Endeavor Miami Gala. Here's what he's been up to in Miami. | Main | Matt Haggman resigns as Knight's Miami program director » 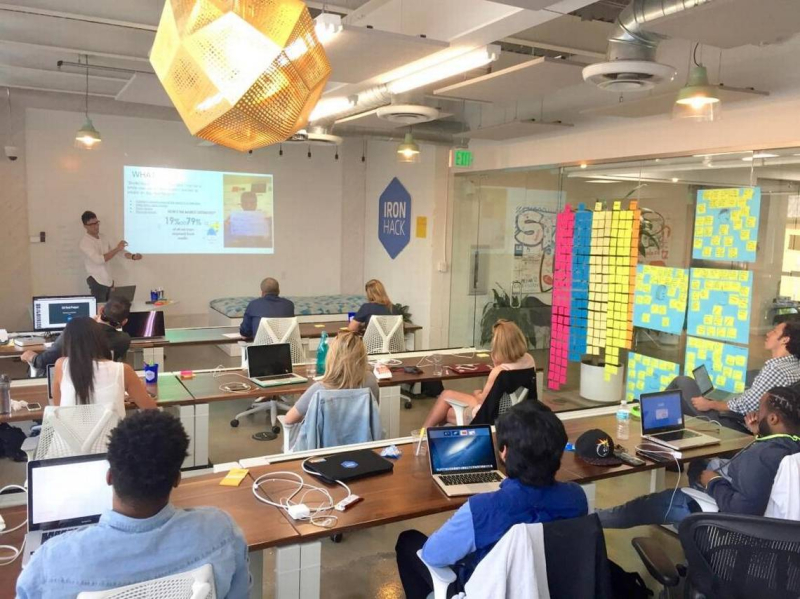 Ironhack, a coding bootcamp in Miami with campuses in Madrid, Barcelona and most recently Paris, received $3 million in financing led by Madrid-based JME Venture Capital.

The funding will be used for international expansion, including coding campuses in Latin America and Europe, TechCrunch reported.

Founded by Ariel Quinones, who is based in Miami, and Gonzalo Manrique, Ironhack launched its bootcamp in Miami in 2015 after launching them in Madrid and Barcelona. The company opened its Paris location earlier this year. Its Miami bootcamps are held at Building.co.

"We’re very excited to have JME join us as our partners. Their investment will allow us to accelerate our pace of expansion, improve our product and curriculum, and hire top talent as we continue build one of the world’s top tech schools," said Quinones in TechCrunch.

Ironhack has been part of a wave of coding bootcamps opening across the nation, including Wyncode in Miami. Its cohorts end with demo nights, and it recently provided coding school scholarships to Uber drivers and riders in Miami.