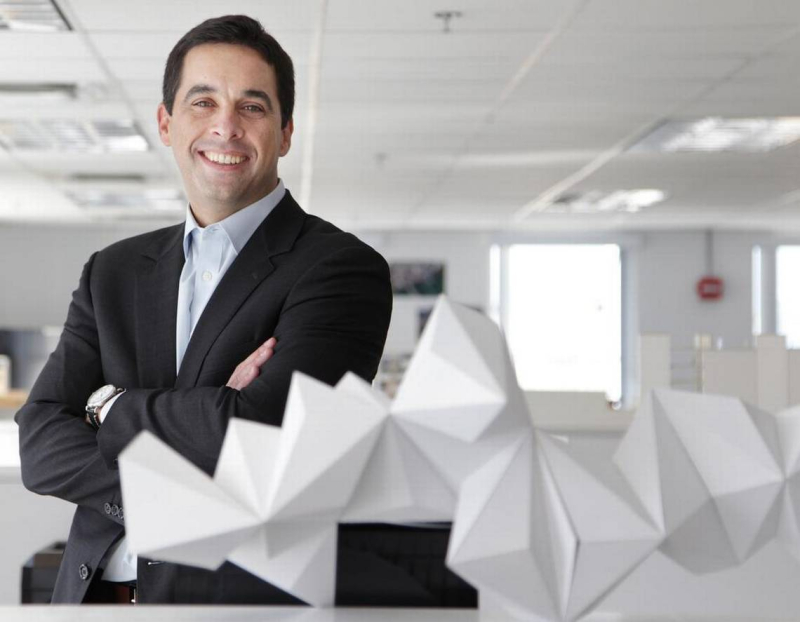 After five years largely spearheading a movement in Miami to develop an entrepreneurship hub, Matt Haggman, Knight Foundation program director for Miami, has resigned, the foundation said on Tuesday.

Chris Caines, who has served as Haggman’s associate since January 2016, will assume responsibilities as Knight interim program director for Miami, the foundation said. The resignation is effective Friday.

“It has been the best job I have ever had in my life,” Haggman said on Tuesday. “The opportunity to work with amazing entrepreneurs, amazing innovators, to re-imagine how Miami could evolve into a center for innovation and play a role in building all of that has been the greatest privilege of my life. And that work for me will continue but that will continue in different ways.”

Haggman has been rumored to be considering running for U.S. Rep. Ileana Ros-Lehtinen’s District 27 seat that will be up for grabs in November 2018. Tuesday, he would not talk about what’s next for him; all he would say is “stay tuned.”

“We intend to continue this important work and to generate a more connected, better supported community of entrepreneurs. Our goal continues to be to make Miami a hub of ideas and innovation,” said Sam Gill, Knight Foundation VP/Communities and Impact in a note sent to supporters.

“Chris has been working closely with Matt, our grantees and partners. He embodies Knight Foundation’s commitment to informed and engaged communities and will continue the work seamlessly,” he said in the note. “Matt leaves Knight with our profound gratitude for his leadership and efforts.”

After about six months of fact-finding, Haggman and Knight laid out a strategy and launched the Miami office’s focus on accelerating tech and entrepreneurship in mid-2012. Soon after Knight  made the foundation’s first investments to organizations that supported entrepreneurship, including a founding grant to The LAB Miami, one of the area’s first entrepreneurial co-working spaces. In October, Knight followed with a $1.25 million investment to launch venture-building and corporate innovation programs within The LAB.

“By leading Knight Foundation's efforts to support entrepreneurship, Matt has been the cornerstone of a renaissance in Miami tech,” said Thomas “Tigre” Wenrich, CEO of The LAB. “While we are still only in the early innings, we would not have the dynamic ecosystem we have today without Matt’s tireless work over the past five years. We will miss Matt’s presence on the board of The LAB, but we are excited to support him as he enters a new phase in his career.”

Since the founding investment in the LAB, Knight has made grants or investments ranging from about $20,000 to more than $2 million to over 200 organizations, events and projects, from funding the weekly Waffle Wednesday gatherings in Wynwood to supporting a number of education programs, startup accelerators and coding school scholarships to funding the relaunch of Accelerated Growth Partners, an angel investing network.

Some of the larger investments over the years include: $2 million committed to bring Endeavor, a global organization that supports high-growth entrepreneurship, to Miami in 2013 for its first U.S. chapter; $2.18 million in 2014 to help launch the Miami Dade College Idea Center, a campus-wide entrepreneurship program; $1.25 million announced in 2014 to help bring LaunchCode, a tech apprentice program, to Miami; $1.5 million for eMerge Americas, a homegrown technology conference, as it headed into its second year in 2015; $2 million to bring Startupbootcamp to Miami, an accelerator for digital health that launched in 2016; and in February, $1.2 million in new support for Code Fever’s signature event Blacktech Week. Knight’s funding was also instrumental for the Miami launch of Babson WIN Lab, an accelerator for women-led companies, last year.

Before joining Knight, Haggman, who has a law degree, worked at the Miami Herald as a business reporter covering real estate and then metro reporter covering politics and won several awards for investigative reporting, and during that period also got to know Alberto Ibargüen, Knight’s CEO who previously was Miami Herald publisher. Before that, he worked at the Daily Business Review.

Haggman was past co-chair of Miami-Dade Beacon Council’s One Community One Goal, Miami-Dade County economic development initiative. Haggman serves on the boards of Endeavor Miami, New World Symphony, The Underline and The LAB Miami. He is a longtime volunteer with Big Brothers Big Sisters of Greater Miami.