Entrepreneurship degree students will be taught by Facebook, Lyft, tech and media execs 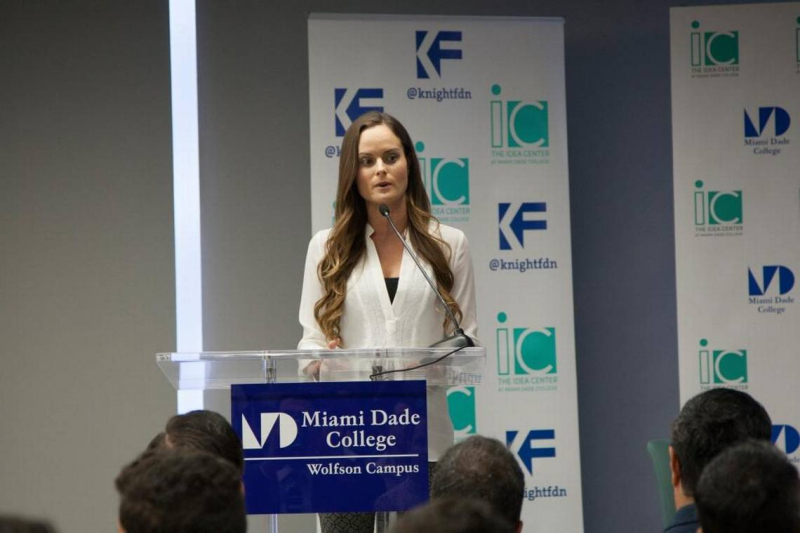 The Idea Center, Miami Dade College’s entrepreneurship hub, and TheVentureCity, a new internationally focused tech accelerator in Miami, partnered up to redesign MDC’s Associate in Science in Business Entrepreneurship degree. As a result, students will be taught by some of the region’s top business leaders.

In the two-year degree program, which kicked off Monday, the leaders will serve as instructors to mentor students in becoming visionary entrepreneurs who turn ideas into products, services, businesses and social ventures. “An engaged and supportive mentor has a transformative impact on a young person,” said Miami Dade College President Dr. Eduardo J. Padrón, in the news release.

TheVentureCity was founded by former executives of Facebook, Google, eBay and other leading companies. It launched its program at eMerge Americas in June, and at the time Gonzalez-Estefani said partnering with colleges and universities would be a pillar of its venture. The Idea Center at MDC launched in 2014. Some of its other programs include MarketHack, CREATE accelerator, CodePro, The Startup Challeng, and the Innovation Lab,

Posted by Nancy Dahlberg 08/30/2017 at 08:29 AM in Education, Resources, Women in entrepreneurship | Permalink