« Yes, it’s safe to go into the water with this startup’s invention | Main | Traffic, transit - can we solve it? Fastrack Institute will marshall tech, talent and government »

“Miami is quickly emerging as the innovation epicenter for Florida, Latin America, and the Caribbean,” said Brian Wynne, president and CEO of AUVSI.  “We are excited to join the South Florida community as drones, unmanned vehicles, and other autonomous systems spearhead the next great technology revolution.”

“Our expansion into South Florida will allow AUVSI to establish direct communication with key stakeholders at the local level,” said Brent Klavon, president of AUVSI’s Florida Peninsula Chapter and a member of AUVSI’s board of directors. “We expect to replicate this model in other parts of Florida in the very near future.” 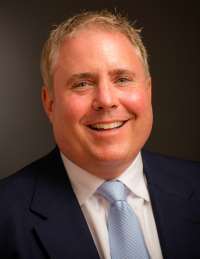 AUVSI has tapped local unmanned systems entrepreneur Christopher Todd to spearhead the launch of the new Miami Satellite Chapter.  Todd, who will serve as the interim chapter director, will look to capitalize upon the momentum already building throughout South Florida’s emerging technology corridor spanning throughout Miami-Dade, Broward, and Palm Beach counties.

“We are on the cusp of witnessing a total evolution in air-, land-, and sea-based autonomous systems,” according to Todd. “South Florida is uniquely positioned to play a key role in this transformation for a major portion of the Western Hemisphere.  This is a journey we are extremely excited about.”

The AUVSI Miami Satellite Chapter kickoff event is scheduled for Monday, Aug.14 starting at 6:00 p.m. at the 94th Aero Squadron restaurant, located next to Miami International Airport.  All persons interested in unmanned systems and technology are welcome to attend.  For more information and to RSVP, visit kickoff.auvsimiami.org