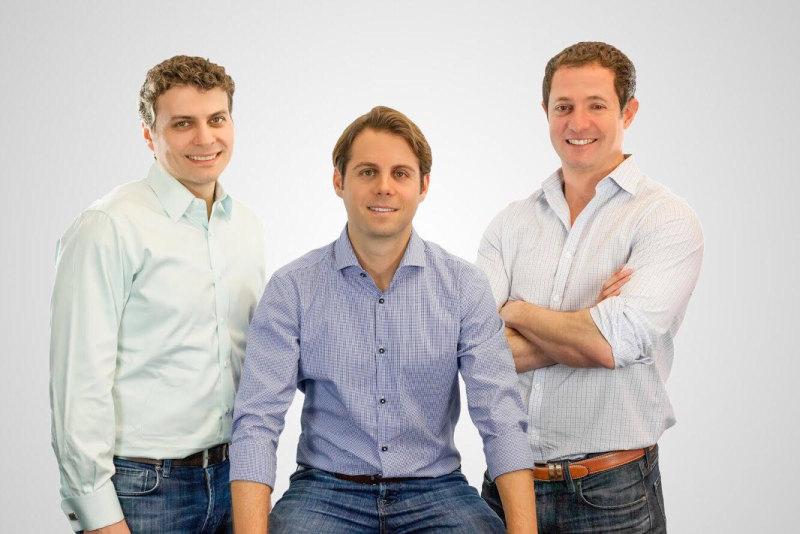 From left, Endri Tolka, Abi Mandelbaum and Taher Baderkhan are co-founders of YouVisit.

YouVisit incorporates virtual reality and other technologies in its 360 experiences for brands and organizations.

An immersive technology player is the latest South Florida company to be selected to join the global network Endeavor.

Endeavor Miami announced this week that YouVisit is now the 16th Endeavor Miami company to be selected for the network of high-impact entrepreneurship. It was selected during Endeavor’s 74th International Selection Panel in New York City Sept. 11-13. Endeavor companies receive mentorship and access to capital, global markets and talent.

While international students at Brandeis University in Massachusetts, Abi Mandelbaum, Taher Baderkhan and Endri Tolka were frustrated by the lack of affordable options for international and out-of-state students to get a better sense for what it is like to live and study at different college campuses. They launched YouVisit in 2009 to enable prospective students and families to tour colleges and universities around the globe for free from the comfort of their own homes.  In 2012, their proprietary Virtual Guided Walking Tour technology had proven so effective on college campuses that institutions in other industries, including hospitality, started asking YouVisit to build immersive experiences for them.

Today, the Miami-based YouVisit, now with nearly 100 employees, is powered by its award-winning production studio and Aria, its proprietary enterprise platform that enables brands and organizations to interact with and convert audiences through 360-degree experiences incorporating virtual reality and other technologies.

The company, which also has a big office in New York City, engages consumers across mobile, desktop and virtual reality for more than 800 clients, including the U.S. Army, Hewlett-Packard, Cisco, Hilton, Yale, Harvard PwC and the cities of Houston and Philadephia. Some clients use the YouVisit's 360 experiences for talent recruitment, while others use them for lead generation and marketing.

"Now our biggest verticals are corporate and travel an of course education," said Mandelbaum, CEO of YouVisit, in an interview Friday. "We have invested over 200,000 development hours in Aria and it is a platform that all of our clients benefit from. That's been a big reason  why our client renewal rate is above 95 percent. We continually make improvements to our platform so that our clients stay at the forefront of this changing technology. ... Now we are starting to implement augmented reality."

He said the average engagement rate of YouVisit's 360 content is nine minutes -- an eternity in online time. YouVisit clients' average conversion rate is an impressive 20 percent.

"That's what differentiates us in the space. Most people in the virtual reality and 360 content space are very caught up in the technology, while for us it is how we use this technology to enable actual business results rather than just PR," Mandelbaum said.

To that end, YouVisit is starting to work with some retail clients to enable purchasing through the Aria platform. "We've continued to grow and solidified our leadership position," Mandelbaum said. "We all feel strongly that joining the Endeavor community is only going to accelerate that."

YouVisit has won several awards, including first place at VR Fest 2016 and 2017, as well as the Science and Technology Samsung Creator Award.

“We see Abi, Endri and Taher as innovative tech leaders transforming consumer engagement through virtual reality and immersive technologies,” said Laura Maydón, managing director of Endeavor Miami. “Having achieved impressive growth and traction, these three entrepreneurs will be inspirational role models for our Miami tech ecosystem. As Endeavor helps YouVisit scale, I hope their success will bring attention to the quality of the work that’s being done in South Florida tech.”

Endeavor Miami launched its operation in September 2013 with the support of the John S. and James L. Knight Foundation. It now supports 28 entrepreneurs from 16 companies; recent selections have included Powerful Yogurt and, Pincho Factory and Citizen.  For more information on Endeavor Miami or to nominate Miami entrepreneurs,  visit www.endeavormiami.org.

To date, Endeavor Global has selected more than a thousand individuals leading over 800 high-growth companies that have created over 600,000 jobs. Headquartered in New York City, Endeavor operates in 27 countries throughout Europe, Latin America, North America, Africa, Asia, the Middle East and the U.S.