« Need help? Me, too. A woman's view: 'It is time we support one another and speak up' | Main | Innovation festival unbound lands in Miami Nov. 1-2 » 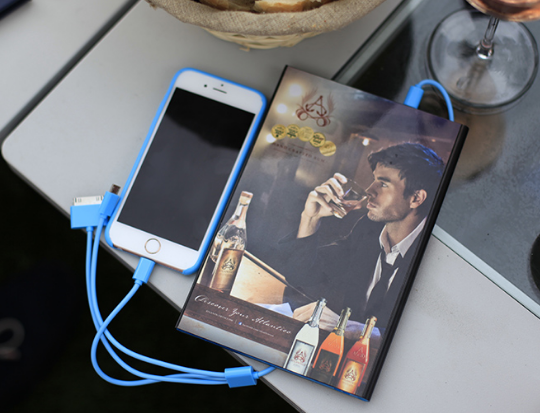 Your phone is dead – again.

In our world where a dead phone is a catastrophe, Miami startup Chargello has a solution for that. Its proprietary battery device, already available at thousands of venues worldwide, can simultaneously charge six phones three faster than a wall charger and four times faster than a battery pack. 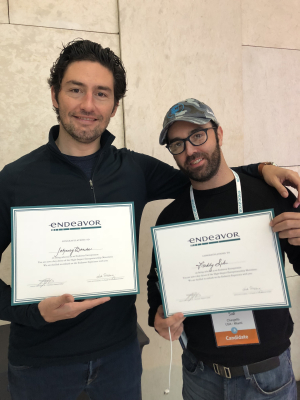 This week, the entrepreneurs behind Chargello, co-founders Johnny Bosche and Freddy Sidi, were selected as Endeavor Entrepreneurs at Endeavor’s 75th International Selection Panel held in Sofia, Bulgaria. Endeavor is a global nonprofit organization that selects, mentors and accelerates high-impact entrepreneurs.

Bosche and Sidi, both born in Latin America, founded the ad-tech company in Miami in 2015 and began selling the product last year. Chargello is focused on building a platform to solve the low-battery problem in public places, such as restaurants, hotels and airports.

The batteries not only charge phones, but serve as an advertising platform. Chargello’s batteries can be found in about 5,500 businesses across 22 countries, and the startup is working with global brands such as Diageo, Heineken and Uber. Locally, the devices can be found at Casa Tua, Cipriani, Prime 112, Morton’s, W Hotel, Confidante, One Hotel and the Collection car dealership, among many other businesses, said Bosche, in a phone interview from Sofia. Former Miami Heat star Alonzo Mourning is a shareholder and brand ambassador.

Chargello is a team of 14 in Miami, but it has more than 200 employees through partnership businesses in the countries it sells in, Bosche said.

“We’re looking to scale globally and get access to top-tiered talent. Our goal is to be in 100 countries by the end of next year,” Bosche said. “We believe Endeavor will be an undeniable resource to us as we expand.”

Endeavor Entrepreneurs receive services that include mentorship and access to capital, global markets and talent. Based in New York City, Endeavor operates in 27 countries in Europe, Latin America, North America, Africa, Asia and the Middle East, and supports more than 1,000 entrepreneurs.

Endeavor Miami launched in September 2013 with the support of the John S. and James L. Knight Foundation as the first U.S. affiliate of Endeavor Global. Endeavor Miami’s entrepreneurs are now generating close to $130 million in revenues and employ 1,600 people, according to its impact report released earlier this month.

“As we support Chargello in scaling rapidly via a robust advisory board and additional services, I am confident that Johnny and Freddy will act as role models to inspire the burgeoning South Florida entrepreneurial ecosystem,” said Laura Maydón, managing director of Endeavor Miami.