Endeavor's impact on South Florida entrepreneurship: It's in the numbers 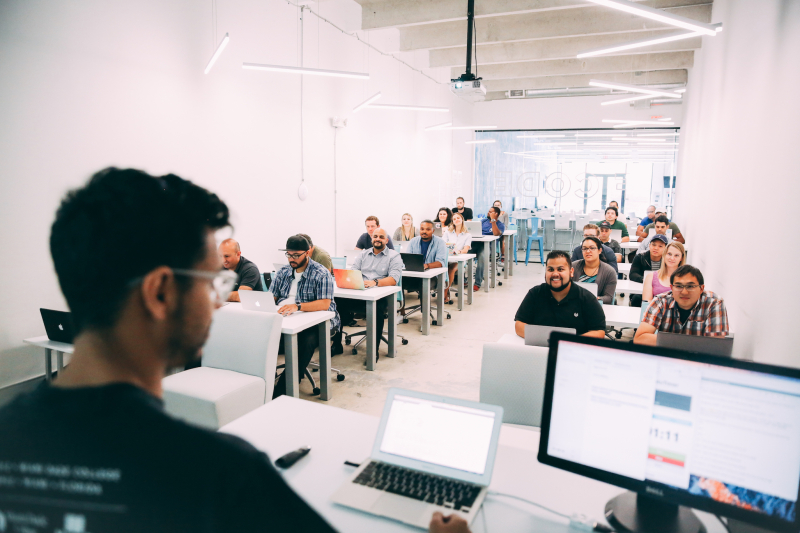 By Nancy Dahlberg / ndahlberg@miamiherald.com
EveryMundo, founded by Anton Diego and Seth Cassel (pictured here), provides performance marketing technology for airlines. The Miami startup  has grown the team to 60 employees and has experienced double-digit revenue growth every year. It's now working with about 30 airlines.
Founded by Juha and Johanna Mikkola, Wyncode offers coding boot camps that prepare students for the local tech job market. It has graduated more than 450 students and more than 200 companies have hired them. It recently raised funding and opened its own headquarters space (shown above).
Pincho Factory, the fast-casual restaurant concept inspired by Latin American street food founded in 2010, has been on a growth spurt since the beginning of 2016. It has gone from two locations to eight, with three more are on the runway, and has added 180 employees. Today it is closing in on $14 million in annual revenue systemwide. It was founded by Otto Othman and Nedal Ahmad.
What the three South Florida companies have in common is they were all selected by Endeavor, the global organization that provides mentorship and services to high impact entrepreneurs, including access to talent, capital and markets on local and global levels. The Endeavor Miami chapter, the global nonprofit's first office in the U.S., opened in 2013.
"Endeavor has been monumental in terms of mentoring and advising us with our growth strategy. We were able to truly learn how to raise funds and how to negotiate term sheets with the help of our mentors," said Othman. "The networking component provided to us by Endeavor has been huge for us as well. Meeting other fellow entrepreneurs and successful Miami locals has played a big role in our growth. From advising to sharing best practices, these are the lessons you just simply don't learn in school." 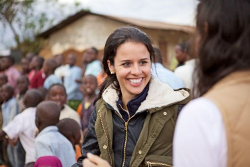 These companies and others were highlighted in Endeavor Miami's just released annual impact report, which shows that the 16 active Endeavor Miami companies are booking $130 million in 2017 revenue. Together they employ 1,600 people, and that's up 37 percent since 2014 while jobs statewide were up 9.4 percent in the same period. They've raised $15 million in capital, Endeavor Miami says in its new report.

These include companies such as the My Ceviche fast-casual restaurant company, which has grown from two restaurants to six, including its Midtown Miami, Coral Gables and MIA locations, since the founders were selected in 2013. Powerful's yogurt and other other all-natural products are in 10,000 stores, including Target, Walmart and Kroger. FIGS, founded by Trina Spear (pictured here) and Heather Hasson, offers antimicrobial, breathable and fashionable scrubs, and is also a B Corp. that has donated more than 75,000 sets of scrubs in 26 countries. Kairos, the facial recognition and  human analytics technology startup used by a number of enterprise clients, made a strategic acquisition and has raised some $8 million in funding to power its growth.

Endeavor Miami's network of 75 mentors have donated 1,371 mentor hours to help make these successes happen, according to the report. "It’s like having a network of experts at my disposal 24 hours a day, 7 Days a week. It’s family. They would do anything to help us to win," said Brian Brackeen, founder and CEO of Kairos.

To be sure, Endeavor is part of a whole network of community organizations and university programs offering services and support to entrepreneurs in South Florida. Endeavor focuses on selecting companies that are ripe to scale and could benefit from Endeavor's help, as well as founders who are likely to give back to the South Florida community after they've found success by helping the next generation of startups through mentorship and/or investment.

Four years in since the Knight Foundation funded the launch of Endeavor Miami, the community is already seeing the give-back, with entrepreneurs like Brackeen, the Pincho founders, the Mikkolas and many others mentoring startups, offering connections and speaking around town and beyond about entrepreneurship. The organization is celebrating with a benefit gala on Saturday honoring tech visionary Salim Ismail.

To nominate a company for the Endeavor network, go to www.endavormiami.org.