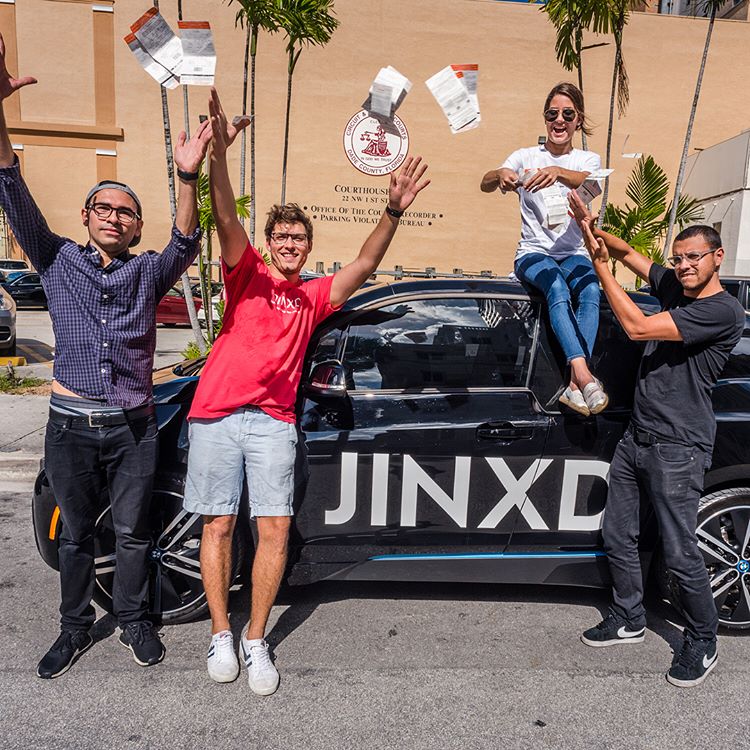 From left, Jona Araujo, Charlie Melendez and Auston Bunsen of JINXD. Photo by Beyond South Beach.

Who hasn't forgotten to pay a parking ticket and paid the very steep price?

Yep, been there, done that too many times. It's a fact of urban life.

JINXD, a new Miami startup, has a solution for that.

JINXD is one of only two apps in the United States that allow you to auto-pay your citations. You can simply sign up with your license plate numbers and payment info and the next time you receive a parking citation, JINXD automatically pays it, charging a small service fee.

"As you may already know, Miami is notorious for parking tickets and when you receive one, you cannot pay for it immediately on the Miami Clerk of Courts website until it populates their servers three to five days after -- another inconvenience," said Auston Bunsen, one of the co-founders.

"We're trying to be a magical background technology that you only think of when we make your life better. Our users love it when they get a notification that we saved them from getting a tow or just saved them from a $25 late fee," added Bunsen, who oversees technology.

JINXD works with commercial clients that have large fleets such as rental car companies and automobile dealers. Braman BMW, Infiniti of Coral Gables and Mercedes Benz of Cutler Bay are customers. "JINXD for our business clients is a no-brainer as it frees up their afternoons to focus on bigger tasks at hand," said CEO and co-founder Jona Araujo, who also oversees marketing.

The  number of active customers has grown 448 percent and revenue has grown 346 percent since the beginning of this year, Melendez said. JINXD is tracking more than 2,000 license plates in Miami-Dade County among consumers and  commercial clients.

Late fees can add up quick. After two months, an $18 parking ticket rises to $63 in Miami -- ouch. And if you have five unpaid tickets, your car could be towed.

"We've found and/or paid thousands of tickets for our customers, saved our customers over $22,000 in late fees, as well as prevented dozens of customers from getting their car towed or having their registration renewal blocked," said co-founder Charlie Melendez, who oversees finance.

The team created a heat map of the most ticketed areas in Miami-Dade. 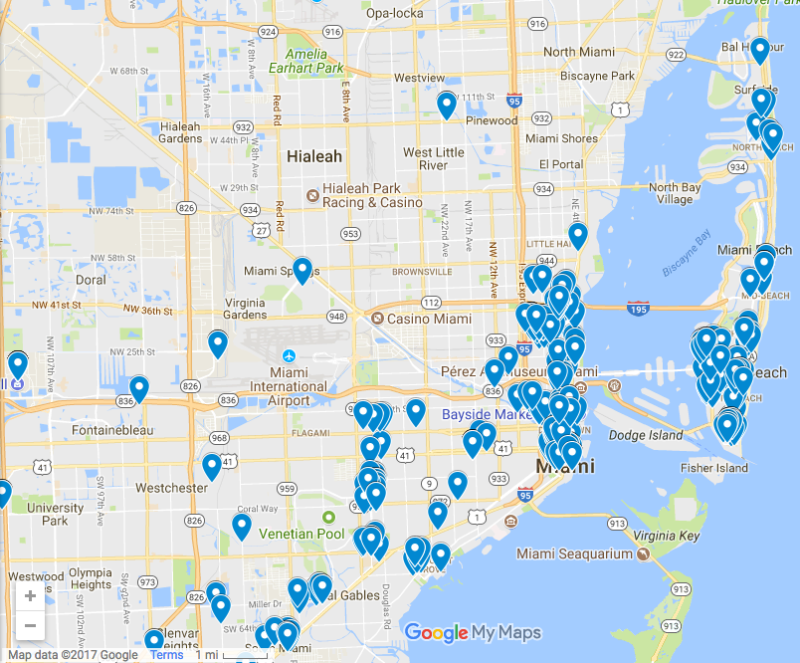 Expansion to other cities could begin next year, and JINXD's market is sizable. The team said there is more than $200 million in unpaid parking tickets at any one time just in nine major U.S. cities that include Miami.

Said Araujo, "We're laser focused on getting product/market fit for our existing product and expanding to other cities as soon as possible. We believe this product is helping businesses, consumers and government alike."

You can sign up at https://JINXD.co or download the 5 star reviewed iPhone app on the App Store here.

JINXD will be one of six startups competiting at Refresh Miami's Demo Day Oct. 27. Sign up to attend here.