Magic Leap could raise another $1 billion in new funding round 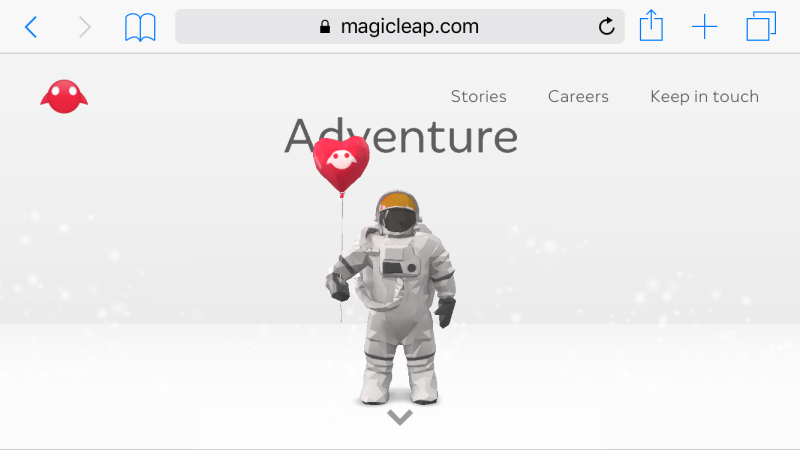 A revamped Magic Leap website appears to be dropping hints of what's to come.

Magic Leap could soon be flying high as a $7 billion company – without having yet launched a product.

Magic Leap, the secretive South Florida startup that has strongly hinted that its “mixed reality” technology may soon be revealed, is seeking to raise up to $1 billion in fresh funding from investors, according to reports of a new corporate filing on Thursday.

The company, based in Plantation, has authorized the sale of more than 37 million shares of Series D stock at $27 each to raise about $1 billion, according to the Oct. 11 filing with the State of Delaware obtained by venture data company CB Insights.

When asked if he was raising another large round, Magic Leap’s CEO Rony Abovitz said in June that the company is always in fund-raising mode. However, Bloomberg reported last month that the company has held talks with Temasek Holdings, an investment firm owned by the Singapore government, to join a $500 million investment.

The new financing round comes as Magic Leap readies a long-awaited debut product, believed to be a headset or pair of glasses that will integrate computer graphics onto the real world through its proprietary technology, making for a more natural experience for users, Abovitz, who founded the company in his garage, has said. Bloomberg’s sources said the new product could cost as much as $2,000 and product shipments may begin within six months. In the past couple of weeks, though, the company has unveiled a new logo, a website that proclaimed “we are taking you on this journey to launch” and a new promo video about Magic Leap’s beginnings.

Magic Leap has already raised $1.4 billion from investors such as Google, venture capital firm Andreessen Horowitz and e-commerce company Alibaba, giving it a valuation last year of $4.5 billion. The new funding could raise the company’s valuation to about $7 billion, reports said.

The company, which has offices worldwide and at least 800 employees in its South Florida headquarters, has nearly 200 open jobs listed for its Plantation office alone.