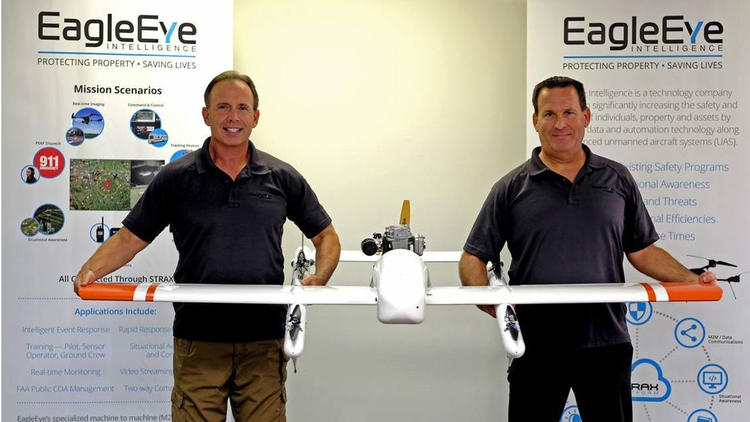 Imagine a drone swooping in to identify a kidnapping suspect’s car on a road, potentially saving a child. Or identifying a shooter targeting a crowd, such as in the recent mass murder in Las Vegas. And after a storm like Hurricane Irma in Florida, documenting damage or even helping in search and rescue.

All of those and other applications are being pursued by EagleEye Intelligence, a two-year-old Boca Raton software company co-founded by long-time entrepreneur Scott Adams.