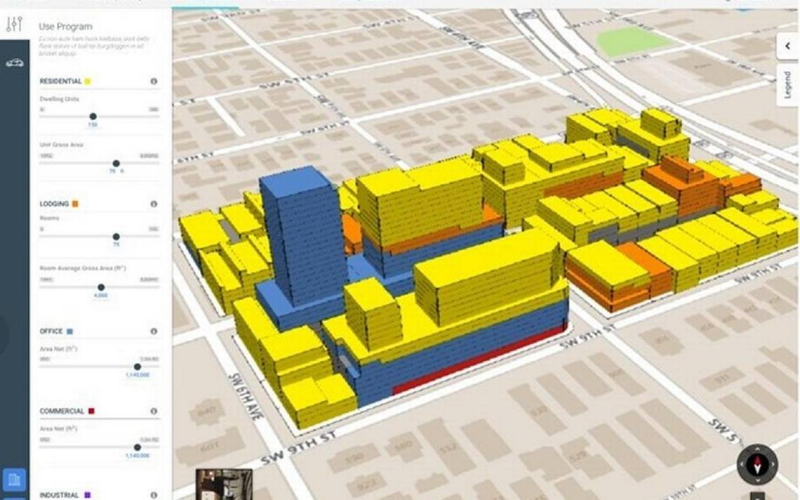 The round was led by BH3, a real estate developer with projects in South Florida and New York City, and includes existing investor Dune Road Capital. It builds on the $1.1 million Gridics raised in April and brings its total funding to  $3.74 million.

The company will use this investment to accelerate development and sales of the Zonar.City platform to cities and real estate developers.

Gridics, short for grid analytics, was founded in 2015 to change the way cities and real estate developers interact with zoning codes.  By bringing 2D text to a visualized 3D interface, the company is streamlining an antiquated process. Miami developer Avra Jain is also an investor in the company.

From applications on its platform, users can visualize real estate data in order to make smarter investment and development decisions while streamlining inefficient processes in the real estate world, the company said. For example, the Zonar.City application, launched earlier this year, helps bridge the gap between the private sector development community of architects, developers and attorneys by automating development feasibility analysis and streamlining the development plan approval process.

CEO Jason Doyle said Gridics is seeing strong early adoption of the application by city and county planning, zoning and economic development departments as well as developers, architects, commercial brokers and land use attorneys in the private sector.

“In the coming months, we will be opening all five boroughs of New York City on the platform and expect to add several direct city contracts," Doyle said.

In April, Gridics announced a contract with the City of Miami to use Zonar to streamline the analysis and processing of development plan reviews.

"Using Zonar, we are able to identify new development opportunities, quickly run custom scenario analyses and view applicable variances and waivers.  That analysis used to take us days to complete and cost thousands of dollars but can now be handled in a few minutes with Zonar, " said BH3 Principal Daniel Lebensohn, in a news release.