Buzzfeed and NBCUniversal discuss the future of digital advertising in the age of Google, Facebook 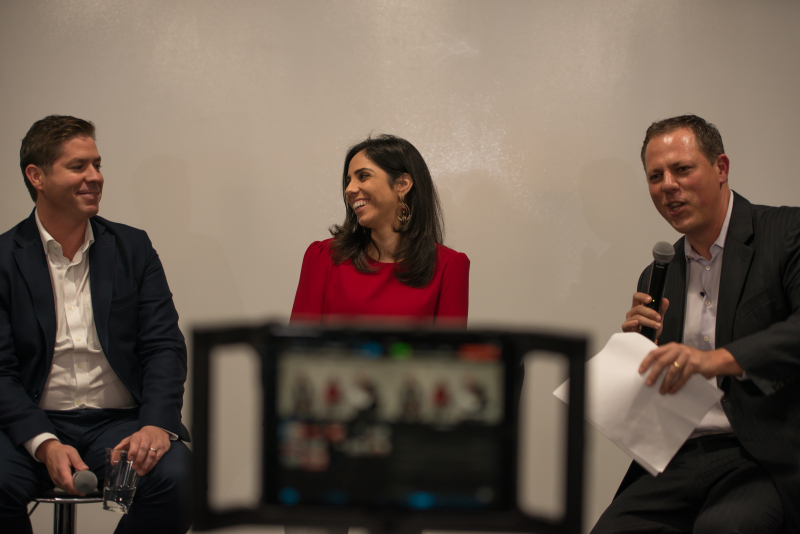 Two leaders of the international expansion of some of the world’s largest and fastest growing media companies spoke in Miami about the strategic importance of their growing digital audiences overseas, particularly in Latin America. Top sales executives from NBCUniversal and Buzzfeed met before a packed audience at Venture Café Miami this month to discuss the challenge of growing their digital advertising business at a time of growing industry domination by Facebook and Google.

“There is a sophistication of the audience in Latin America, of Colombians and Brazilians and Mexicans,” said Silvia Bruegger of Latin America TV and Digital Advertising Solutions at NBCUniversal. “They are curious to know what’s going on in the U.S. And they want snackable content they can watch on their phones.”

Bruegger said that NBCUniversal, which owns dozens of television networks and film studios, is exploring new ways to deliver digital advertising to the underserved market in Latin America. For example, NBCU offers an advertising program called Social Synch that allows brands to post promotional content on more than one thousand online social media handles it controls, such as feeds from Jimmy Fallon and other TV stars. And last year NBCU launched Audience Studio, a one-stop shop for data-driven ad targeting.

Buzzfeed, named The World’s Most Innovative Company by Fast Company in 2016 for its innovations in clickable content and native advertising, similarly sees untapped revenue in its international audience. The company has a global audience of 650 million people, half of them under age 35.

“About 50 percent of Buzzfeed’s audience is outside the U.S.,” said Matthew Drinkwater, who is Buzzfeed’s Senior Vice President of International Expansion. “But a much smaller percentage of our revenue comes from outside the U.S.”

The importance to media companies of increasing ad revenue overseas is underscored by the growing dominance of Google and Facebook at home. The IAB earlier this year estimated that Google and Facebook captured 77 cents on every digital ad dollar spent in the U.S. in 2016. And the Internet giants are growing their lead, accounted for an extraordinary 99% of every new ad dollar spent in the US in 2016. That means the average growth rate for every other media company was close to zero.

“The fact is that our part of the market share is frozen, and we’re fighting that,” Bruegger of NBCUniversal said. “It forces us to push the boundaries and reinvent ourselves.”

“It does keep me up at night,” Drinkwater said, adding that Facebook and Google “need our content to keep audiences spending time on their platforms. And the ROI [return on investment] that we get as a media content provider is not quite adequate.”

Drinkwater said the challenge to all other media companies when competing for digital ad dollars is the advertising platforms built by Google and Facebook work really well. The Facebook Ads and Google Adwords platforms are self-service, relatively easy to use and allow an advertiser to track their return on investment.

“They both built really great mousetraps,” Drinkwater said. “If I were a small or medium business owner, I would absolutely put a bunch of my budget into those platforms.”

The event was part of the BizHack Presents speaker series and was moderated by Dan Grech, a former journalist at The Miami Herald, NPR’s Marketplace and PBS’s Nightly Business Report.

The audience of more than 100 entrepreneurs and business owners asked the speakers what lessons they could share about how Miami businesses could learn to use digital advertising to grow.

“It took six months of daily work learning on the job before I started to feel like I even knew what I was doing in digital marketing,” said Dan Grech, the founder and lead instructor of BizHack, a digital marketing academy that’s trained more than 200 entrepreneurs and business owners in South Florida. “I don’t want any other professional who decides they want to learn digital marketing to grow their business or level up to get that promotion to have to go through six months being lost in the woods.” 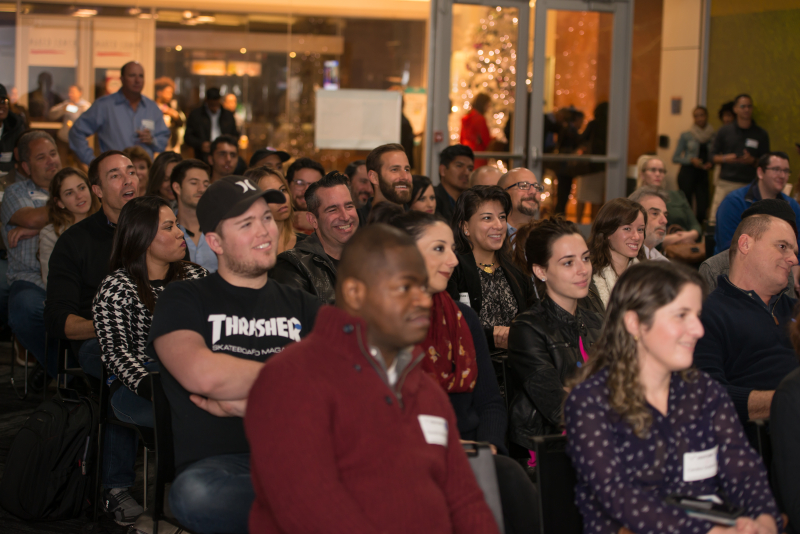