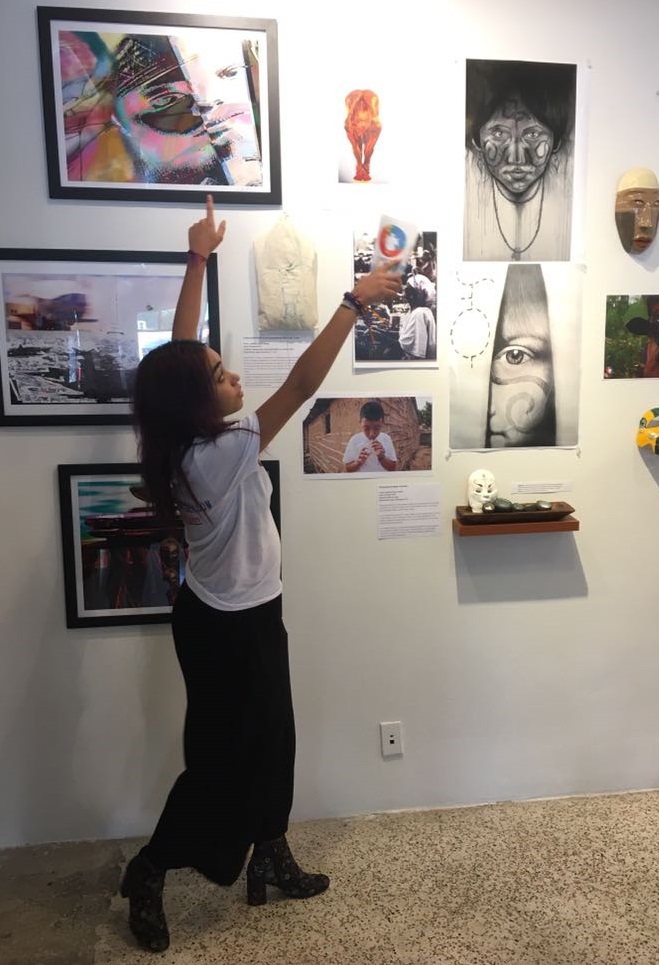 Twelve entrepreneurs from the Caribbean and Latin America arrived in Miami this fall for a month-long fellowship program hosted by Global Ties Miami. In its second year, the U.S. Department of State’s Young Leaders of the Americas Initiative (YLAI) paired 250 emerging social and business leaders with businesses in 24 U.S. cities. A preliminary Business Plan Pitch Competition gave each fellow a potential opportunity to compete in a final round in Washington, D.C.

The program was mutually beneficial for the “Entrepreneurs-in-Residence” and their host companies. Fellows applied their skills and shared their international perspectives, while their hosts provided YLAI fellows with mentoring and networking opportunities. The immersion program with local business leaders will help each Fellow’s startup venture back home.

KROMA Art Space in Coconut Grove hosted the pitch competition and was mentor to Colombian fellow Tania Rosas. The collective studio and gallery space was well suited for the organization Rosas founded, Fundación el Origen, which combines art and education to preserve the cultural legacy of Colombia’s indigenous cultures while breaking cycles of poverty.

Annette Green Alvarez, Executive Director of Global Ties Miami, says the integration of one of Miami’s artistic spaces with the YLAI program added creative energy to the event, which concluded with a tour of an exhibit Rosas curated at KROMA with local and international artists.

“We should care that Miami has all these little gems that aren’t often talked about,” she says. “The entrepreneurs are also creators and we celebrated their work in a space that supports an abundance of diversity. We make connections and these relationships developed. The space elevated what was taking place during the pitch competition.”

This year’s pitch competition winners include a tie for 3rd place with Karen Sandoval from Chile and Emiliano González from Paraguay, whose businesses focus on outdoor education in Patagonia and technology education, respectively. (González also won a VISA-sponsored hackathon with his host, Learn01, a tech and research lab located in Wynwood.) Second place went to Carolina “Nina” Guzmán of Costa Rica, whose company Hands-On! Lesco, offers training in sign language to break down discrimination barriers for the deaf.

Haitian fellow Miguelito Jerome, founder of 500Gourdes.com, won first place for the e-commerce website that works to mitigate a high unemployment rate by facilitating the sale of services and products offered by Haitians on the island to customers in the Haitian diaspora.

The website is similar in concept to Fiverr, an online services marketplace, where freelancers offer tasks and services for a starting fee of U.S. $5.  500 gourdes, a banknote in Haiti, currently exchanges for about U.S. $8.

“He was a younger version of me,” says St. Jean, who has worked with the Haitian diaspora since he arrived in Florida 17 years ago. “I realized what they lacked,” he adds. “I needed to bring a higher level of technical training.” He founded the IT training and consulting institute in 2006.

St. Jean mentored Jerome on business culture in the U.S. and helped him sharpen his presentation skills, among other learning experiences that will help Jerome grow his business from Haiti.

The Miami partnership will grow. “I intend to work with him to see if we can launch this platform on a bigger scale,” St. Jean adds.

Jerome says that YLAI made a deep impact on his personal and business life as a powerful and productive exchange program, and that Miami was the perfect location to influence his target market, the Haitian diaspora. Like the other Fellows, Jerome had a tight and full schedule of activities, which included networking events after hours.

“During my fellowship, I learned more about how to reach the Haitian diaspora, and what their needs are,” he notes. “I could observe the way St. Jean runs his business and what is required to conduct business in the U.S.”

Working with St. Jean and being in Miami helped Jerome clearly identify solutions for problems that his company seeks to solve, and to hone in on his vision. “I could think big and see the whole picture,” he adds.

Jerome has returned to Haiti and is updating and executing a new action plan, which includes making it easier for Haitian professionals and vendors to promote their products and services to the Haitian diaspora living in Miami, New York, Boston.

He hopes to expand globally to 20 countries by 2020, giving the world access to the services of professionals and vendors in the Caribbean and Latin America  “We’re creating opportunities,” he adds. “It’s a solution to stop the brain drain and economic issues in many communities.”

On November 20, about a month after Jerome returned to Haiti, the Trump administration announced that it would end Temporary Protection Status for over 59,000 Haitians who have lived and work in the U.S. since the devastating 2010 earthquake. Haitians with protection status -- about half of the estimated 110,000 Haitians living the U.S. without permanent permission -- have until 2019 to leave or face deportation. Their nearly 30,000 U.S.-born children are citizens who may remain in the country.

Jerome’s website may help maintain an economic and cultural bridge by helping skilled Haitians share their talents with other Haitians on and off the island, with a global customer reach.

“TPS will impact our country economically and socially,” Jerome says. “It’s going to be a huge repatriation.” 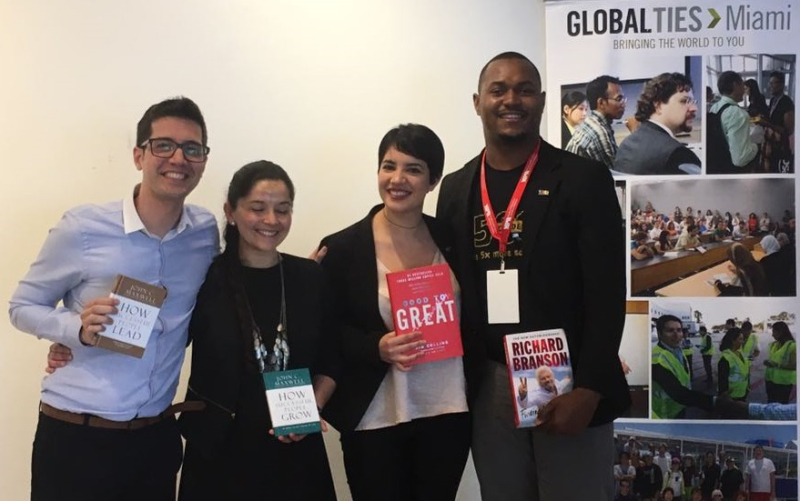