« As Argentina's entrepreneurial community grows, it looks to Miami as nexus point | Main | From 'grandkids on demand' to apps: How Miami startups are helping seniors and their caregivers »

From Facebook to Miami, she’s investing in dreams, maybe even the next ‘iguanacorn’ 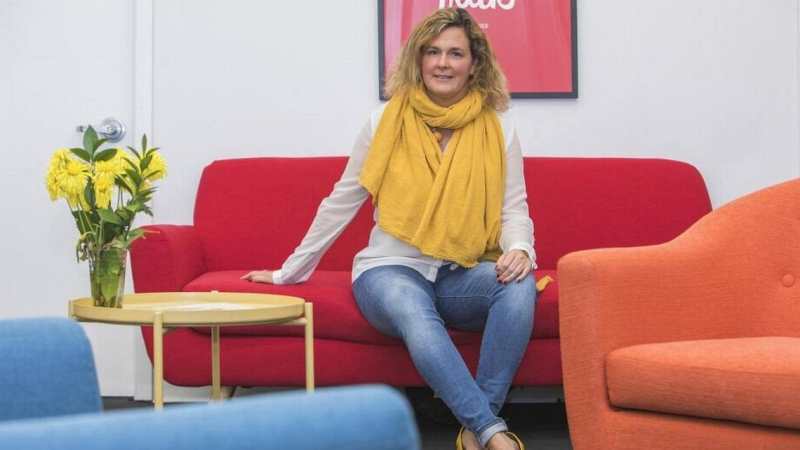 When Laura González-Estéfani moved from Silicon Valley to Miami in 2015, the former Facebook executive said she was taken aback by the welcoming tech and entrepreneurship community.

“There must be something in the water in Miami that makes everyone so welcoming and so enthusiastic about the unknown. I found that willingness to take a risk,” she said in an interview this summer.

At eMerge Americas in June, González-Estéfani and business partner Clara Bullrich announced plans to start a venture-building company, called TheVentureCity, headquartered in Miami and Madrid, with an office in Silicon Valley, that would bring together a team from hyper-growth companies such as Facebook, Google and eBay. The venture builder would focus on accelerating high-potential tech startups with international growth aspirations. And that was just the beginning of a whirlwind six months for González-Estéfani and Bullrich.

Since then TheVentureCity team has begun offering free workshops and events for the community. The company has also partnered with Miami Dade College on an associate’s degree in entrepreneurship, and González-Estéfani and her team have assembled a group of instructors, including herself, who are CEOs or top executives of South Florida companies to teach the classes. The MDC program started this fall.

“Those amazing young kids, their brains are so open,” said González-Estéfani, born in Spain and a mother of three. “What is your dream? That’s how I started my class. That was the first interview question I got at Facebook. When you can dream, things happen.”

And in September, TheVentureCity announced it has launched a $100 million venture capital fund, and kicked it off with 14 investments so far, including four investments in South Florida companies Boatsetter, RecargaPay, Above & Beyond and The FastMind.

Although her fund invests all over the world, González-Estéfani is a believer in Miami’s potential for tech. She even coined her own Miami term for so-called unicorns — companies valued at $1 billion or more. She calls them “Iguanacorns,” and Miami already has several.

To find the next iguanacorns, TheVentureCity is taking applications for its 36-month or 18-month accelerator-like program called The Garden Fellowships. Startups that can be in any place in the world must demonstrate at least a six-month track record and solid numbers on growth and engagement metrics. Using a data-driven approach, TheVentureCity builds on that foundation.

The Miami Herald interviewed González-Estéfani in her office in October about her time at Facebook and her new venture in Miami that includes a fund. These are excerpts of that conversation.

Q.  Why did you start TheVentureCity?

A. I worked for Facebook almost nine years, I’m 41, which is almost one-fourth of my life dedicated to that amazing company. I worked in Europe, Silicon Valley, Miami and Latin America. In 2000, I founded my own startup and we failed miserably. But I am surprised that after 20 years the problems in these emerging tech hubs are still the same.

A Silicon Valley startup founded by a Stanford guy is valued three times more than one founded by a Venezuelan guy based in Miami or a woman based in Spain. This is my passion — I want to fix that. I want to work with companies that are making a huge impact, not because of where the founders are.

A Silicon Valley startup founded by a Stanford guy is valued three times more than one founded by a Venezuelan guy based in Miami or a woman based in Spain. This is my passion — I want to fix that.

I believe the next billion-dollar companies won’t be coming from Silicon Valley only. There are so many huge problems to solve around the world. If you look at fin-tech, insure-tech, health-tech, feminine-tech, if you look at AR [augmented reality], those founders are so talented, so driven, but they don’t have the right people supporting them.

What moves our team is giving founders in those emerging tech hubs support to change the world in the best way they can. We have been busy executing.

Q. What do you look for in an investment?

A. We don’t invest in companies without at least a six-month track record with engagement and growth metrics. We need to understand the founders first, have chemistry with them, and then look at the product or their engineering, the core of what they are building.

If everything goes well, then we will look at the financial model and legal structure. Why? We are looking at the bones, what are the things we need to track to understand if the company is going somewhere. We are not looking at revenues from the very beginning, which is something that happens in Miami all the time [because] investors want to see early revenues. If I have a small company, I want everyone focused on growing the company. The Googles, Facebooks, eBays of the world, they didn’t start monetizing until the year three or five.

That’s the thinking. Even our term sheets are different. A lot of funds require a board seat. I don’t want that. I want the entrepreneur to feel at home and that they can call our team at any time. I don’t want to wait until the board meeting to hear what the problem is. It doesn’t make sense.

The transparency, the directness and information flow we request is very different, it is more like we are part of the same team. At the end of the day, the best deals are coming our way and our founders feel we can help them.

We need to bring more people here who want to support founders along the way. Not roadblocks; it’s already so difficult to be an entrepreneur.

Q. Tell me about The Garden Fellowships. How is it different from a startup accelerator?

A. Our program is not a fixed program; it is tailor-made for each of the startups. Our experience is giving to the talent.

We don’t require equity in advance; we invest as we go over 18 or 36 months. We have to keep earning it. If they want to leave at any point, they are free to leave at any point. We don’t want anyone to feel trapped. We are so sure of how much we can deliver, I am comfortably fine to demonstrate every day that we have earned it.

We are going to work with 25 companies. They can work wherever they want. Pushing the boundaries, that is what disruption is all about.

Every company should have a chief happiness officer. When I asked the kids at Miami Dade College what kind of company they want to work with, none of them said a corporation. They are mission-driven.

Q. What are some lessons you learned at Facebook and earlier?

Figure out where you want to go and then deconstruct and move backward.

My first startup [a beach tourism portal in 2000] was a disaster. We didn’t plan in advance, of course 2000 the bubble burst, it was bad timing and we didn’t know what we were doing. I’m an angel investor who is on boards and my husband is building a company, and I’ve learned you have to think five years out and build backwards.

Five years in tech is a long time. I didn’t have that five-year vision when I was 20 years old. I needed to have an action plan with steps on how to get there. Now we are trying to embed that into everyone.

If you are a natural leader, people will follow you.

Have a suite of values that every member of the team speaks to. You need to do what you preach. Invest in the culture of the company, transparency, diversity, being fair to the founders, thinking of the founders first. Our list of mentors is pretty amazing and you need to connect them with the community. If you say you are going to do this, you have to do this. That’s something I learned at Facebook.

Every company should have a chief happiness officer. (At TheVentureCity that’s Miami campus director Elisa Rodríguez-Vila). When I asked the kids at Miami Dade College what kind of company they want to work with, none of them said a corporation. They are mission-driven. Millennials and those coming after are expecting to work with a purpose, not just for the money. Every company needs to invest in happiness officers guaranteeing that there will be an amazing culture.

I never hire people who want to work just because of the money. I’ve never done that. But we do pay people right. That is something Miami needs to understand — if you really want to attract the best talent, you should pay them in a fair way. You can’t expect them to work for $50,000, excuse me?

Q. How else can Miami’s entrepreneurial ecosystem be improved?

A. The showstoppers are there is a lot of money and a lot of awesome tech. Explore different ways to make an impact. We have to create those role models, the Jacqui’s [Baumgarten, CEO of Boatsetter] of the world, the guys from The FastMind, the founder of CareCloud, these are role models for the community. They need to mingle more and be more proactive. On the other side, to the founders, you can’t wait for things to happen for you. You need to put skin in the game. I’ve had founders who’ve wanted investment and they aren’t even working on their venture full time. I’m putting everything I have into this and I expect the same from you.

We need investors that really understand tech. We need traditional venture capitalists to understand that in tech it doesn’t work the same way, you can’t expect returns in a year. We need the talent to stay here because they are getting the right salary. You can’t be strangled by regulation, hello government.

We still have a long way with the government. I am not talking about handouts, I am talking about making it easier for them to thrive. Tech drives tons of high wage jobs.

Everyone contributes to what happens here.

Position: Co-founder of TheVentureCity, a venture builder headquartered in Miami and Madrid.