Streann Media’s bold bet: ‘We are here to rescue the broadcast industry’ 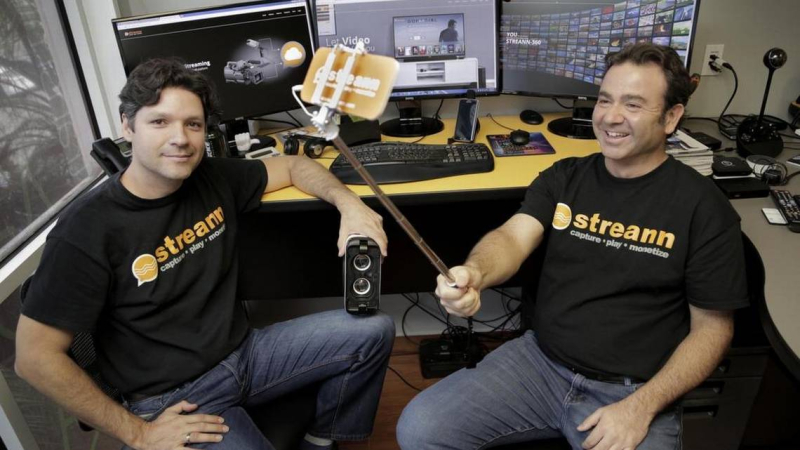 Story: The beginnings of Streann Media trace back six years, when the paths of Giovanni Punzo and Antonio Calderón crossed during their roles with disruptive technology provider LiveU. Around this time, Netflix’s new media content business model was just emerging, and the pair of innovators discovered firsthand the struggles that other content providers were having making the shift to digital and then to streaming content. Knowing that these other providers would soon be forced to follow the Netflix model to save their businesses, they sought a new solution — and Streann Media was the result.

“We are here to rescue the broadcast industry,” said Calderón, Streann’s chief technology officer. “Thanks to our technology, our customers are building next-generation digital networks, their own version of Facebook, Netflix, YouTube, etc. With our technology, our customers are finally really engaging with end users and most importantly they are monetizing in digital,” added Punzo, CEO.

How does a TV station or radio station make money? Selling advertising. While traditional advertising spending is down and it’s boring; digital ad spending is up and should be more engaging, said the co-founders, who previously worked in the broadcast industry. “We built a digital advertising technology that can increase digital ads revenue times 10 in live video, audio and video on demand. Our customers create campaigns like Facebook Ads Manager but the ads are in their own digital networks. Content providers are in control and they monetize,” Punzo said.

Game shows and contests are ways a radio or TV station can engage their audiences. So Streann created a new feature in the platform for content providers to create contests on mobile with cash rewards, such as video Selfie-Ads.

“Already customers like TCS Digital in Central America, Actualidad Radio in Florida, Cariflix in the Caribbean, Iriejam in New York and Puravida in Costa Rica are using our new inventions and engaging with their customers,” said Punzo. “The results have been great — new user generated content, real testimonials, real storytelling.”

“Streann looks at the future of television like no one else is. Its user experience and monetization platforms make companies take a huge leap in technology. They are at the forefront constantly and have a personalized and exceptional relationship with each client,” said Raúl Domínguez, digital and new business director of TCS Digital.

Recent milestones: Launched Inside-Ads in Q3 2017 and Selfie-Ads user-generated content in November 2017. The Selfie-Ads product attracted regional brands such as Nestle, KFC, Subway, Pizza Hut and Diana. Streann recently launched Vlixers, an influencer platform for its customer TCS-Digital. It’s a unique platform designed for millennials with original content created by millennials available on Web, iOS and Android. The company won at the Early Stage Capital Conference in 2016 and was a finalist in eMerge Americas Startup Showcase.

Next step: Launching new engagement and monetization features by NAB 2018, a broadcasting trade show in April. “The soccer World Cup in 2018 will help us grow even more as many of our customers will transmit World Cup content through our platform,” Calderón said.

Advisor’s view: Eric Giler, a Boston-based serial entrepreneur and on the board of Streann, said he worked with Punzo at his previous company, and admires his vision and energy level. “Gio’s partner and co-founder Antonio Calderón is a superb technical complement to Gio’s market and business sense,” Giler said.

“A laser-like focus on the Latin American market has been key to Streann’s early success. No other company is approaching the market like Streann. The challenge will be scaling the business as they continue to expand. Building out the team and attracting capital will be important as they continue to grow.”

Pictured above: Antonio Calderón, CTO, at left, and Giovanni Punzo, CEO, co-founders of Streann Media, in their office in Doral. Jose A. Iglesias jiglesias@elnuevoherald.com