More, more, more? $400 million investment may be in works for Magic Leap 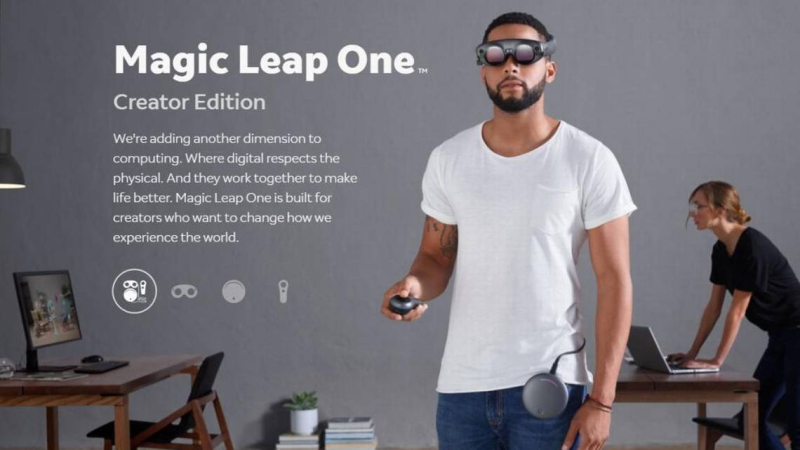 A half billion here, a half billion there, and another potentially huge leap for South Florida’s secretive startup.

The latest news: Magic Leap, the mixed-reality technology company based in Plantation, is in talks for a $400 million investment from Saudi Arabia’s Public Investment Fund, the Financial Times reported on Friday. That would bring Magic Leap’s funding to $2.3 billion, unprecedented for a company that hasn’t yet launched its first product.

According to the FT, the deal is expected to be announced in the coming weeks, said the report, which cited sources close to the deal.

While Magic Leap and the Saudi wealth fund would not confirm the news, if true it follows a pattern. In October, just a month after Bloomberg revealed a half billion mega-deal was in the works, Magic Leap announced it had raised $502 million in a funding round led by Singapore government-owned investment firm Temasek Holdings TEM.UL and began dropping more hints the technology will be revealed soon.

The new funding is an extension of the $502 million round and would be at the same $6 billion valuation, the FT said.  If completed, the FT said it would be the second high-profile U.S. tech investment for the $230 billion Saudi government fund. In 2016, the fund invested $3.5 billion into Uber.

The internationalization of Magic Leap's funding follows a pattern too. Earlier Magic Leap raised a similar amount from Alibaba in China. Its other funders include Google, Fidelity, various studios and other Silicon Valley funders.

Magic Leap’s “mixed reality” glasses feature its digital lightfield technology. In December, it unveiled some more details of its first product in development, Magic Leap One, which will be available first to selected developers and designers. Founder Rony Abovitz has said the spatial computing technology will provide a more natural computing experience that could replace the phone.

READ MORE ABOUT MAGIC LEAP ONE AND THE JOURNEY TO GET THERE HERE.

Two weeks ago, at a Recode conference, Magic Leap announced a partnership deal with the NBA.  Shaquille O’Neal starred in a promotional video too.