« Pumped up to save money in 2018? 'Priceline for gas' launches in South Florida | Main | New World Angels kicks off 2018 with first investment » 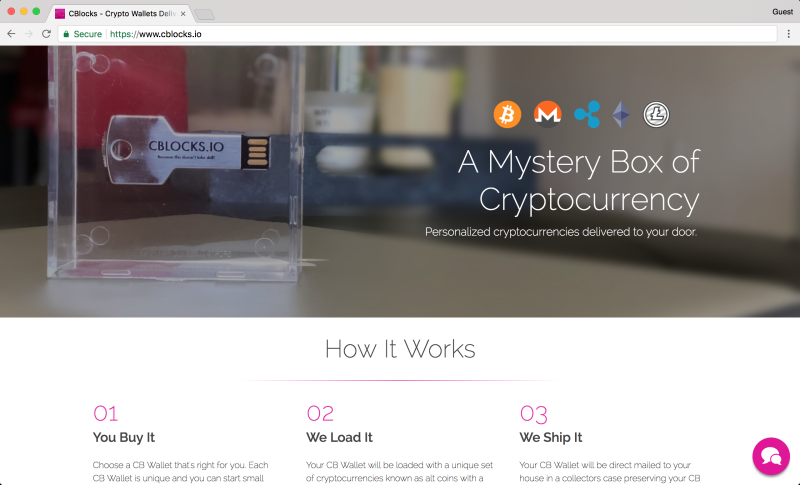 Three Miami coders were just messing around one Friday night and thought, "what if we could build a Birchbox for crypto?"

Mario Aguayo, PK Banks and Auston Bunsen launched CBlocks, a mystery box of cryptocurrency, on Jan. 16. Their idea: To give anyone access to investment in cryptocurrencies without being a blockchain expert.

Despite January being a wild ride down for Bitcoin, the Miami startup still sold over 320 CB Wallets worth $17,000 in just two weeks, selling out twice.

“I have been interested in cryptocurrency for some years now in my personal life,” said Bunsen, in a press release. “But we’ve realized that the process of getting started was too difficult and fairly risky because you have to trust online exchanges with your private keys.”

How it works: Users choose how much to invest from the four CB Wallet tiers available ranging from $75 to $500. A proprietary algorithm loads your CB Wallet with a unique set of five alt-coins at random from the top 300 on CoinMarketCap. Your CB Wallet in the form of an encrypted USB arrives at your house by mail in a collectors case until you decide you want to open it.

While Bitcoin’s rise and recent plunge has grabbed the headlines, CBlocks loads the mystery box with so-called alternative coins (alt-coins), a lesser-known but fast-growing segment that accounts for roughly $11 billion in daily transaction volume.

CBlocks takes $50 for processing, so a CB Wallet costing  $500 wallet would contain $450 worth of cryptocurrency. Because of demand, the startup has temporarily paused orders and hopes to start accepting orders again within the next three to five days.

“We think this is a no-brainer way to get started in crypto,” Aguayo said. More info: https://www.cblocks.io