« The Entrepreneur and The Investor: Advice from both sides of the table | Main | Miami startup’s just-launched mystery box for crypto sells out - twice »

Pumped up to save money in 2018? 'Priceline for gas' launches in South Florida 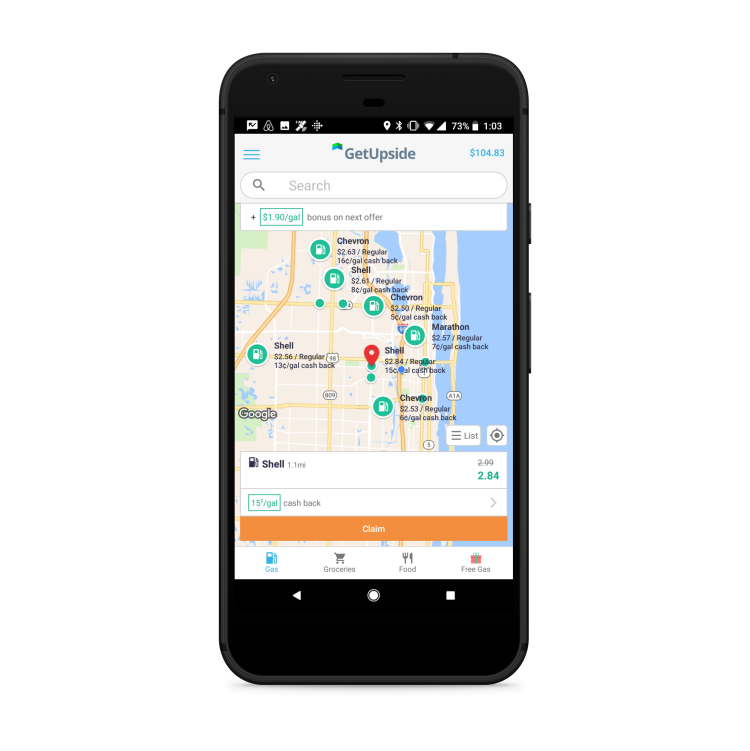 From Uber drivers to I-95 commuters to soccer moms, Floridians spend an average of $2,900 annually on gas. What if there were a Priceline-like app to slash that cost burden?

Now there is. On Tuesday, GetUpside launched service in Miami-Dade, Broward and Palm Beach County, where more than 400 gas stations are offering exclusive deals through the app.

How does it work? With the free GetUpside app, users see discounted prices from dozens of nearby gas stations – deals offering up to 25 cents cash back per gallon. Users can pick their station, pump and pay using a credit or debit card, and then upload a photo of their receipt to the GetUpside app. The cash back savings accumulate in users’ online accounts and can be cashed out at any time via check or PayPal.

The venture capital-backed startup was founded by a pair of former Googlers in 2016 in Washington, DC, where it already has 130,000 users who have saved more than $1 million dollars in cash back deals, the company said.  GetUpside incentivizes businesses to compete with one another on price in return for bringing more customers to their stores. In Washington, the app also offers deals on groceries and restaurants.

“With year-round tourism and status as a transportation hub, Florida was an obvious choice for GetUpside’s first market expansion. We are committed to helping consumers here save and businesses here grow,” said GetUpside co-founder/CEO Alex Kinnier in a press release.

By the end of 2018, more than 1,500 gas stations throughout Florida are expected on the GetUpside platform. More info: www.getupside.com