« Exit news: Plantation-based e-Builder acquired for $500 million | Main | Pumped up to save money in 2018? 'Priceline for gas' launches in South Florida »

The Entrepreneur and The Investor: Advice from both sides of the table

All about extraordinary exits and the journey to them: Ryan Cohen, CEO of Chewy.com, and angel investor Jason Calacanis share views at two separate events. 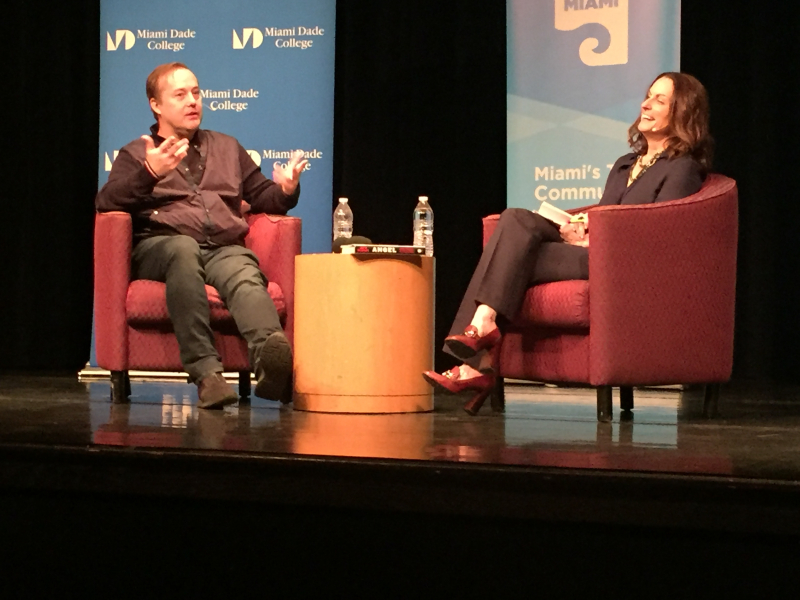 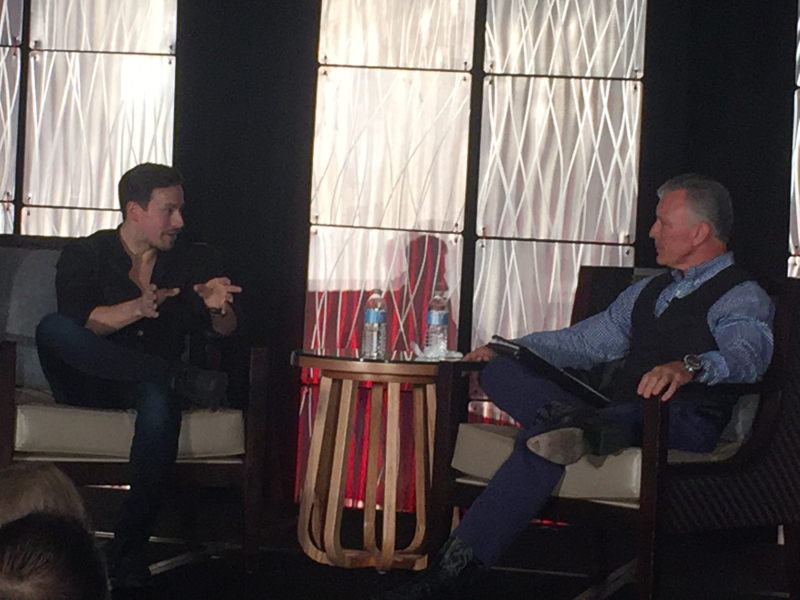 Last Tuesday, during the day, Ryan Cohen, co-founder and CEO of Chewy.com, took the stage as the keynote speaker at the Florida Venture Forum's Florida Venture Capital Conference in Fort Lauderdale, for a couple hundred investors, entrepreneurs and service providers from around the state. In the evening, angel investor extraordinaire Jason Calacanis gave an entertaining, but insightful interview in front of 350 from the tech community at Refresh Miami’s monthly event.

Cohen sold his Dania Beach-based e-commerce company for $3.35 billion to PetSmart last year; it was the largest ecommerce deal in history and the biggest exit in South Florida. The pet supplies retailer is a homegrown success story, and as he relayed the Chewy story in an on-stage discussion with David Coddington, VP of business development at the Greater Fort Lauderdale Alliance, it was clear the journey was anything but easy.

Cohen, who started his first business at 14 creating websites, said he started Chewy in 2011 to replicate the same great customer experience of a neighborhood store, but online. He used Zappos as a model and inspiration. When he needed capital to grow, he approached more than 100 investors – and they all passed. “But I thought there’s a chance … we are on to something genius. I just felt with scale we will prove them wrong,” said Cohen.

Challenges were setting up the company for hyper growth. The year 2014 was transformational, he said, because Chew went from having virtually no experience with operations to it becoming its core competency. “In order to scale to a billion dollar company we had to go through that, but it was very, very challenging. … Our management team was working 7 days a week 16 hours a day and everything that could go wrong went wrong.”

So what went right? Customer service was its differentiator.

“We are 100 percent customer obsessed. We want them to feel as though they would never dream of shopping anywhere else. We’re human we get it, and we really care about their pets,” said Cohen, who owns a teacup poodle. After all, this is the company where hand-written holiday cards writing is a massive department; 5 million Chewy customers received them last year.

Today, Chewy has more than 7,000 employees; about 1,500 in South Florida, including a giant new call center in Hollywood. It’s got six warehouses, including one recently opened in Ocala.

“I’m persistent, I’m obsessive, … I’m relentless, I’m a contrarian. When all these VCs passed I didn’t change our business plan at all,” said Cohen.

He said scaling a company is not for everybody.

"Scaling a business is going to test you physically and emotionally. ... It is a huge act of selflessness and dedication and if you are ready for it, it is going to be a crazy, crazy, crazy roller-coaster and it will be a the journey of a lifetime." If not, he said stick to your day job.

Calacanis would agree with that.

That evening, at the Refresh Miami event, Calacanis’ conversation with Melissa Krinzman, co-founder of Miami-based Krillion Ventures, gave a view from the other side of the table.

“Startups are a shitshow, they are a complete utter disaster,” the angel investor with a private syndicate, author and podcaster said. Calacanis hosts a popular podcast called “This Week in Startups,” has authored the new book, “Angel: How to Invest in Technology Startups” and created Launch Festival and Launch Scale and Launch Incubator, among other endeavors.

Just don’t get him started on ICOs. Uh-oh, Krinzman did.

“I have seen this movie before. It’s not going to end well,” said Calacanis. “It’s a giant scam right now, 90 percent are incompetent, criminal people. UPDATE: For his rant on ICOs, watch this just-published video below! (rant starts at about 12:30.)

But once he [sort of] got back on track, Krinzman asked Calacanis, an an early investor in Uber and scores of other startups) about the questions investors should ask themselves. Among them: Why have the founder chosen this business? Why is he/she doing this? How skilled are the founders and the team and what do their customers think?

His advice to entrepreneurs: Go big.

“We need to take big bold risks,” he said. “If something doesn’t have long odds, it’s not worth doing as an investor or an entrepreneur. Don’t do the easy things, do the hard things.”

For startups raising money (always), he said the stakes are higher.

“I want to see what you are capable of. …. It’s a different world than 10 years ago. You have to up your game.  Traction speaks, show me your traction.”

Signals of a downward spiral”: If the founder stops sending you updates.

While a great entrepreneur can come from anywhere he thinks opening up an office and spending some time in Silicon Valley is a good thing. “You have to be cutthroat.”

For some practical advice he listened to three pitches by South Florida startups. Some of his advice, in no particular order:

UPDATE: I can’t do his talk justice, so watch the show below, courtesy of Refresh Miami.