Tuchman beat out 19 other top teams from around the world at the Challenge Cup Global Finals, sponsored by accelerator and seed fund 1776 and Revolution, an investment firm started by AOL co-founder Steve Case. Caribu, a Miami-based education-tech startup, won a $100,000 equity investment from Revolution at the grand finale event in Washington DC Thursday night.

Caribu created a storytime app that connects families, even if they are miles apart. The Caribu app lets families to read books and draw together during a real-time video call. Tuchman’s co-founder is CTO Alvaro Sabido, who came up with and developed the concept with classmates in grad school in London before moving to Miami to pursue growing the company. Tuchman, the former executive director of Teach For America in Miami, and Sabido, a software developer, met through a co-founder matchmaker organization in 2016.

“We have an open seed round so this couldn't have happened at a better time or with a better fund. Steve Case and the Rise of The Rest Fund are focused on investing in companies in emerging startup ecosystems that are disrupting major industries so there is nothing more aligned than investing in a Latina CEO from Miami whose company is focused on improving early childhood literacy globally,” Tuchman said from Washington Friday morning.
Thursday night's big win caps off a year of accolades for the startup. Most recently Tuchman was named one of three top Mother of Invention winners by Toyota and Tina Brown’s Women in the World Foundation, which came with a $50,000 prize and exposure in the New York Times and in a Toyota commercial. Caribu was also a winner or finalist in 18 other contests, including Tech.co’s Collision pitch contest, Teach For America’s Social Innovation award, Harvard Business School’s New Venture competition and locally with eMerge Americas and the 2017 Miami Herald Business Plan Challenge, to name a few.
Among the diverse group of competitors in the 1776 contest was an Israeli startup that farmed and then sold roasted grasshoppers, as well as other startups in technology, education, finance, women's health and consumer products.
Caribu generates revenue through subscriptions and recently Caribu partnered with the Blue Star Families nonprofit on a campaign targeted at military parents so that active duty soldiers will never miss another storytime. Families receive six months of Caribu free.
Tuchman said Caribu doubled growth and brought on more publishers in the past year as well as raised pre-seed financing. She is also  participating in the Babson Win Lab accelerator for women entrepreneurs and Caribu was recently named a Startup to Watch by Platform Miami.
Tuchman, whose family are Cuban immigrants, makes it part of her personal mission to represent and promote women and minorities in tech, an industry with woeful statistics on those fronts.
“Being able to represent Miami, female founders, and Latinas on a global stage, and then take home the top prize was an insanely proud moment,” she said.
On Thursday, Tuchman also took home a big win for Miami. 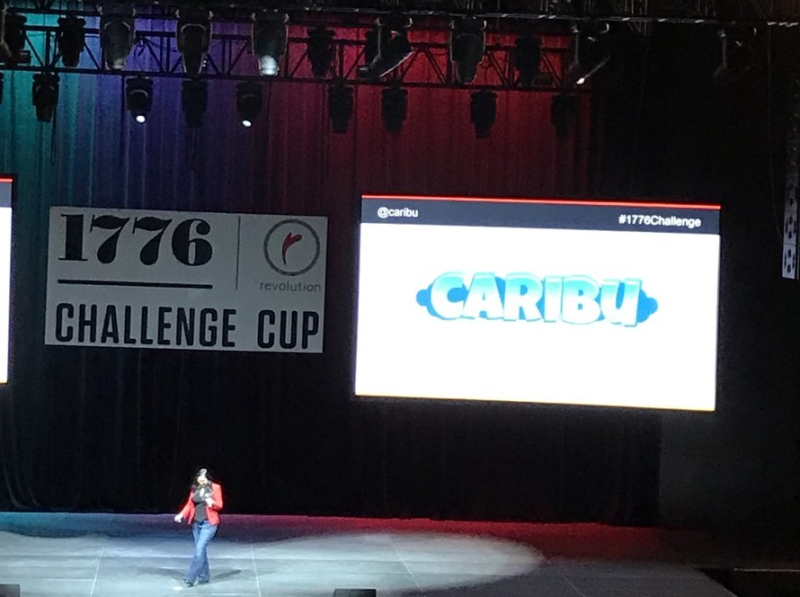 Photo at top and above are photos at the 1776 Global Challenge from social media. Below is Tuchman and Sabido in a 2016 Miami Herald file photo. 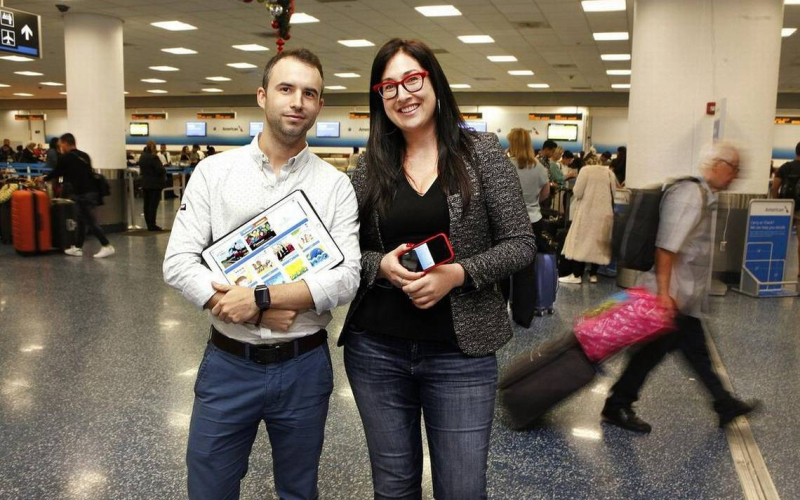