« RIP, Jugofresh, thanks for leading the way. | Main | Co-founder Ryan Cohen stepping down as CEO of Chewy, a homegrown success story »

Wyncode to offer $1.4 million in scholarships to promote female involvement in tech 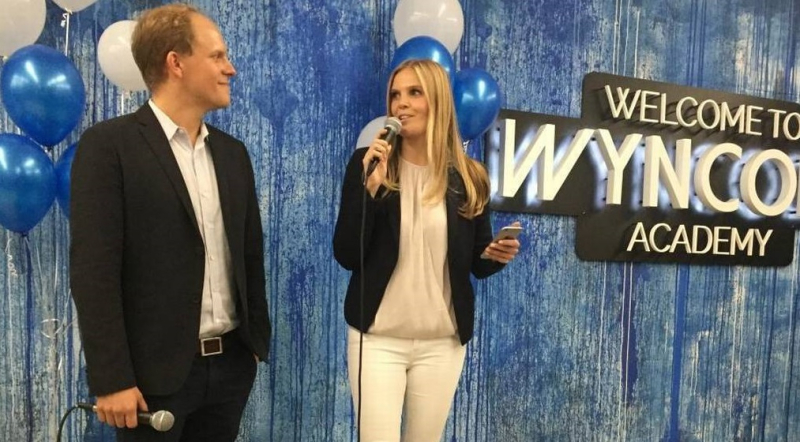 For women who want to learn tech skills – coding, UX/UI design or digital marketing -- and perhaps qualify for a scholarship, too, here’s an opportunity for you. Here’s the lowdown, from Wyncode:

Today, Wyncode Academy announced a $1.4 million scholarship commitment to promote increased female involvement in technology. The scholarships will allow females to build technical foundations in the areas of computer coding, user experience and user interface (UX/UI) design, and digital marketing, ultimately building long-term meaningful careers in technology.  The scholarship aims to balance the school’s female enrollments as Wyncode strives to create an equal gender parity environment in their classrooms and throughout the South Florida tech scene.

“There’s a shortage of women in technological roles and it is not because women lack skill, but because they lack equal opportunity in a traditionally male-dominated industry,” said Johanna Mikkola, CEO and co-founder of Wyncode Academy. “As a community of educators, technologists and entrepreneurs, we see limitless potential in all our students and alumni, and want to develop a support system through education to help them achieve their goals.”

Wyncode strives to offer up to 930 scholarships over the next four years to qualified female candidates interested in enrolling in the academy’s Full Stack and Front End Web Development courses, UX/UI Design Immersive and Digital Marketing course. Wyncode’s in-person courses are comprised of rigorous professionally curated curriculums taught by senior instructors, many of whom worked in tech hubs such as Silicon Valley and New York City before joining the academy in Miami, Florida.

“Miami’s thriving tech ecosystem is in need of skilled technologists, especially since the city is a serious contender for Amazon’s second headquarters,” said Adriana Cisneros, CEO of Cisneros and member of Wyncode’s Endeavor Advisory Board. “Through Wyncode’s commitment, the talent pool in South Florida will increase by nearly a thousand women with highly desirable tech skills that both established corporations and startups across the country need.”

Prospective female students can start their application or learn more by visiting:

Posted by Nancy Dahlberg 03/14/2018 at 08:00 AM in Education, Technology, Women in entrepreneurship | Permalink