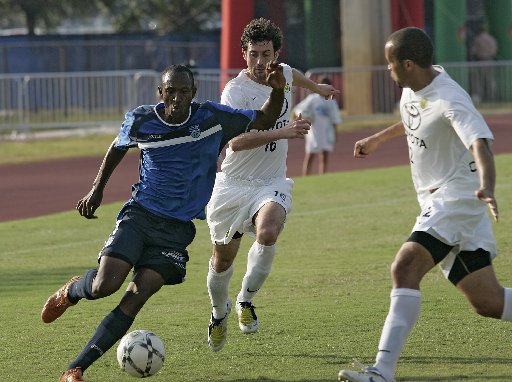 If this were a soccer game, the Blues would be in stoppage time.

Their March 8 deadline to prove their longterm viability to ownership group Traffic Sports has passed. But they still have a pulse -- at least until the end of the week.

The plug hasn't been pulled. A final decision won't be made until team executives from Brazil visit the area in the coming days.

Team President Aaron Davidson has been pulling together a portfolio to prove to Traffic that South Florida actually wants to support the team.

Part of that dossier is inevitably season-ticket sales. They wanted to move 5,000 packages. They've sold a quarter of that number.

Miami FC announced late Monday that it had sold just 1,250 season tickets -- which in other years would be a respectable figure. The team's average attendance in 2008 was under 2,000. But Traffic wanted to see improvement, and there's no doubt that figure is disappointing.

Still, all is not lost, the team says. With the deadline extended until the end of the week, there's still time to pick up your season pass. Tickets are sold directly by the team at MiamiFC.com.

"While we don’t necessarily have to hit the 5,000 mark to continue, we must get closer," Davidson said. "The combination of season tickets and other forms of support will determine our decision.  As of now, we continue to ask, does South Florida truly want a professional soccer team?"