« MLS: No expansion in Miami | Main | Latest on Miami FC's fight to survive » 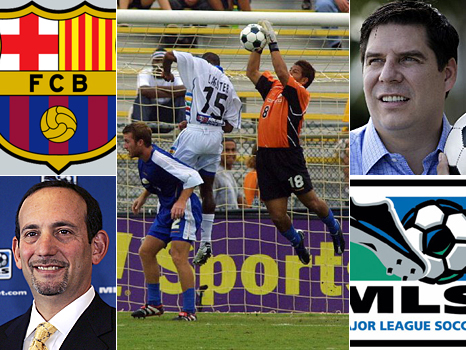 It's no secret that Miami is a less-than-ideal sports market. So when MLS had faced the tough decision of deciding where to expand in the midst of a global recession, South Florida was a risk to great, Linda Robertson writes in Wednesday's Herald.

Elsewhere, Michelle Kaufman gets the scoop with Marcelo Claure, who admits feeling uneasy about dropping $40 million on a sports franchise while he's laying people off.

And I check in on Miami FC, which isn't exactly taking a victory lap.

As for the rest of the World Wide Web, here's the Sun-Sentinel's take on the news, Jack Bell thinks Miami's loss is Vancouver and Portland's gain and Claure thinks Becks is partially to blame.