« Days of Our Bryce update | Main | Challenging start to '09 schedule »

Clint Hurtt just turned 30. He's got a daughter, a fiancee and a passion to stock the University of Miami football program again with talent as Randy Shannon's recruiting coordinator. Hurtt proved he's one of the best in the country at his job last week when he earned honors as a Rivals.com Top 25 Recruiter for the second year in a row.

One could argue Hurtt has the easiest job in the country with the type of talent he can pluck in a rich backyard consisting of Miami-Dade, Broward and Palm Beach Counties. And, that's pretty much what UM did to land ESPN's No. 1 recruiting class in 2008 (grabbing a boatload of talent from nearby mythical national champion Miami Northwestern and Class 4A state champion Booker T. Washington). But a look at UM's 2009 recruiting class (rated 11th by Rivals, 7th by ESPN and 19th by Scout.com) demonstrates how Hurtt can also do a fine job pursuing talent when the local area is having a down year. Of UM's 19 recruits in 2009, only six have roots in South Florida.

What Hurtt and his staff did mostly this past year was go out into the backyard of their in-state rivals (national champion Florida, USF and UCF) and pluck some of the state's best players. While Hurtt had his hand involved in all 19 recruits, he said he really either shared or handled the recruiting load by himself on eight recruits.

"The one thing I don't want people to get the wrong idea about is I did any of this by myself," Hurtt said Wednesday -- a week after putting together his third class at UM. "We have a great team of coaches who did a great job putting our class together."

Maybe so. But Hurtt deserves most of the high-fives. He and receivers coach Aubrey Hill combined to land UM's top recruit and his teammate -- safety Ray Ray Armstrong and defensive end Dyron Dye -- at Sanford Seminole. They also worked together on keeping defensive end Olivier Vernon from Miami American from straying to Alabama or Florida State. WIth the help of Micheal Barrow, Hurtt went into North Carolina to get defensive tackle Curtis Porter. 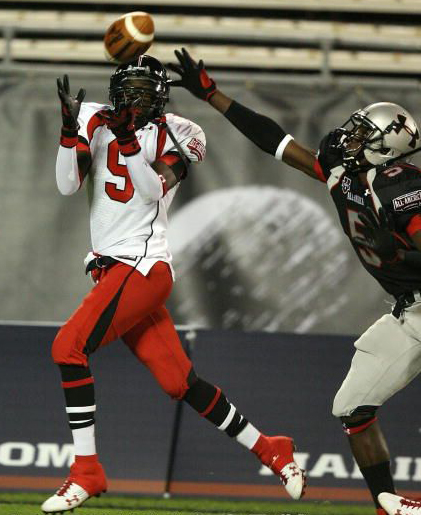 But Hurtt's best work -- aside from helping Joe Pannunzio convince tight end Billy Sanders to come back to UM on the eve of NSD -- was what he did in Gator Country by himself. He kept defensive tackle Luther Robinson from Fort Pierce Westwood from leaving UM for a late Gators push, he grabbed running back Mike James early from Polk County, and made sure he was first in line for cornerback Jamal Reid at his tiny high school in Lafayette, Fla.

Hurtt shared a lot of stories with me about UM's 2009 class, but it's Reid's recruitment he seems most proud of. Because, according to Hurtt, if the program was still recruiting the way it did a few years ago, the Canes probably would have been late getting in on Reid. Instead, they knew all about him before anyone else.

"One of the first things I told Randy we had to do when he made me the [recruiting] coordinator was we have to go into every high school in the state, every school no matter how big or how small," Hurtt said.

"You know as well as I do when you are wearing The U in some parts of this state, you get a funny look. This kid is 80 miles from Tallahassee and 45 from Gainesville. When I started making my way around everybody in this little town was telling me I got to go see Jamal Reid. Mind you this is the spring of his 10th grade year, the kid is coming off two 1,000-yard receiving seasons, 13 combined INTs. The first thing I do is make sure we're the first ones to fax that scholarship offer Sept. 1st. It made all the difference in the end when everybody else wanted him once he was an [Under-Armour] All-American."

> Going into every school in the state and making evaluations much earlier than previous UM staff's did aren't the only changes Hurtt has made as recruiting coordinator. In an effort to make sure the staff no longer wastes its time on high-level, out-of-state recruits UM has long odds of getting, Hurtt said he's implemented a rule.

"I call it the one-hour rule," Hurtt said. "If the kid lives more than an hour from a major airport, we really aren't going to bother because it's probably not worth it. Most parents aren't going to drive very far to then got on two flights to come see their kids play when they've got a bunch of other schools closer to them. That doesn't mean we won't go after a special kid who we might have a connection with. In recruiting nowadays, it's just so important to eliminate mistakes in a signing class. You can't make mistakes or it will set you back big time. You got to go after the best players, but the guys who fit your system, fit the character you want. You need to give those guys the attention instead of spreading yourself thin." 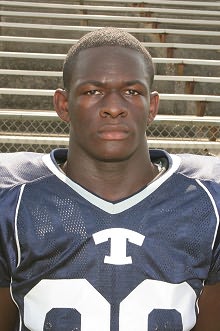 > Hurtt praised all of UM 2009 recruits, but we did talk specifics about a few players. For starters, he's very excited about getting Shayon Green, a 6-2, 230-pound defensive end/linebacker from Tift County, Ga. Hurtt said getting Green helps UM immensley, especially after the Canes signed eight linebackers a year ago, but lost out on the two (Zach Kane and Antonio Harper) who figured to play middle linebacker. Hurtt said Green was brought in to fill those losses and said he feels Green will make an impact down the road. "He's extremely explosive, plays hard and has a high IQ," Hurtt said. "That's what you want in a middle linebacker. He's going to be great on special teams this year."

> Hurtt is very excited about the defensive players Miami brought in, especially the guys in the secondary. He said Prince Kent and Ray Ray Armstrong -- both Under-Armour All-Americans -- have the size Miami has been looking for a safety. And he promises that is what both will play. He said both Reid and Brandon McGee, who have great hips and long arms, will be impact cornerbacks.

> As for the offensive recruits, the first name out of Hurtt's mouth was tackle Jermaine Johnson, who sat out last season (his second out of high school). "We got five offensive linemen and were very happy with that," Hurtt said. "We're definitely happy we got Jermaine. He's a kid who is ready."

> One thing Hurtt is very excited about is the 2010 class in South Florida, one most recruiting experts believe will be the richest area in the country this fall. "Dade, Broward, Palm Beach is always loaded," Hurtt said. "But this coming year, it's absolutely loaded. Arguably you can say its going to be better than '08. Why? Because despite all the athletes we produce around here, South Florida always has a shortcoming on offensive linemen. There are a ton of instate linemen. Not just good linemen, special linemen."

So far, the Canes have commitments from two 2010 recruits -- both are defensive tackles. Jacksonville Raines' Louis Nix, a Rivals five-star recruit, and Miami Northwestern's Todd Chandler, Miami-Dade's No. 2 recruit. By NCAA rule, Hurtt isn't allowed to discuss any of the players UM is going after, but he told me the Canes have already offered scholarships to between 30-35 players locally.

> I don't have a complete list of who those players are, but I've been able to confirm through conversations with high schools coaches, players and my friend Larry Blustein who many of those kids already are. The hotspot? Defending national champion St. Thomas Aquinas. The Canes have already offered four Raiders scholarships -- center Brandon Linder (Broward's top recruit), running back Giovanni Bernard, kicker Mike Palardy and safety Brian Robinson. There are plenty more players UM is chasing in Broward, but so far it looks like Boyd Anderson defensive back Demar Dorsey is the only other 954 player with a Canes scholarship offer to date. 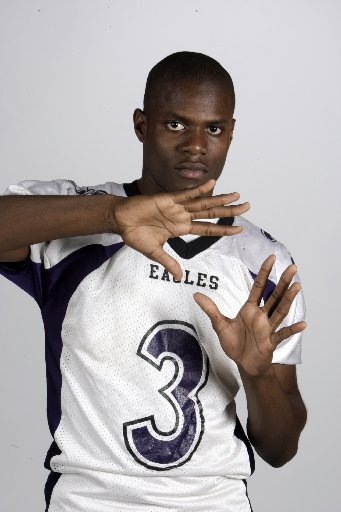 "The guys we have offers out to so far are the can't miss guys," Hurtt said. "But we're still very much watching film and following guys closely."

Here's my official toast to the next 11 months and three weeks before the next National Signing Day.