The lesson Bryce Brown taught us

Wednesday afternoon, instead of being out at the University of Miami for the second practice of the spring, I was inside The Miami Herald filming our newest installment of The Recruiting Report (a new webcast set to be released in two weeks). During our show, I got a chance to sit down and talk with the No. 1 recruit in Miami-Dade County for 2010, Miami Northwestern defensive tackle Todd Chandler. 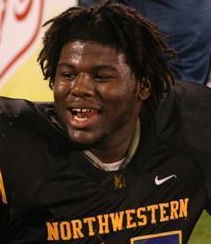 By first impressions, Todd was one of the most polite and personable kids I've interviewed recently in the 13 years I've been following recruiting and covering high school football in South Florida. Everything out of Todd's mouth began with 'No Sir' and 'Yes Sir.' He was funny, engaging and had a lot of interesting things to say about himself. For starters, he fought obesity an early age (weighing 167 pounds when he was only 7 years old). He's also the nephew of former Cane Earl Little. But the most interesting stuff to come out of Chandler's mouth during our interview -- on and off camera -- was the reason why he decided to commit to the University of Miami before his junior season was even over. At first, everything Chandler said sounded great, the type of response you want to hear from a high school recruit.

"It just feels like family," Chandler said of UM. "I know Jacory [Harris], Marcus [Forston], all those guys. We all won a championship together. Plus, it's home."

And then, the word BUT got into our conversation. "But, I've been really beginning to feel the love from other schools," Chandler said. "Oklahoma, Florida State, they're really coming hard after me. I'm going to have to give those guys a look."

Before the conversation went any further, I'll admit I lost my cool. 'But aren't you committed to Miami?,' I asked. 'Did you say you were done with recruiting?', I continued. 'Or,' I stammered, 'Is this going to be another Bryce Brown situation?'

Chandler quickly backpedaled. "No way, Sir," Chandler responded. "With all due respect to Bryce and his decision making process, I'll never handle it like that. I'm committed to Miami. When I make up my mind, it will be over. I'm not going to create a circus like that." 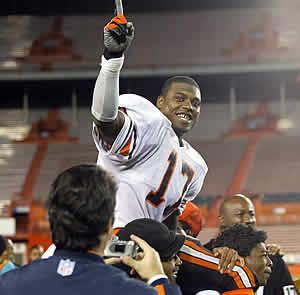 Chandler isn't the first kid I've interviewed whose been committed but still isn't done with his head-scratching process. Bryce Brown wasn't the first either (Canes fans remember the Patrick Johnson show in 2007). Still, the phenomenon of being "committed while looking elsewhere" is relatively new to the recruiting world. Sure, kids have made dramatic last minute switches before. There were stunners on National Signing Day long before Bryce Brown ever became the nation's No. 1 recruit and running back.

But there is no denying the way the recruiting game is being played nowadays is much different than it was just a few years ago. A month before national signing day 2009, nearly 90 percent of Top 150 players in the country were committed -- and still taking other visits. It seemed like there were really just a few players who might make things interesting. Then, when it came time to sign the paperwork, stunning stories began to take place across the country as longtime commitments jumped ship, and others like Brown decided to hold off on signing. I was at Monsignor Pace for one of those stunning moments when defensive back Kayvon Webster (a longtime UM commitment) didn't even call Hurricanes coaches to let them know he was going with USF. He just bolted, did them dirty.

Somehow, NSD 2009 just felt very dirty to me too -- even more filthy than what I thought was the scummiest recruiting story I had been around. You know the one I'm talking about. The year was 2003. Me and more than a dozen reporters were sitting in a library at Carol City High, waiting for the then national recruiting story of the year then to make up his mind. We'd find out later a lot more about Willie Williams not long after that. But what I appreciate now (even after the circus that story turned into) was  the genuine level of suspense and honest build up of emotion of it. Nobody knew where Williams was going to UM before that day. Nobody knew because even Williams (somebody with a lengthy police record) treated his recruiting process and the colleges chasing him with more respect than most kids do nowadays (even with his laugh out loud commentary in his recruiting diaries). Why? Because he didn't lie to anyone about his feelings. He didn't commit to Larry Coker or Bobby Bowden or anyone else and then change his mind. He spoke the truth when he was asked about where he wanted to go to school, telling reporters all the time 'I don't know.' High school athletes nowadays ought to know (whether their mentors want them to say it or not) there is nothing wrong with saying 'I don't know where I want to go to school.' 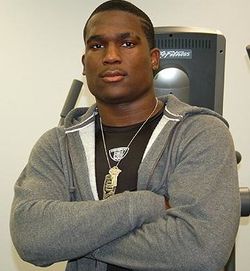 Now, just as I felt then when the Willie Williams diaries changed the game (it certainly did change the way colleges spend lavishly on recruits during their official visits), I feel this Bryce Brown saga has changed recruiting again. Maybe for the better (maybe the next high school superstar will stop short of committing when he knows he wants to take visits) or more likely for the worst (maybe it's the start of a permanent, new trend). At the very least, we know this: it's rendered commitments meaningless. Now, instead of being excited about a high school star's decision and the college choice they've made, fans are going to be wondering if any of it is true. We are going to judge them -- fairly or unfairly -- the moment "BUT I'M TAKING MY VISITS" comes out of their mouth.

Bryce Brown should not take all the blame for ruining recruiting and the word commitment. The media has done its part in further glorifying the "commitments" of high school players to prospective colleges. Rivals and Scout have certainly made a nice living off it. So has The Miami Herald, and every other struggling newspaper in the business. I've been a part of it, too. I've been just as guilty in trying to be the first reporter to tell you who the next high school superstar is to choose the Canes. Earlier this week, I dedicated an entire blog to a pair of high school players coach Frank Haith reeled in 'commitments' for in Miami's 2011 and 2012 classes.

But the truth is we've made this story much more than it needs to be. We've turned it into a yearlong odyssey. Blue-chip reporters from top-notch newspapers like the New York Times, magazines like Sports Illustrated and TV and radio stations have covered Bryce Brown nearly as much as the Alex Rodriguez steroid scandal. They've done it all because they want to be the first to tell you whether or not Bryce Brown's letter of intent was pulled by UM, or, if he may or may not make an official or unofficial visit to watch the Canes practice next week. Frankly, it's pathetic.

Ultimately, nobody will ever really know until March 16th what Bryce Brown is going to do. What I can tell you is I'm done using the word 'commitment' loosely when it comes to recruiting. I now fully understand why coach Randy Shannon doesn't believe in it. No matter what a kid can tell you about his heart, his feelings, his dreams and where he would like his future to be, it means absolutely nothing until he signs that scholarship. I think we can all agree, Bryce Brown has taught us that. From now on, when I talk recruiting with any prospective high school star and he mentions the word commitment, I'll follow it up with the obligatory question if he mentions taking other visits. You know what it is... Is this going to be another Bryce Brown situation?