« Scrimmage highlights | Main | Jack is back on All-ACC First Team »

Frank Haith's basketball team now knows who it will open the ACC Tournament against on Thursday in Atlanta -- the Virginia Tech Hokies. 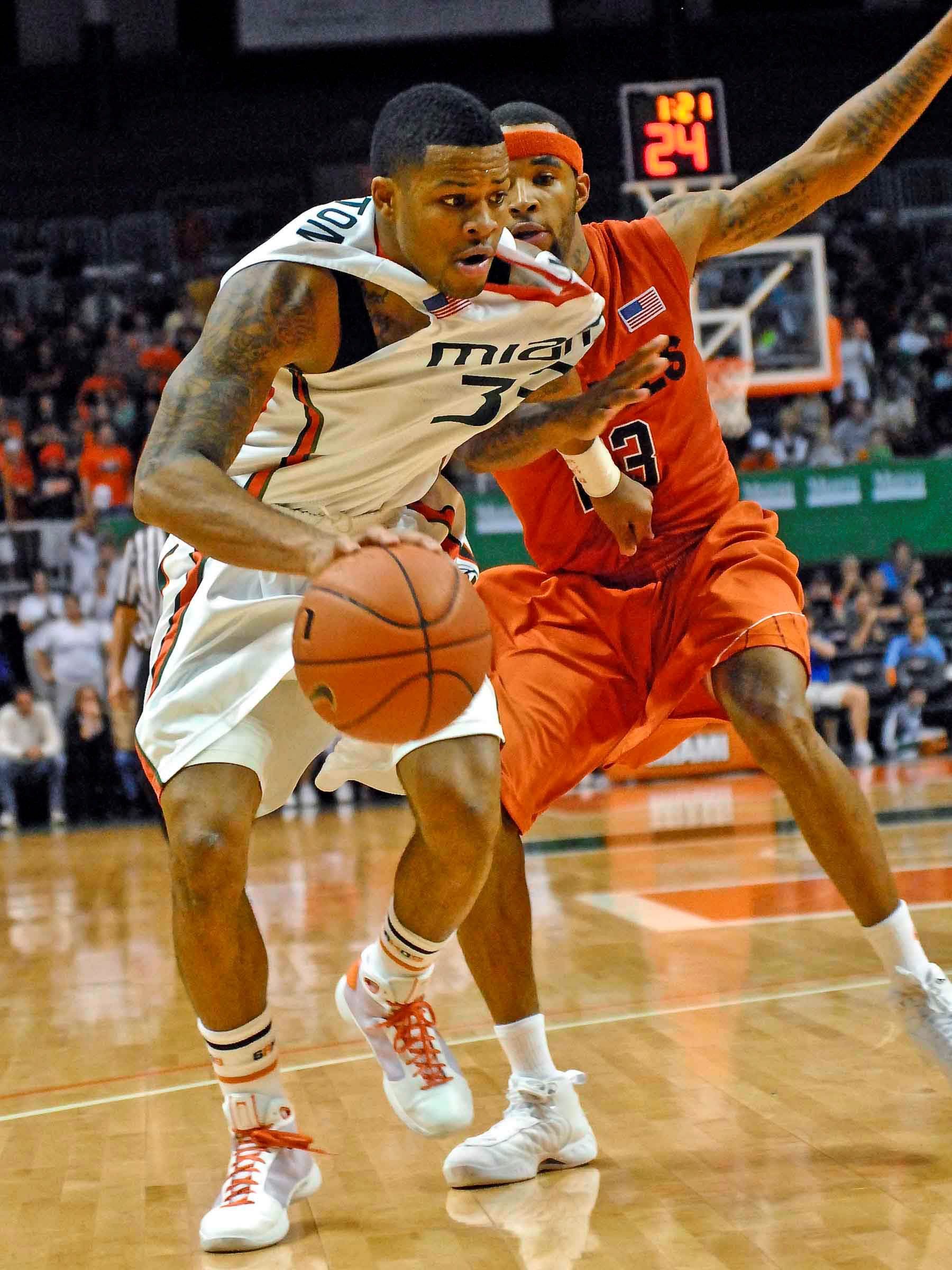 Virginia Tech (17-13, 7-9 ACC) lost at Florida State Sunday afternoon 63-53 and fell to the eighth seed based on a three-team tiebreaker system used by the ACC. Maryland (18-12, 7-9) has a better cumulative record between themselves the Canes and Hokies (having gone a combined 2-1 against the teams) and will go in as the seventh seed. The Terps will play N.C. State at 7 p.m. Thursday.

UM still has slim hopes of reaching the NCAA Tournament. The good news for the Canes is they are now even with the Terrapins and Hokies when it comes to conference record. Stacked head-to-head by their resumes, UM boasts a stronger RPI and strength of schedule ranking. Right now there are six teams from the ACC considered locks to reach the tournament. Most experts believe UM needs to win at least two games to earn an invite. But ESPN analyst Andy Katz thinks it might only take winning the opener for UM to stay in contention for at-large invite. If UM wins Thursday, they'll meet a well rested Duke or North Carolina team in the second round. The Blue Devils and Tar Heels met Sunday night to decide the regular season conference title.

Thursday's tip-off against the Hokies is scheduled for noon at the Georgia Dome. The Hurricanes lost to Virginia Tech at home in overtime 88-83 back on Jan. 25 and were beaten by the Hokies in the second round of last year's ACC tournament. Guard Malcolm Delaney beat the Canes with a rainbow three-point shot last time and figures to once again have a classic battle with fellow Baltimore native Jack McClinton.

BASEBALL SWEEPS N.C. STATE: Just wanted to send out more props to Jim Morris' baseball team for pulling off a three-game sweep this weekend of the Wolfpack. Sunday, UM came back from a 7-0 deficit early to beat N.C. State 9-7. The Canes are now 10-2 on the season with slight hiccups against two bad teams.

The story so far this season for the baseball team has been junior right-hander David Gutierrez. He tossed a 4-0 shutout Saturday and has helped fill a huge void as the team's No. 2 starter with Eric Erickson out this season... freshman center fielder Nathan Melendres has also been a huge steal. He's had a hit in all 12 games this season and had three more on Sunday. He came in hitting .341.