Henderson most intriguing wildcard for UM in '10

It's time to get back to work. The Miami Hurricanes are 17 days away from the start of fall camp on Thursday, Aug. 5. And, although the media will only have limited contact with players and Canes coaches until then (CanesFest on July 31 and there are a few more Wednesdays when we will have access to a handful of players) it's time to start previewing the 2010 season here at Eye On The U.

Over the next two-plus weeks, I'll examine the big story lines and questions facing the Canes and rank the Top 60 players on the team based on past performance and expectations. Even though some players will not show up in the rankings, a handful could potentially make huge impacts during the 2010 season. So, to kick of this year's preseason player rankings, I'll start with those guys, The Wildcards. Here they are: 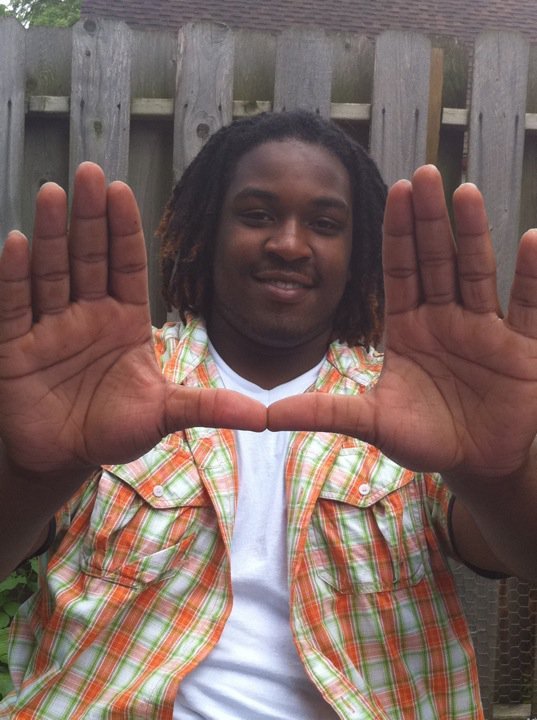 1. Seantrel Henderson, OL, Fr.: If LeBron James was the biggest summer arrival on South Beach, Seantrel Henderson should be considered the same in Coral Gables. After picking USC over Miami and Ohio State on National Signing Day, the nation's No. 1 high school offensive lineman backed out on the Trojans after they were hit hard by NCAA sanctions earlier this month. Now, he's become the biggest addition to the Hurricanes' 2010 signing class. Assuming there are no surprises with the NCAA Clearinghouse, Henderson should report for classes Aug. 3 and be in uniform when coach Randy Shannon starts asking guys to fly around. Henderson isn't quite like the other offensive linemen UM has recruited in the past decade. He probably will not need much time at all to get bigger or stronger. At 6-8, 340-pounds, his toughest adjustment will likely be getting used to the speed he's seeing on the other side. With UM loaded with talent at defensive end, he'll be tested quickly. It's hard to imagine Henderson pushing Orlando Franklin out of the starting left tackle job by the season opener on Sept. 2. But could Henderson start at right tackle ahead of redshirt freshman Jermaine Johnson (6-6, 310) and sophomore Ben Jones (6-5, 300)? Absolutely. At the very least, Henderson should split time. 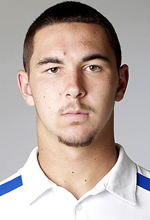 2. Chase Ford, TE, Jr.: Ford would have benefitted largely from participating in the spring and learning offensive coordinator Mark Whipple's system. But the NCAA denied a waiver the 6-7, 250-pound native Texas needed to transfer in from Kilgore Community College, the same school which produced former Cane Kevin Everett. So, Ford spent his spring staying in shape and working as a maintenance man at his old high school. Ford won't have to cut the lawn at UM, but he will have to make a Jimmy Graham-like transition to the Canes' offense. Other than senior Richard Gordon (4 catches, 32 yards), Miami only has redshirt freshman Billy Sanders (6-4, 248) and two other freshmen -- Clive Walford and Asante Cleveland -- to throw out there at tight end. Ford won't be the No. 1 tight end on Day 1, but he should become it rather quickly. The issue becomes how much he really helps the offense. Graham caught 17 passes for 213 yards and five touchdowns last season. Dedrick Epps caught 19 for 247 yards and 3 scores. With Miami loaded at receiver, Ford figures to probably do right around the same as those two as the tight end position is used less overall. 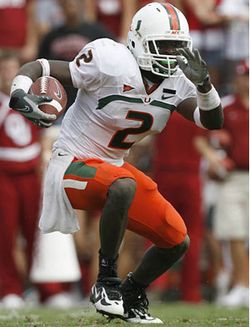 3. Graig Cooper, RB, Sr.: Quarterback Jacory Harris told reporters last week he's optimistic Graig Cooper will be back to help the Hurricanes at some point this season. That was hard to imagine back in December when Cooper's blew out his right knee -- almost Willis McGahee style -- returning a kick in the Champs Sports Bowl loss to Wisconsin. Cooper, Miami's leading rusher each of the past three seasons, had surgery not long after the injury and has been rehabbing hard with the hope of coming back to see real playing time. Tight end Dedrick Epps did it last season. But until we see otherwise, it's hard to imagine Cooper, a player who relies so much on his cutback ability, making a big impact in 2010. He could ultimately make his way back later in the season and try to prove his ready for the next NFL Draft. But my thought process is Shannon will urge him to hold off until 2011 when he could return fully healthy and have a young crop of running backs behind him. For those of you thinking Cooper's loss is no big deal, remember two things: 1. Mike James and Lamar Miller have a combined 15 college carries in their career (all belong to James). 2. Cooper finished fourth in the ACC last season in all-purpose yards. 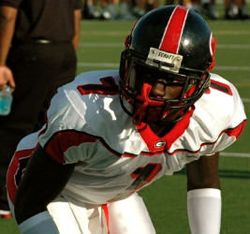 4. Latwan Anderson, ATH, Fr.: Just like Henderson, Anderson was a post-signing day gift for UM. A 5-10, 170-pound freshman who signed a track scholarship with the Canes, Anderson finished his senior year in Ohio with 66 tackles, four forced fumbles and 14 picks and was considered a 5-star recruit by Rivals. He could potentially help Miami all over the field, much like Devin Hester once did, playing on defense, offense and special teams. Considering how much help UM could use at cornerback, it's hard to imagine the staff pushing him to receiver, where he would be behind a long list of talented players. If Anderson ends up in the secondary, he could always switch to receiver later on in his career. My thought is we see Anderson mostly on special teams, dime situations and maybe once or twice on a few trick plays or reverses on offense. Either way, I think we will see at least one or two freshmen play a lot in the secondary with numbers down at cornerback. 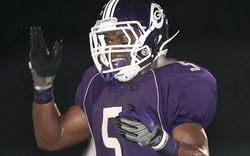 5. Kevin Nelson, LB, Fr.: If there is a position on defense with more questions surrounding it than middle linebacker, let me know. With the departure of Darryl Shaprton, Shannon let true freshman Shayon Green start the spring with the first team in the middle. The experiment didn't last long. Green was quickly replaced by senior Kylan Robinson, a 6-1, 235-pound former four-star running back with four career special teams tackles and no starts under his belt. Shannon was happy with Robinson in the spring, saying he made major strides. Although Robinson is in line to be this year's Matt Pipho (a player who waited until his fifth season to become a major contributor), he could receive a serious push from Nelson, a 6-1, 220-pound true freshman from Gainesville who scouts love. If Nelson, 20, impresses enough, there's no reason he couldn't at least share some some playing time with Robinson -- especially since Shannon seems intent on not wanting to have to move Colin McCarthy to the middle.

Footnote to the Top 60 rankings: I did not include freshmen who were not around for spring football or veterans who enter the season coming off major injuries (i.e., Graig Cooper).