« Time for another beginning: Miami Hurricanes baseball on the horizon with preseason festivities | Main | News and notes from the start of Canes spring baseball practice »

Turns out freshman David Thompson isn't the only athlete at the University of Miami who can swing a big bat and fling a football around. 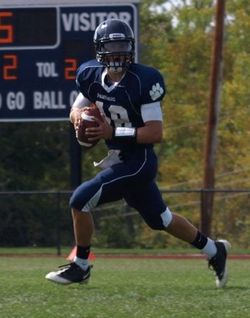 Outfielder Grant Heyman, a three-sport star at Pittsford-Sutherland High School (N.Y.) and 11th round pick of the Toronto Blue Jays in June, said Friday he's had discussions with the football staff about going out for football in the fall.

Heyman (6-4 1/2, 205) was an All-State quarterback and said he had offers from Rutgers, Syracuse and Buffalo as well as some Football Championship Subdivision programs. He said UM coaches told him he would come in as an athlete and potentially play "quarterback, receiver, really anywhere."

But right now, Heyman said, he's concentrated on trying to earn a starting spot on the baseball team and not worrying about football. Coach Jim Morris and the baseball Hurricanes held their first official practice of the spring Friday and have three weeks to prepare for the season, which begins at home against Rutgers Feb. 15.

"I guess when I originally came here they said I could play football. That's part of the reason I came, not the biggest reason," Heyman said. "I'm just trying to put on more weight before I go over there." 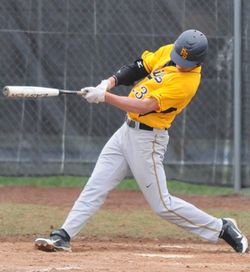 Unlike Thompson, whose first love was baseball, Morris said Heyman's first love has always been football. Morris said Heyman is certainly talented enough to play both, but he loves his raw baseball skills. Because he lived in the northeast, though, Heyman just hasn't had as much time as others to focus on baseball.

"He has to progress," Morris said. "He's the highest drafted player on our team to come in here [this season as a freshman]. [In fall practice] he hit balls on the deck [of the parking lot behind the right field wall at Mark Light Field]. He just hasn't had the repetition. So he has a lot of work to do to learn how to play the game. But that guy is going to be a very good player for us.

"He's got great tools. Number 1, the power. He can run. He's 6-5," Morris continued before slipping in a joke. "He's a prototype quarterback -- I mean outfielder."