On Sunday night, Golden put out yet another depth chart -- this one supposedly for Friday's opener against FAU.

***The changes on offense:

* 6-5, 318-pound redshirt junior Jon Feliciano has won the starting right tackle position from Seantrel Henderson, who is now the backup.

* At left guard it's Malcolm Bunche ahead of Feliciano, with an "or'' between their names.

***The changes on defense:

* Anthony Chickillo has won a defensive end starting spot, as opposed to having an "or'' after his name.

* At outside linebacker, it's 6-3, 233-pound junior Thurston Armbrister "or'' Alex Figueroa, as opposed to the other way around.

* Raphael Kirby is the backup to Jimmy Gaines at middle linebacker.

* Tracy Howard has locked up the starting spot ahead of Antonio Crawford at cornerback.

* The starting safeties are Rayshawn Jenkins (he beat out A.J.Highsmith) and Kacy Rodgers II.

* Kick returner is still Dorsett, with Duke Johnson "or'' Artie Burns backing him. 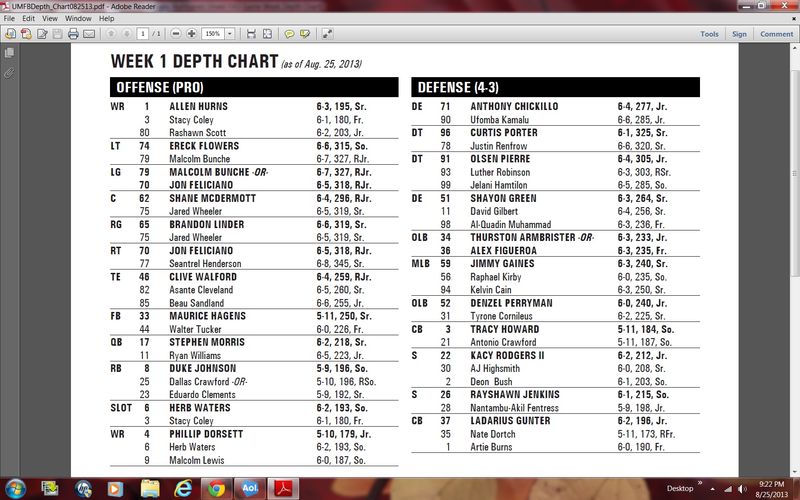