Starting center Shane McDermott has been ruled out for Saturday night's game against Savannah State with a lower extremity injury according to the injury report released Thursday. 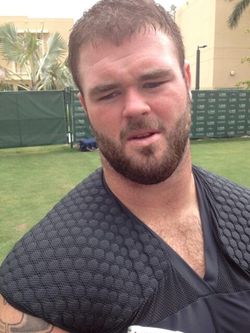 McDermott, who has started 14 consecutive games at center for UM dating back to last season, is backed up by 6-5, 319-pound senior Jared Wheeler. The fifth-year player out of Plantation American Heritage High has played in 25 games in his career, but has never started.

UM coach Al Golden said the team was preparing freshman Alex Gall to play in his first game this week. Gall plays guard according to offensive line coach Art Kehoe. Another player who hasn't seen a lot of time in UM's rotation is 6-8, 312-pound redshirt freshman Taylor Gadbois. Both will see more playing time this week as well.