Hurricane coach Al Golden, who has dealt with the NCAA investigation since his first fall practice, declined to address Tuesday impending announcement after participating in his weekly radio segment Monday night in Coconut Grove. 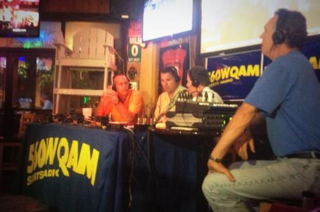 “I’m not going to get into it, guys. I apologize. I haven’t talked to the president or the AD," said Golden, when approached by a throng of reporters outside of Sandbar Grill, site of Hurricane Hotline.

Asked what he said to his players, Golden didn't budge.

“Guys, I’ve been respectful as you can be for 28 months," Golden said. "I don't know anything that you guys don’t know and I haven’t talked to either of my superiors. So in deference to that, I’m not going to comment on anything."