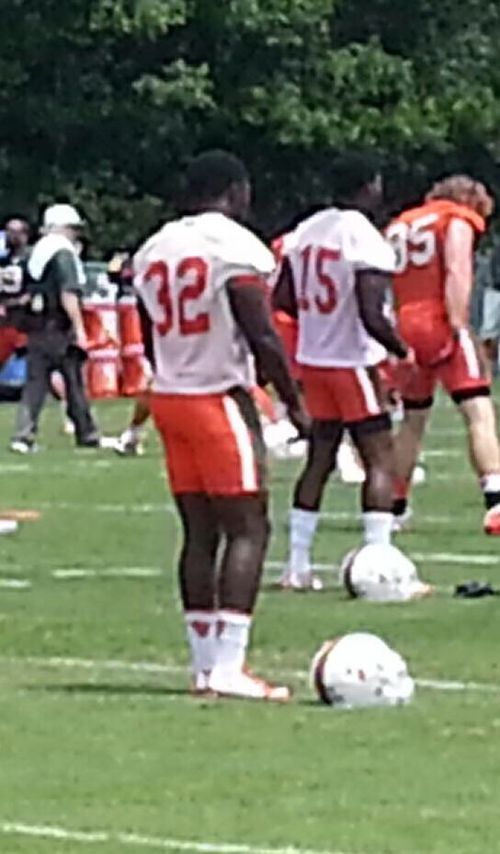 Gray, a first-team All-Dade Miami Herald selection last year, is wearing No. 32 and working with the running backs. 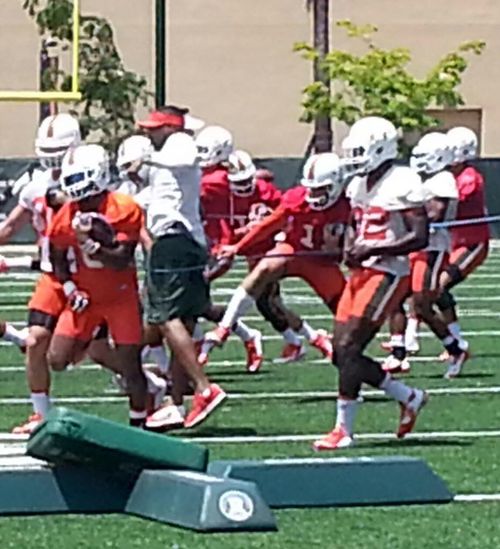 Coach Al Golden previously said that Gray could be used as a 'Wildcat' type quarterback but would likely start with the running backs -- as is the case Wednesday. Gray could also find himself at wide receiver sometime down the road.

"He took that first screen for quite a long way," Golden said of a Gray catch during the first 11-on-11 session of the day.

"I think we have him listed at 208 [pounds], but he weighed in at 222, so he's a big back. We'll see where he grows – will he grow into a wide receiver? Will he stay at running back? I don't know. He's young – he just got here. We just saw a couple of plays today, and we told him what to do so we could see him. We'll look at it and see where he goes, but he's certainly a big kid. We're happy he's here."

-- Miami's second practice of the summer was in a lightning delay for over 90 minutes.

Things like this happen in South Florida on an August afternoon.

-- Offensive coordinator James Coley said he was going to rotate his quarterbacks with the first team in camp.

On Wednesday it was true freshman Brad Kaaya's chance to get in some reps with the first unit. Jake Heaps was working with the second team today.