About 40 minutes 'til tipoff for the ACC Tournament quarterfinal between UM and No. 11 Notre Dame. Canes are the sixth seed, Irish the third.

Ran across this super fan in the parking lot! Her name is B.J. Abolt, a retired auto tag agency owner who drove up with a friend from LaBelle, Fla., near Fort Myers.

They came up in a motor coach for the women’s basketball tournament and stayed for the men’s. Her brother and sister-in-law went to UM, and she adopted their team. She travels all over the country for UM sporting events. The license tag on her car back home is “CANES,’’ and the tag on her motor coach and Jeep is “2 4 U.’’

Why does she love the basketball teams so much?

“I grew up in Indiana with a basketball in my hand,’’ said Abolt. “I’m a big football fan, but now we have such terrific coaches that we’re involved with the basketball programs and it’s fun. This team, if they’re on, they can beat anybody here. Anybody.’’

She went on to rave about UM women's coach Katie Meier and men's coach Jim Larranaga, saying both are great teachers who make their players better.

A little while later, in the arena hallway, the Canes took over the hallway for some pre-game calisthenics. 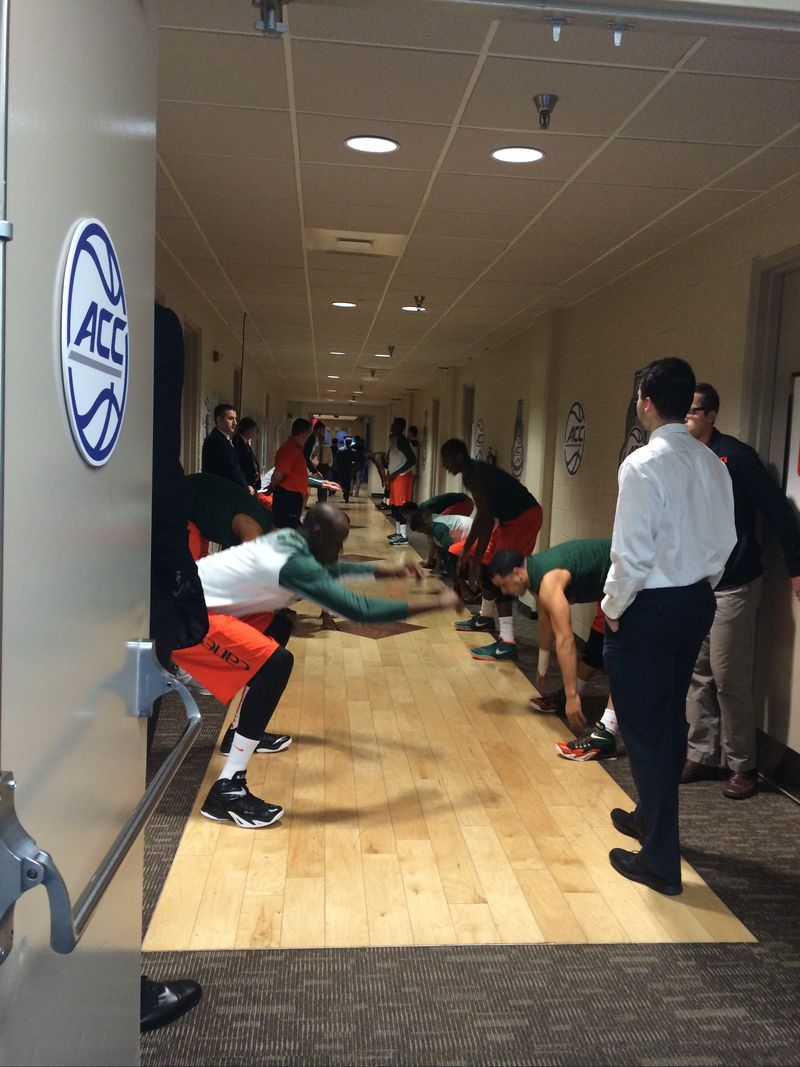 Good news for us reporters writing on tight deadline tonight...Duke is crushing NC State 77-51 with 2 minutes to go, which means the UM game should start earlier than last night's 9:43 p.m. tipoff.