« When the others ran away from the U, this proud Hurricane, who arrives Sunday, ran toward it | Main | Miami Hurricanes lead all ACC baseball programs with eight players selected to All-ACC teams »

Sights and sounds of Hurricanes' first day of college life

It's a day that every college football player will forever cherish and remember -- their first with their program of choice.

UM welcomed 13 members of its 2015 recruiting class and one walk-on Sunday as they get set to begin the Summer A session at UM on Monday.

The newcomers join five other members of the class that enrolled early and arrived at UM for the spring semester. Those were safety Jaquan Johnson, defensive end Scott Patchan, linebacker Charles Perry, tight end Jerome Washington and lineman Jahair Jones.

Running back Mark Walton, expected to break into the backfield rotation as a freshman and eventually become the feature back of the offense, walking into the Schwartz Center in the morning.

Robert Knowles, the safety out of Edison, takes the cake as the incoming freshman with the best hair.

Knowles' teammates in the secondary but at corner, Sheldrick Redwine and Michael Jackson pictured here. 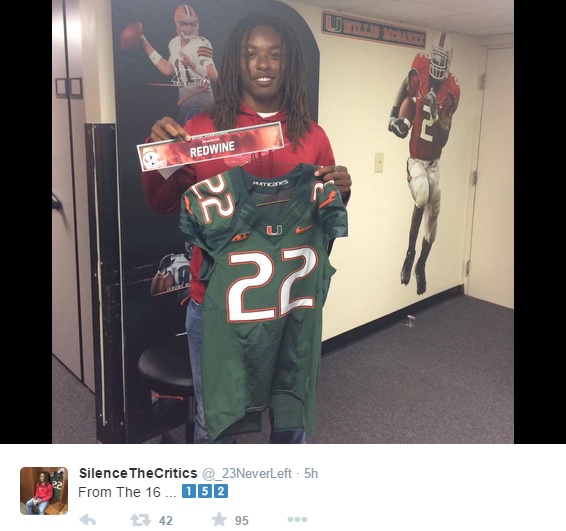 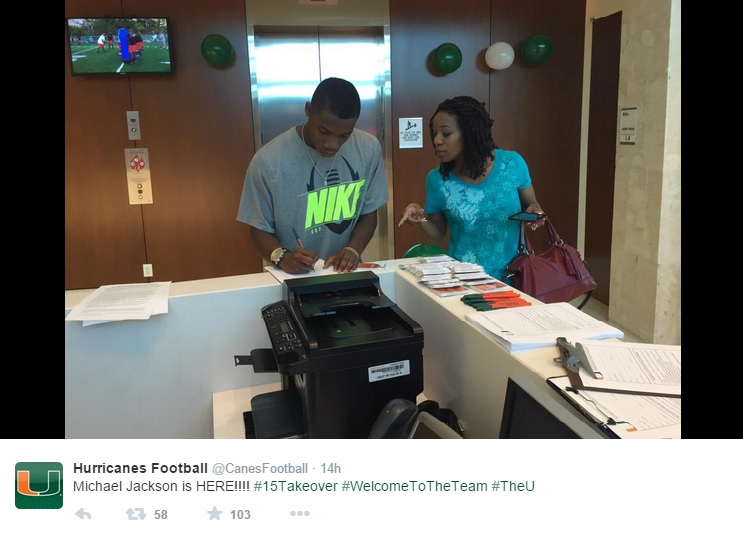 The incoming freshmen got together with returning players, shaking hands and formally meeting their new teammates.

Here are the numbers the newcomers will wear:

*UM also added linebacker John Tauber (48), a teammate of St. Louis, Patchan and Fines at IMG who will walk on to the team.

For a full album of all the new arrivals by HurricaneSports.com, click here.