Fifteen minutes, nice to have known you!

The Hurricanes got going for Day 1 of Fall camp in their nifty, new Adidas practice uniforms and the enthusiasm usually exhibited at this point -- 85 degrees or not (Hey, that's cool for this time of year).

Everyone was out there, as far as we're told, so that's the first good news.

*** Offensive tackle Kc McDermott, who will be playing this season for the first time since knee surgery to repair a torn MCL in his left knee, looks large and fit. He wants that left tackle spot. He's listed as 6-6 and 315 pounds. *** Newest scholarship quarterback Evan Shirreffs, who is wearing jersey No. 16 (along with punter Justin Vogel -- hey, there's no punting competition storyline this camp), looks mighty lean. He's listed as 6-5 and 195. 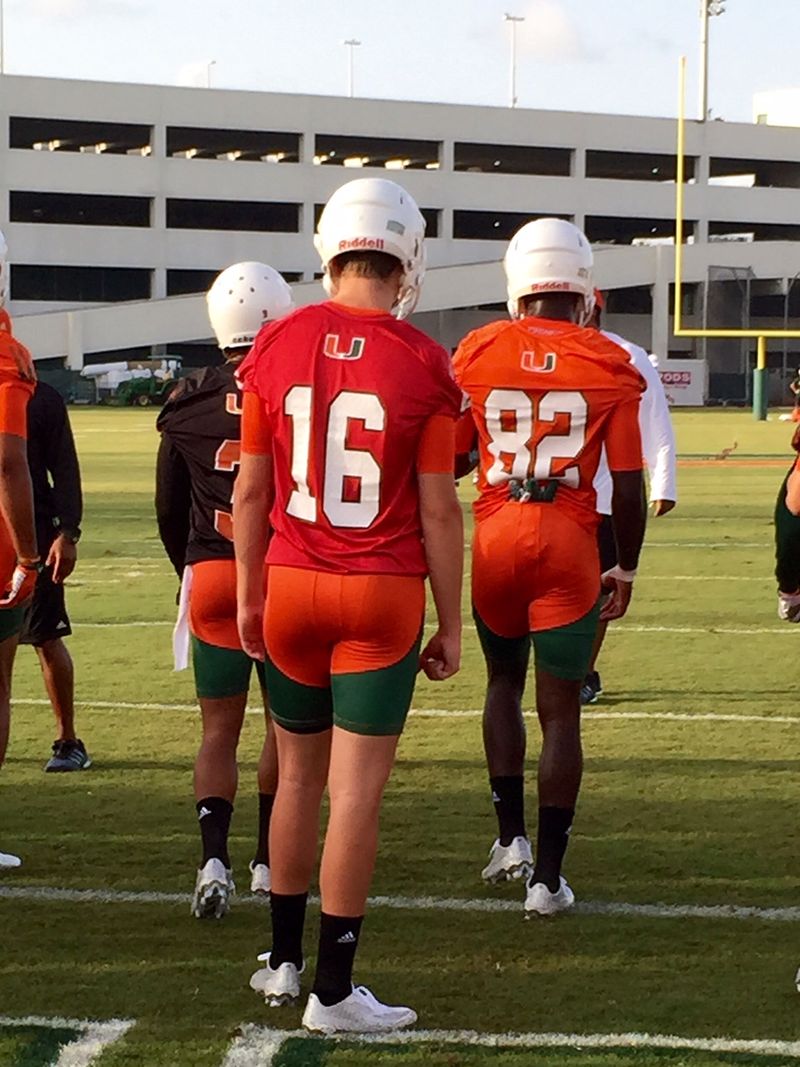 Here are some photos I took during our 15 minutes... We'll get some players after practice. 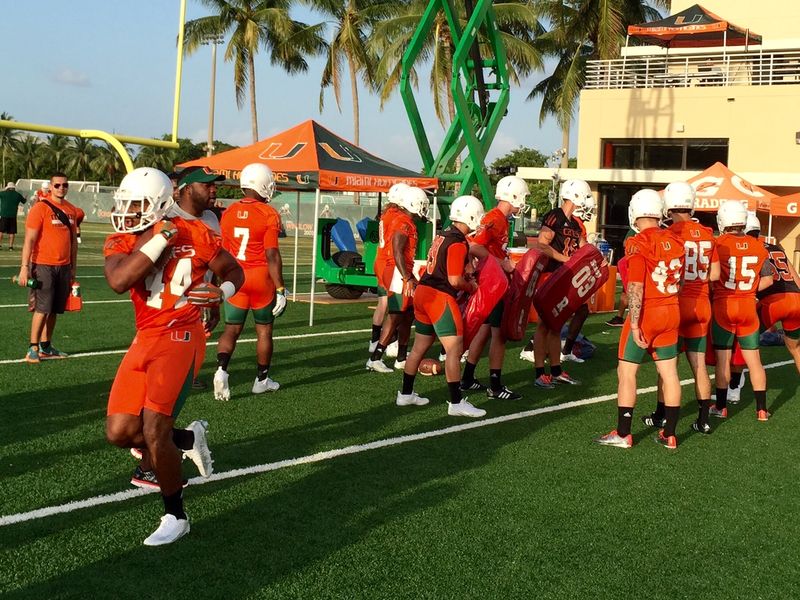 Check out those adidas unis -- and some of the linemen. That's Jelani Hamilton with the leggings -- No. 99. 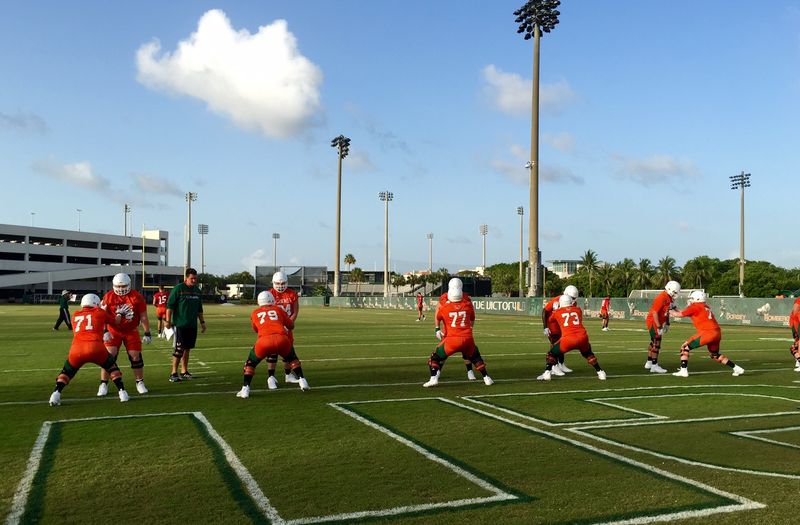 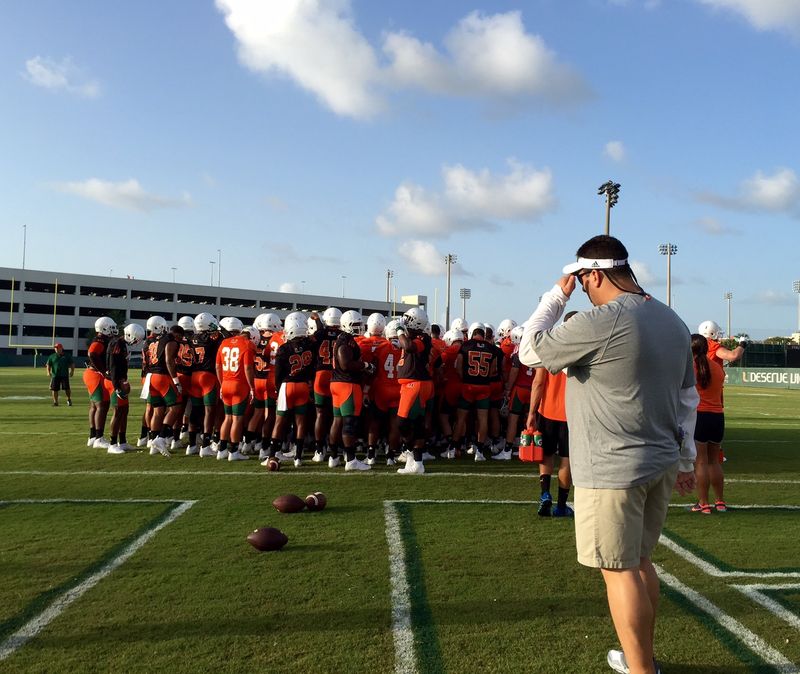 Team huddle and cheer time. Do you notice who is in the foreground watching this all? That's former Canes center Joel Rodriguez, who is the new director of player development 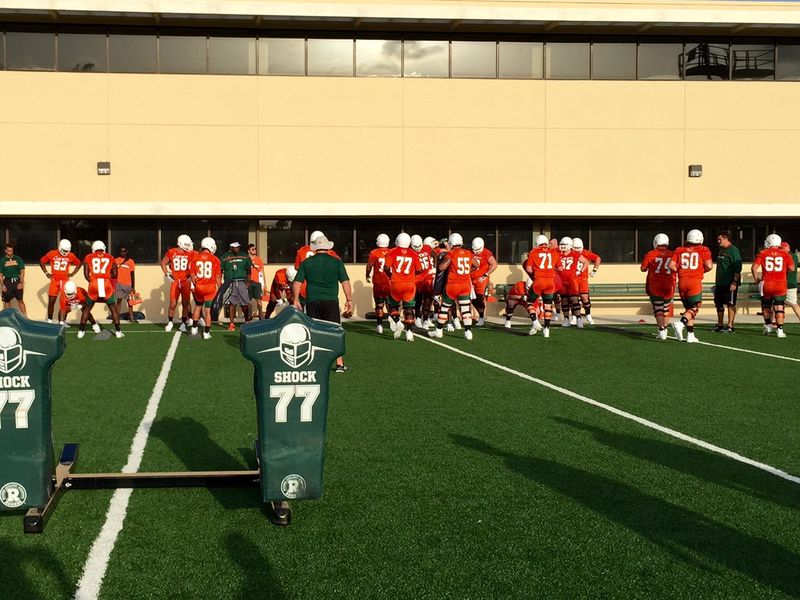 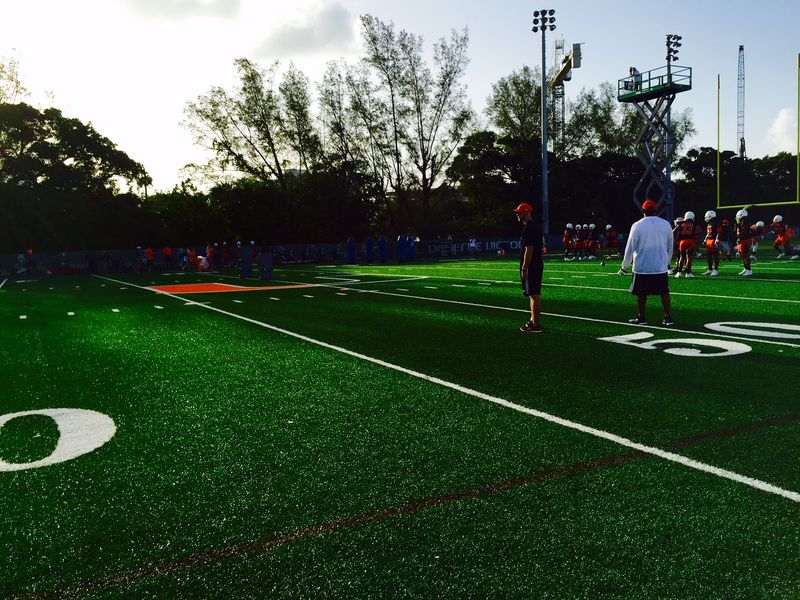