« Canes notes: What the loss of Edwards means; Golden on Thomas, Muhammad as backups; Kaaya on turning 20 | Main | A series of notes/observations heading into Saturday's season opener for the Hurricanes » 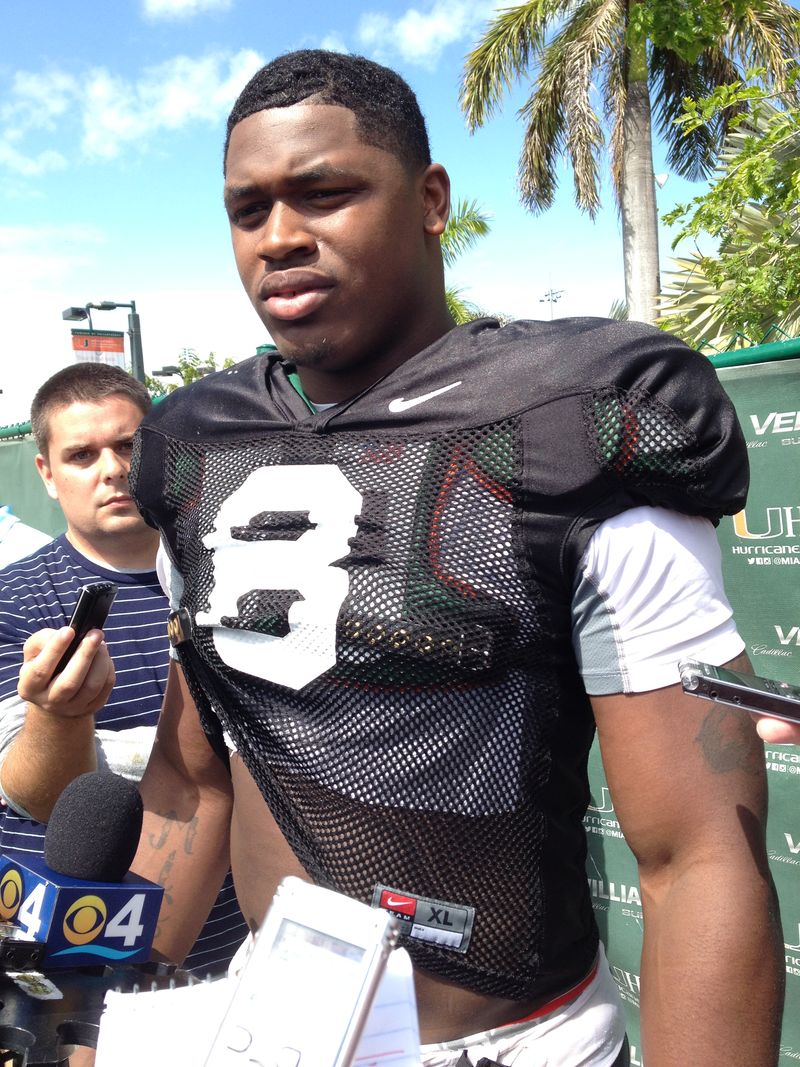 Muhammad is expected to play in the second game, at FAU.

I do not know what Quan did. I can only imagine.

On Wednesday, coach Al Golden was asked if UM had anyone suspended to start the season.

"We do not right now,'' he said. "If there are any suspensions we'll tell you like we do every game. You will be notified in pregame if there's anything... That's our protocol.

"Right now we expect to have everybody.''

I think Al must have been crossing his fingers behind his back.

Curiously, we saw Muhammad in a scout-team jersey last week at the beginning of practice, before he sprinted back into the locker room and came wearing his usual No. 8.

Quan, by the way, was suspended all last football season -- suspended by the University, actually, and couldn't take classes after getting into a fight after the 2014 spring game. I have no idea whose fault that was, but I did see the police report from another incident last year, and it wasn't pretty.

Stay tuned. And see you Saturday.