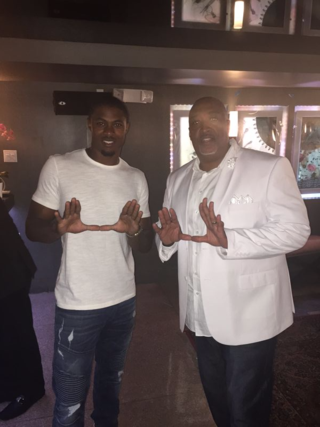 Artie Burns, who lost his 44-year-old mother to a heart attack in October and left UM after his junior season to take care of his younger siblings and 19-month old son, became the 58th first round pick in University of Miami history when the Pittsburgh Steelers drafted him with the 25th pick Thursday night.

Four corners were drafted ahead of Burns, who was listed as the 31st best overall prospect by ESPN’s Mel Kiper and came in as the seventh-best cornerback in the draft according to CBSSports.com.

"They needed help in the secondary. They gave up almost 4,500 yards passing," ESPN analyst Jon Gruden said of the Steelers. "[Burns] came on this year. I think he's another long, bump-and-run corner that will flourish under Mike Tomlin, an ex-secondary coach."

Said Kiper of Burns: “I like everything about him. He gets a little grabby at times and that might be his only issue in the NFL, getting penalties. But he's big, he's long, he's fast, he's athletic, makes some big plays. I thought he got beat in some games more than I like -- particularly the Nebraska game bothered me. But if he refines his technique he should be a really good player.

"I love his anticipation, his ball skills, had six interceptions this past year. He really came on. But you can't be grabby in the NFL with the way they throw flags. If he corrects that, he's got everything it takes physically and athletically to be a good corner. He can have a presence in that secondary that the Steelers like."

Burns former UM teammates and new Steelers teammates were obviously happy for him.

Here are some tweets:

Coach Tomlin on Artie Burns: "We're excited about his upside...he's good with the ball and has elite speed."

NIGHT ON THE BEACH

Burns and his family – including his younger two brothers, girlfriend Ella and 19-month old son AJ – watched the first round of the draft inside a hotel room at The Betsy Hotel off Ocean Drive on South Beach. Burns’ agent Melvin Bratton said former UM receiver Rashawn Scott was also there to support Burns.

Bratton said earlier in the day Burns spent the afternoon walking the beach for two to three hours with him and his wife trying to fight off nerves.

“Artie had some good pre-draft meetings with Carolina, Tampa Bay, the Jets, Miami and the Cardinals too – teams that need corners,” Bratton said Thursday moments before the draft got underway.

“But like I told him, the teams you haven’t spoken to are usually the ones that draft you.”

The Hurricanes, who had seven players taken in last year’s draft including two first round picks, don’t have as deep a draft class this year.

Safety Deon Bush, whom Kiper listed as his 181st overall prospect, will likely be the only other player taken in the draft. Other Hurricanes prospects who could get drafted or sign with teams as free agents are Scott, defensive end Ufomba Kamalu, cornerback Tracy Howard, linebacker Tyriq McCord and receiver Herb Waters.

Counting Burns, the Hurricanes have had 94 draft picks since the start of the 2000 season – a figure that ranks second among all NCAA teams.

TMZ reported Thursday morning that Burns spent $41,000 on jewelry in a New York city store earlier this week to look good before the draft. Bratton called the report “flat out wrong.”

“We squashed that,” Bratton said. “First of all, he did that in February and he spent a couple grand. It wasn’t $41,000. That guy from the jewelry store was just trying to advertise his company. Artie doesn't even own a car right now. I won't let him buy one until after this weekend. So, if he doesn't even have a car why would he spend $41,000 on jewelry?"