« Hurricanes' sidewinder Cooper Hammond out for up to a year; Freshman gets first start tonight | Main | FAU at Miami football game on Sept. 10 will be aired at 6 p.m. by ESPN3... and also... »

First crop of (mostly) Baby Canes arrive on campus for Summer A Session, with more joining them for second session 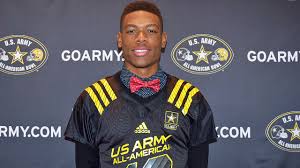 Your 2016 Miami Hurricanes continue to take shape. The university has now confirmed that 12 football players, including Ahmmon Richards, shown above, have arrived on campus and officially registered for Summer Session A classes:

Mayweather, already 21, is a redshirt junior who led Olive Branch High School to the 2011 Class 6A Mississippi state title, according to a UM biography on him as a true freshman in 2013. The bio said he "recorded 781 yards and five touchdowns on 41 catches" his senior season. He also was listed as playing in a scrimmage in August 2014.

Colbert redshirted his first season and got most of his playing time in 2013 and '14. He played in all 13 games both of those seasons, making four starts at safety as a sophomore and playing mostly on special teams as a redshirt freshman. According to the Texas statistics, he played in 12 games last season but did not register any numbers.

He had 26 total tackles for his career and an interception in his first career start against North Texas.

Harris, from Jackson, Mississippi, played this past season at Copiah-Lincoln Community College in Wesson, Mississippi, where he was named Mississippi Association of Community and Junior College first-team All-State. Rated three stars by Rivals.com, Harris has three years of eligibility remaining and will be eligible to play immediately for the Hurricanes.

Harris was a three-star receiver out of Callaway High in Jackson. At Copiah-Lincoln, he caught 45 passes for 546 yards and three touchdowns last season, according to the National Junior College Athletic Association.

Jack Spicer is a Florida transfer who redshirted last season and is out of Estero High, where he also was a talented tight end.

Cesar Castillo is sophomore who was already enrolled at UM and will be listed as fullback.

Here's info and videos of Joseph Jackson (and Dionte Mullins and Cedric Wright, who also signed in February but aren't on campus yet): http://www.miamiherald.com/sports/high-school/prep-miami-dade/article58189508.html

Earned a consensus four-star ranking by ESPN, 247Sports and Rivals …

Competed in the 2016 U.S. Army All-American Bowl…Rated as the 148th-ranked player in the nation, 28th-best receiver and 23rd in-state prospect, according to the 247Sports composite ratings…Registered 1,278 receiving yards and 14 touchdowns on 73 catches last season, and finished with 2,722 yards, 39 touchdowns and 144 grabs in a three-year stretch...Chose Miami over offers from Auburn, Tennessee and Alabama.

Wide receivers coach Ron Dugans on Richards: “He has a very good skill set. He’s a big target and good ball skills. He’s going to be a red zone threat. He’s a kid that can change direction and is a dynamic player. He’s a baller.”

Rated as a consensus three-star prospect by ESPN, 247sports and Rivals…

Rated as the 148th–best player in the state of Florida by the 247sports composite… Recorded over 60 career total tackles and over 40 career solo tackles in just 16 career varsity games… Picked Miami over scholarship offers from Louisville, Cincinnati and USF.

Offensive line coach Stacy Searels on Johnson: “Tre is a kid that we think has tremendous athletic ability, he certainly has the size to be an elite offensive tackle. He’s a basketball player so he can move his feet. He has size, range, athleticism and I really like this kid a lot.”

Three-star prospect by Scout…Ranked as the No. 12 safety by ESPN and the No. 244 overall prospect on ESPN300…Rated as the No. 15 safety and the No. 315 prospect regardless of position by 247Sports…Rated as the third-best safety in the state of Florida and the No. 28 safety nationwide by Scout…Totaled 60 tackles, six PBUs and one interception in his final season at Niceville…Had 60 tackles, 10 PBUs, one interception and two forced fumbles junior year…Chose Miami over Clemson, Florida, Georgia Tech, Michigan, Missouri, Mississippi and South Carolina.

Safeties coach Ephraim Banda on Finley: “What I love about Romeo is his aggressiveness. One of the biggest things we are looking for in evaluating young men is their ability to seek contact and he does that on every play.”

Rated as a three-star prospect by ESPN, 247sports and Rivals…

Helped guide St. Thomas Aquinas to its second straight 2015 FHSAA 7A Championship…Caught three passes in the state championship game against Viera…Transferred to St. Thomas Aquinas in 2015 after he recorded over 1,200 yards receiving at Prestonwood Christian High School (Texas)…Tied a Texas single game record for receptions as he hauled in 21 catches against IMG Academy in 2014…Chose Miami over scholarship offers from Georgia, Michigan and North Carolina State.

Special teams coordinator and tight ends coach Todd Hartley on Irvin II.: “Michael is mature beyond his years. He’s extremely intelligent and I’m very impressed with him. He’s a very gifted pass catcher. I know he is going to come in here and work hard, so that he can come in and contribute as a freshman.”

Rated as a four-star prospect by ESPN and 247sports...

Ranked No. 175 in the ESPN Top 300 ratings…Received a three-star ranking from Rivals…Totaled 1,315 yards rushing and 13 total touchdowns as a senior…Rushed for 215 yards and one touchdown in a 32-24 win over Chaminade-Madonna in the FHSAA Regional Semifinal game…Finished his prep career by surpassing 3,200 total rushing yards, 41 rushing touchdowns and 50 total rushing touchdowns…Helped Oxbridge Academy to the FHSAA Regional Finals…Chose Miami over offers from Alabama, Auburn, Florida and Florida State.

Offensive coordinator and running backs coach Thomas Brown on Homer: “We’re very excited to have Travis Homer join the Hurricanes. He’s a great player and a great person, who fits our environment in every aspect. He’s a home run hitting tailback and I know he is ready to get going.” 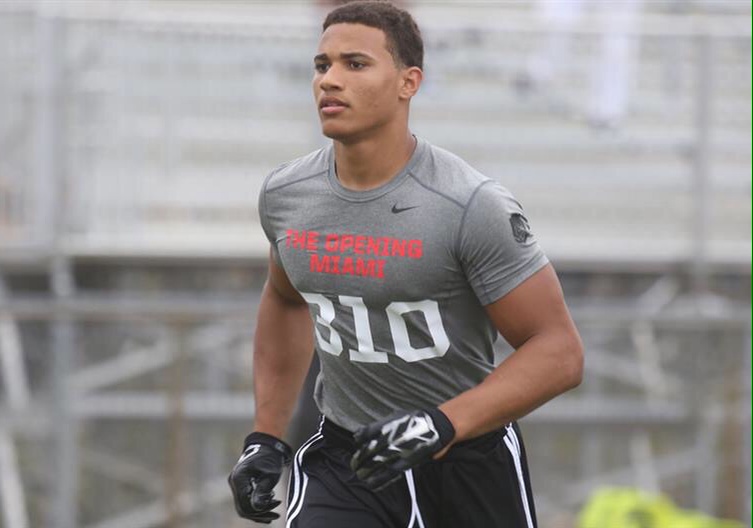 Keep in mind that UM already has the five early enrollees -- quarterback Jack Allison, linebackers Zach McCloud, Michael Pinckney and Shaquille Quarterman, and defensive end Randy Bethel -- who practiced this spring. They also are expected to get several other signees for Summer Session B, including receiver Sam Bruce.