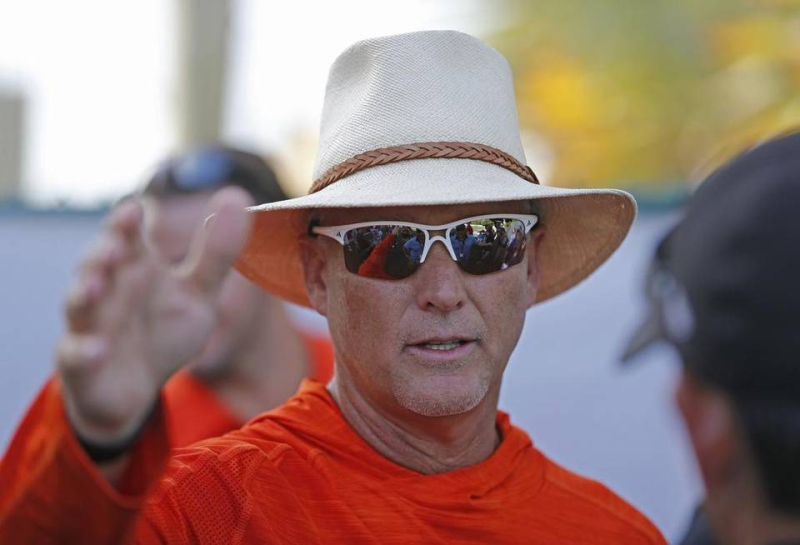 UM coach Mark Richt made his first public statements Monday about the dismissals of defensive end Al-Quadin Muhammad and linebacker Jermaine Grace, thanks to a fine interview by WQAM's Joe Rose and Curtis Stevenson.

Click here to find out exactly what he said on Muhammad and Grace.

After he spoke about those players, here are some of the highlights from his interview:

***On how UM will compensate for the loss of the two players: "There’s always somebody next in line and that’s what we have to determine...We’re working 1s, we’re working 2s, we’re working 3s. They’re all working the same reps. We’re not making up something new for the 3rd team who may now be a second teamer."

***Any specifics? "Again every defensive end on our board. Joe Jackson, the young kid, is probably getting more reps than he would have gotten before...

***On the linebacker position: "...all three of those linebackers [Shaquille Quarterman, Michael Pinckney, Zach McCloud] that came in at midyear, they may all start before the season is over. 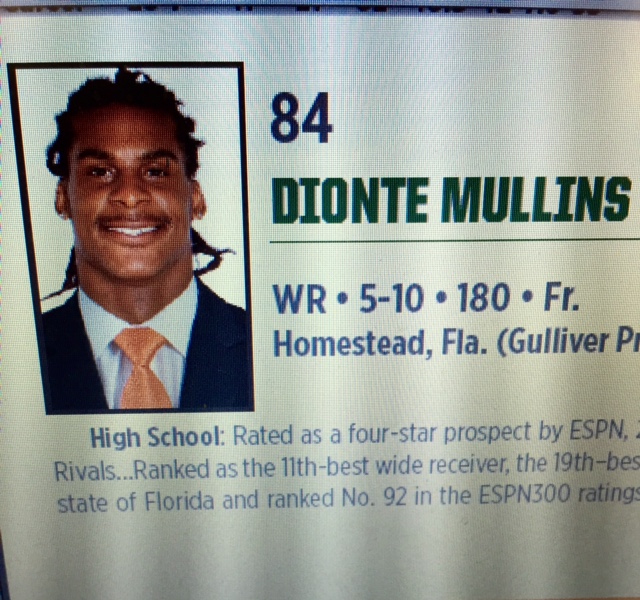 ***On the wide receiver corps: "We’re a lot better bunch than we were in the spring.'' Richt said that all three freshmen are expected to play this season. That would be Ahmmon Richards, Sam Bruce and Dionte Mullins. "The Mullins kids looks like he’s got some promise,'' Richt said.

*** Richt also praised walk-on redshirt sophomore receiver Mayweather, "who’s a walk-on who came in and really looks the part.'' Mayweather, listed as 6-1 and 185 pounds out of Olive Branch East Mississippi Community College, helped lead Olive Branch High to 2011 Class 6A state title and 15-0 record as a senior, recording 781 yards and five touchdowns on 41 catches. He originally was on UM's roster in 2013.

***On quarterback Brad Kaaya: "He already was a superbly accurate passer in my opinion, just outstanding in that way. For me he’s an outstanding decision-maker because he listens. He understands the system, why we’re working one side of the field as compared to the other and what progressions are and what he’s looking for in those progressions. I think he’s made a lot of improvement. I think he’s ready to go."

***The Canes were off Monday and will continue practicing on Tuesday for the 6 p.m. Saturday opener against FAMU.