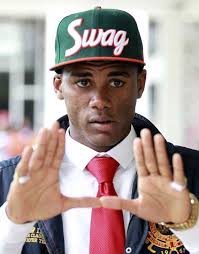 Following is what our Barry Jackson just reported on Miami football star receiver Stacy Coley, who has not been made available to talk to us all fall camp:

"2 pm Saturday: UM's investigation into players who might have used cars from a South Beach luxury car rental agency, in exchange for future promises, has expanded and now includes UM receiver Stacy Coley, according to a source with direct knowledge. As we have previously reported, Al-Quadin Muhammad and Jermaine Grace also are being investigated by UM for using cars from South Beach Exotic Rentals. UM, not the NCAA, is handling the investigation. UM has declined to say if any of the players will be suspended. Some UM players are expecting short suspensions for the players, but it remains unclear if that will happen. UM is still in the process of determing what, if any, discipline will be doled out."

As Canes fans know, Stacy Coley is without question one of the major talents on this offense, and without him the offense will be diminished. That's not to say he's getting suspended. I don't know right now. But it doesn't seem promising if indeed he is involved in this situation.

Coley, who has had an excellent fall camp, according to UM coach Mark Richt, chose to return to Miami for his senior season instead of entering the NFL Draft, giving the Hurricanes a major boost. The 6-1, 195-pound senior from Pompano Beach (Northeast High) played in 11 games last season. He had 47 catches for 689 yards and four touchdowns. He has 1,464 receiving yards and 11 touchdowns in his career.

In this past Wednesday night's scrimmage, Coley had five catches for 125 yards and two touchdowns. Hard to replace that type of talent.