Game Day: Miami at Virginia, where UM coach Mark Richt likely could have been 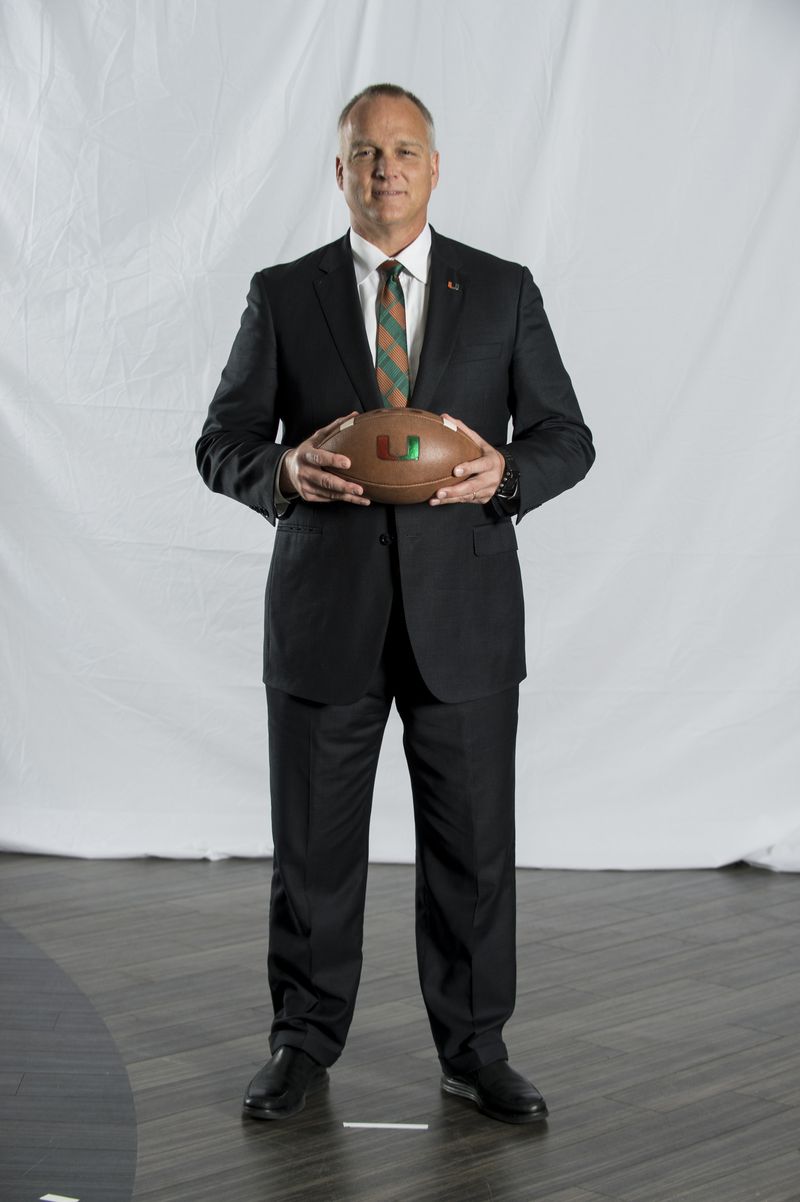 CHARLOTTESVILLE, VIRGINIA --  Game Day, on a beautiful, crisp day in Charlottesville, where temperatures will be in the mid-50s at kickoff and dip into the low 30s at night (when we're still working in an outdoor press box. Brrrr).

The Canes were favored by 10 1/2 points, a lot for a road game at a place where they've lost their past three games dating to 2010.

Before he was hired at Miami, Mark Richt was courted by Virginia a couple of times during his coaching career, including this past year after Mike London was let go -- and obviously before Bronco Mendenhall was hired by the Cavaliers.

Here's an exchange Richt had with a reporter on the Atlantic Coast Conference teleconference this week:

Reporter: "Sorry to bring this up again, but seems like you've been mentioned with Virginia a number of times over the years..."

Richt: "Well, it was funny. After I left Georgia, within about 24 hours, there was a lot of contact by a lot of people, universities, just to at least gauge some kind of interest in me and see if I had interest in them.

"I was actually going to take some trips to visit some places other than Miami. When I got down to it, I had a heart-to-heart with my wife. We basically said, this Miami opportunity, being my alma mater, being a team that has a chance to do great things, you knew it wasn't going to be open next year. So, I said, 'I'm going to start there, and if I like what I hear, then we'll jump on it.'

"As it turned out, we really liked what was happening. That's why we just ended up kind of exclusively talking to Miami once that thing happened. There were some thought about other schools. Virginia, you know, I actually interviewed for that job 15 or 16 years ago. Just a beautiful place, a beautiful school. If Miami wasn't there, it would have been interesting to us as well.''

Richt's  interview for the Virginia head coaching job came just before he got the offer from Georgia. “Me and my wife, we were very impressed,’’ he said of UVA. “I can’t say for sure what would have happened,’’ he noted, referring to if Georgia not come calling. “My brain doesn’t remember for sure if I was even offered the opportunity.’’

Last year, after Richt was fired from Georgia, rumors circulated that he was seen eating lunch in Charlottesville.

“No,’’ he said. “Must have been somebody else who doesn’t look very good eating lunch, that day.’’