« Miami Hurricanes' Tuesday morning practice report: who's missing? Who's back? | Main | Game Day: Miami at Virginia, where UM coach Mark Richt likely could have been » 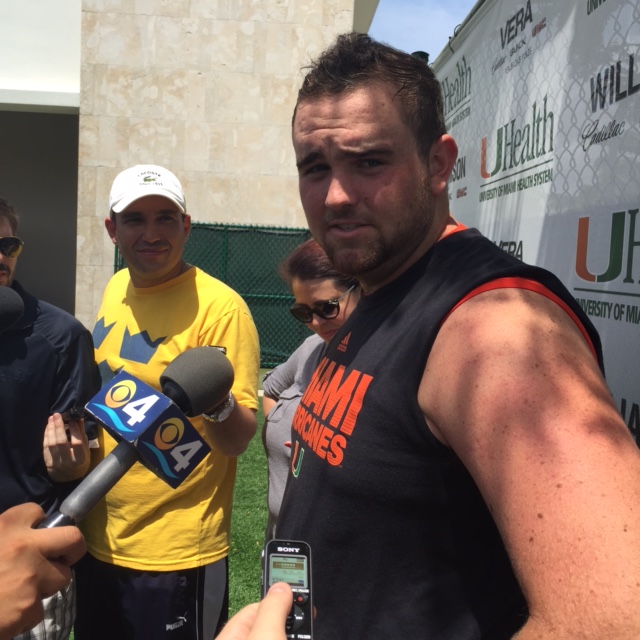 The Hurricanes (5-4, 2-3 ACC) released their injury report Thursday for the Miami at Virginia (2-7, 1-4) football game at 2 p.m. Saturday in Charlottesville, and it's bad news.

Center Nick Linder is out for the season after surgery for a shoulder injury. Senior Alex Gall will get his first start at center Saturday.

Left tackle Trevor Darling, whom coach Mark Richt said yesterday would play Saturday, is suddenly "doubtful'' with a "lower-extremity'' injury. But Darling is expected to travel to Charlottesville.

Defensive end Demetrius Jackson, who sustained a left-knee injury at North Carolina and has missed the past three games, is expected to play Saturday. But he is not expected to start, leaving Chad Thomas and Trent Harris as the starters.

"I think the guys love and respect him, but I think they feel that way about most of their teammates,'' Richt said of Jackson after practice Wednesday. "It's always good to have a guy back and just add more energy to the group, add more depth to the group. It's thin right now.''

Also new: The Miami Herald learned Thursday evening that defensive tackle Courtel Jenkins will not travel to the game, though the reason was not revealed. Jenkins, who has played in seven games, has 3.5 tackles for loss and eight total tackles.

Here is the injury report: